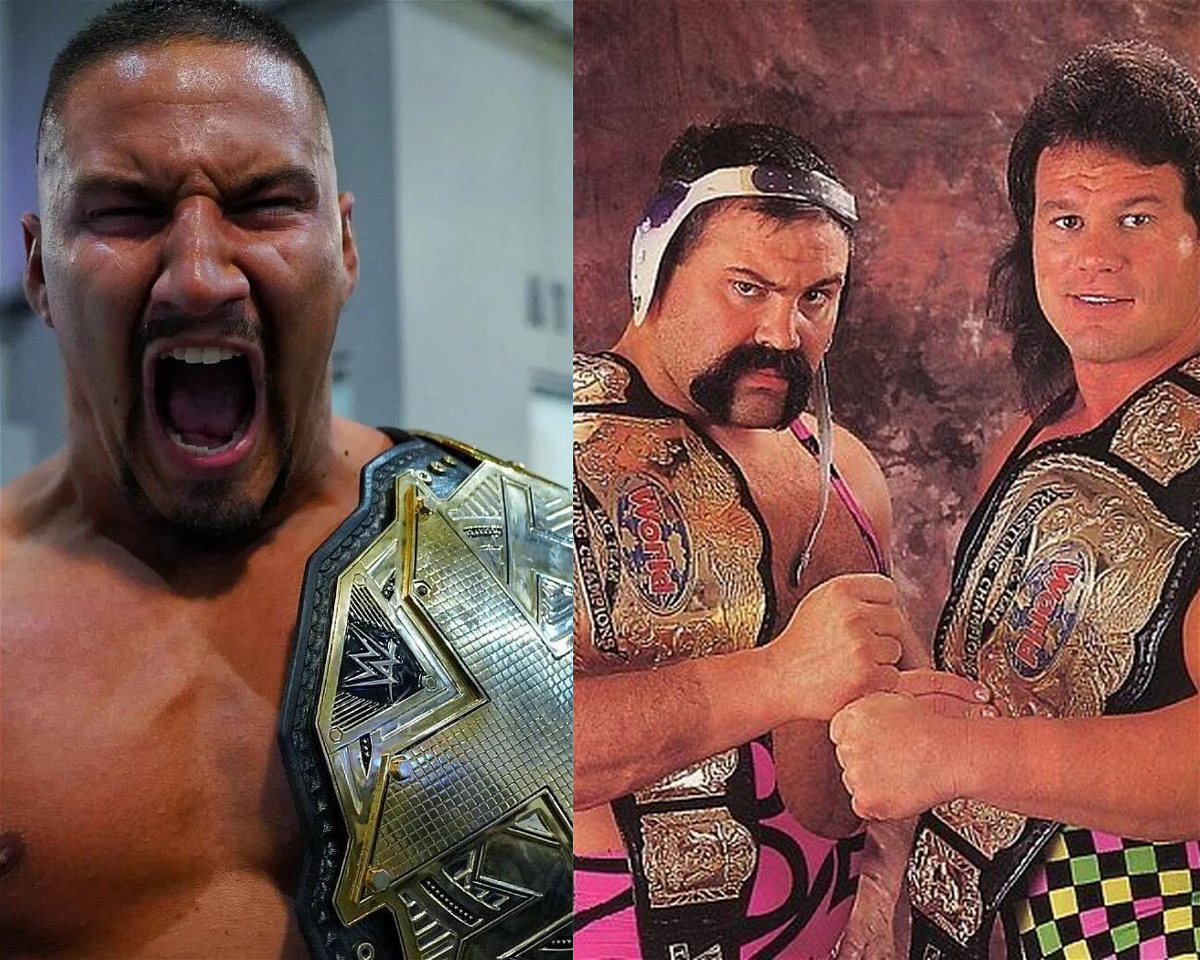 The Steiner Brothers have definitely had a career worthy of the WWE Hall of Fame. Rick & Scott Steiner tore up the wrestling world with their unique offensive move set and won tag team championships across the United States & Japan. Their induction speech was handled by NXT Superstar Bron Breakker; who cheekily brought up his Uncle’s infamous promo skills!

Given their history as 9x World Tag Team Champions, it is surprising that The Steiner Brothers aren’t in the Hall of Fame already. But that becomes clearer once you realize that Scott Steiner is one half of the iconic duo. The Genetic Freak has his own reasons to be miffed at the company. Big Poppa Pump’s singles run in WWE was severely underwhelming for both him and the fans.

Things got to the point where he left in 2004, and swore to never return to the company. In 2020, he doubled down on that stance, calling out Triple H for his backstage politicking and refusing to enter the WWE Hall of Fame as he thought it was a “f***ing joke” (click here for more on that). Clearly, Scott’s feelings have changed since then. And the cherry on top of his induction was the joke that his nephew Bron Breakker made during his introduction speech.

The Steiner Brothers take their place in the #WWEHOF! ???????? pic.twitter.com/7Xe44HDeWH

Bron Breakker is going to be WWE Champion one day. You heard it here first. The NXT Superstar has it all; the look, the moves, and the mic skills to go with it. He proved why he’s the total package yet again after SmackDown went off the air for the WWE Hall of Fame ceremony.

Before introducing his father & uncle to the rabid crowd, Breakker joked that handing a live mic to Scott Steiner was the “biggest risk of his career”. The Genetic Freak has had some rather infamous blunders on the stick in his illustrious career, most notable of all being the Genesis of Steiner Math.

Given his history with Vince McMahon, everyone expected something to go down. But surprisingly enough, it was one of the best moments in the history of the Hall of Fame ceremony.

The Steiner Brothers Rocked the WWE Hall of Fame ceremony

Scott Steiner was is amazing spirits last night, as he accepted his WWE Hall of Fame induction with utmost grace and respect. He also gave us a couple of brilliant road stories about Randy Savage, cows speaking in English (or close enough to it) and praised his family for making him the man he is today. You can check out the entire speech below.

Despite fan anticipation leaning towards the opposing end of the pole, The Steiner Brothers getting inducted to the WWE Hall of Fame was an emotionally-charged and positive moment. Let’s hope that Bron brings the NXT Championship home at Stand & Deliver tonight in their honor.