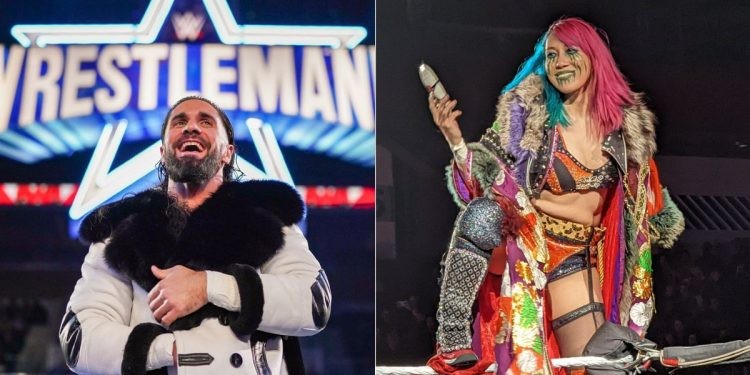 People noticed that Seth Rollins and Asuka‘s WWE names were botched in an advertisement posted on HardRock.com. WWE will host the Sunday Stunner live event at the Hard Rock Live at Etess Arena in Atlantic City, New Jersey. Rollins and Asuka are both scheduled to perform at the show.

Had to see for myself that this is real. WWE is back. pic.twitter.com/OYYYUVal1c

Did Seth Rollins and Asuka undergo a name change?

The aforementioned name changes of the Visionary and the Empress of Tomorrow took the fans by surprise. It was clearly a typing mistake by those in charge of putting out the advert since it is unlikely that Rollins and Asuka would change their ring names without any references made on television. Asuka recently returned to RAW, while Seth Rollins had been feuding with Cody Rhodes.

Both superstars are prominent features of Monday Night RAW and are highly decorated talents in WWE. Name changes at this point in their career would hurt their brand a lot. But name changes aren’t uncommon in WWE. Over the past couple of months, many superstars have undergone changes in their ring names.

The name changes are WWE’s attempt to stop wrestlers from using their real names or any part of it on screen. Vince McMahon doesn’t want to establish superstars with their real names. They could use their fame gained through the use of real names in other promotions. WWE has only allowed the use of names that are trademarked by the company.