WOAH! Cody Rhodes Sends Crowd Into a Frenzy With Historic Return at WrestleMania 38 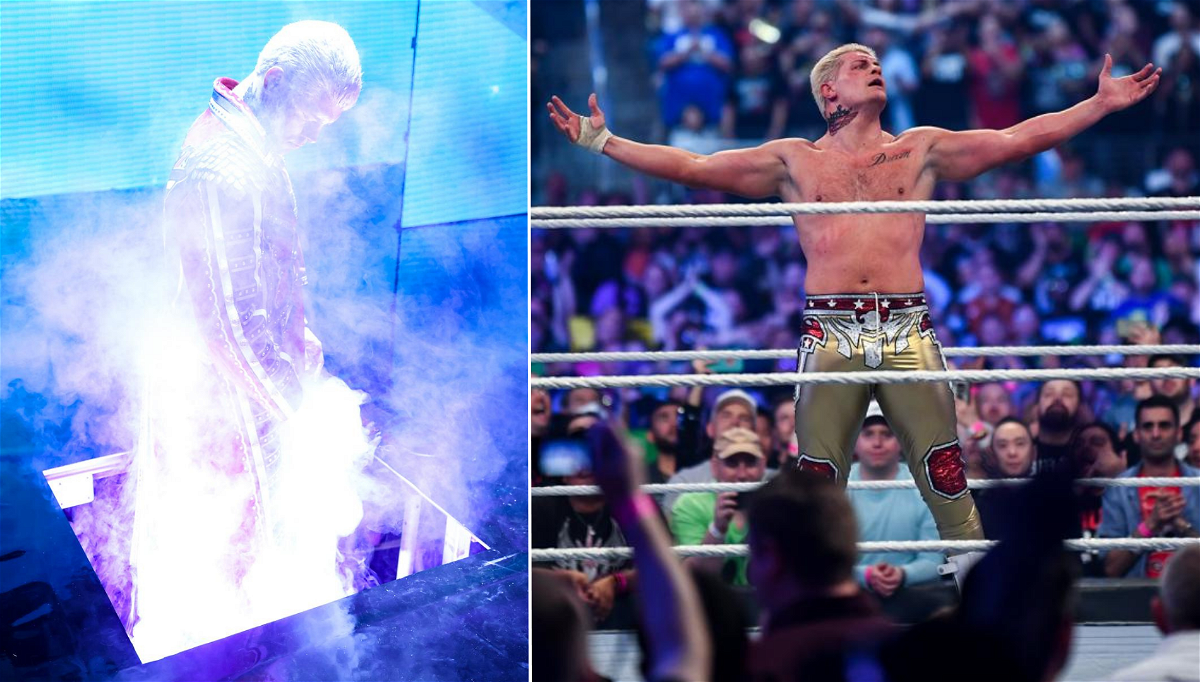 Cody Rhodes is Back in WWE

It finally happened! After weeks of speculation, Cody Rhodes has finally made his WWE return at Night 1 of WrestleMania 38. He took on Seth Rollins in what was possibly the best singles match at the Show of Shows in a very, very long time. Both competitors gave us one of the most surreal WrestleMania Moments of All Time.

Cody Rhodes hit the Stardust cartwheel and held up the sign.

I fucking love this. ???? #WrestleMania pic.twitter.com/5PqVrJPBAQ

Cody Rhodes left WWE in 2016 to pursue his passion

After having a disastrous run as the objectively creepy Stardust in the Cosmic Wasteland, Cody left WWE to make a name for himself. He toured the independent scene and put on stellar matches, holding championship gold everywhere he went.

In 2019, Cody became the face of the upstart promotion All Elite Wrestling. For 3 years, The American Nightmare served that company selflessly, becoming the inaugural and only 3x TNT Champion. But now, the prodigal son has returned home.

The Prodigal Son vs Dusty’s First Champion. The story writes itself. Seth Rollins was one of Dusty Rhodes’ personal favorites at NXT, and Cody is, well, Cody. From the moment that The Visionary hit the ring, we knew it was going to be something special. And then Cody’s music hit.

And everything went from special to downright surreal, very quickly.

This is undeniably a #WrestleMania moment. @CodyRhodes is @WWERollins‘ @WrestleMania opponent! pic.twitter.com/9c2bB56lfe

The pair had an amazing professional wrestling match that got the WWE Universe, Superstars (and Twitter) on its feet. Check out some of these reactions!

Seth Rollins vs Cody Rhodes is Match of the night.

Cody Rhodes vs. Seth Rollins one of the greatest wrestlemania matches ever! Seth finally got his mania classic match! Need more of these 2.

Cody Rhodes is damn megastar & I am so happy he’s home. #Wrestlemania

After paying tribute to his father with the Bionic Elbow, Cody Rhodes put Seth “Freakin” Rollins away for good, finishing him off with 3 Cross Rhodes.

Cody Rhodes defeats Seth Rollins in his first match back in WWE after 6 years.

Now, we wait to see what he has to say; at Monday Night Raw.