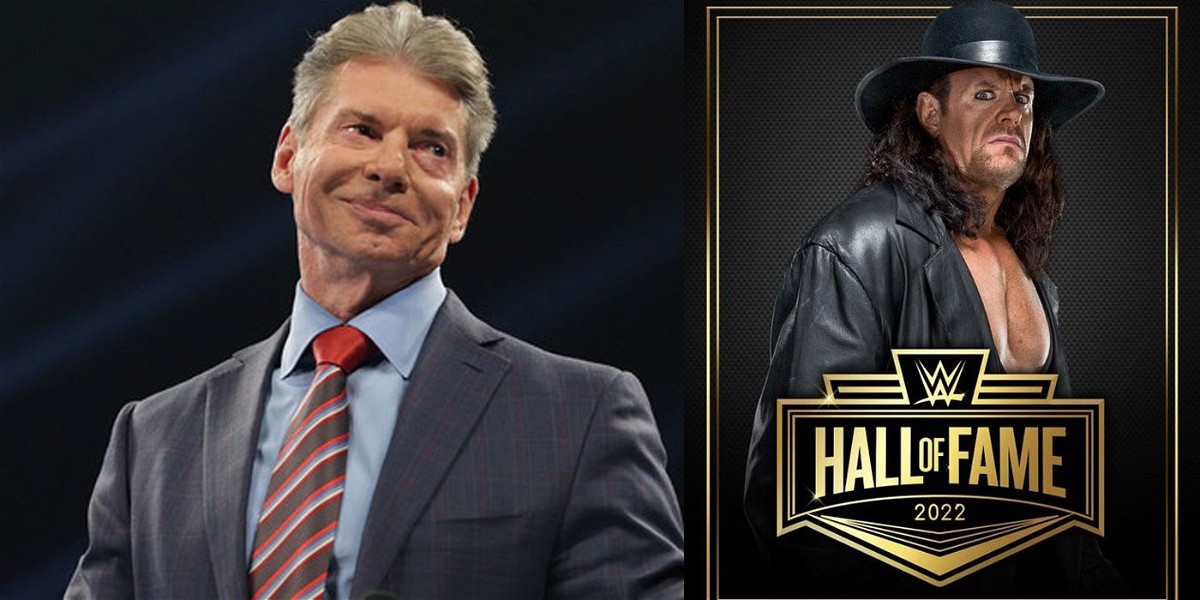 Vince McMahon to Induct The Undertaker (Image Courtesy: The Sportster)

Last night, the most iconic interview on the Pat McAfee Show took place. Pat McAfee’s special guest was none other than the Chairman and CEO of WWE, Vincent Kennedy McMahon. This is the first time that Vince McMahon was doing an interview outside the WWE in over 15 years. We got to see a very candid Vince McMahon. During the show, Vince McMahon broke the news that he will be the one to induct The Undertaker into WWE’s Hall of Fame.

As announced on The @PatMcAfeeShow, @VinceMcMahon will induct The @undertaker into the WWE Hall of Fame Class of 2022 on Friday, April 1. #WWEHOF https://t.co/byKhutIPnZ

The relationship between Undertaker and Vince McMahon

The Undertaker is a legend in the business. The Phenom is one of the pillars of WWE. He has been part of the company for over 30 years.  Vince McMahon and The Undertaker have travelled together for most of that time. Undertaker has portrayed several characters in his illustrious professional career. We have seen The Deadman, The Leader of the Ministry of Darkness and The American Badass. Every character that he portrayed, he nailed it.

The Undertaker has been open about his relationship with Vince McMahon. Taker has mentioned that if he ever returns to WWE, the first person he wants to hug is Vince McMahon.

During the Pat McAfee show, when the Chairman of WWE was talking about the Undertaker, he choked up. Pat and the rest of them in the studio cheered on hearing the news. Vince said,

“This is the hardest thing I ever had to do. Because I like the guy… I don’t just like the guy, I love the guy.”

While saying this, McMahon was choking up, we could see him trying to hold in his tears. Vince also talked about how Taker was one of the most loyal people that he has worked with. Both of them have also never talked about jumping ship and going to WCW.

After over 30 years of long roads traveled, countless hours of TV, and one hell of a ride together… couldn’t think of anyone better to put me in the #WWEHOF than @VinceMcMahon.
One final ride together, old-timer!!! https://t.co/hcAGtApTR0

The Dead Man is the first person to be inducted by Vince McMahon since the induction of Stone Cold Steve Austin in 2009.

How excited are you to see Taker in the Hall Of Fame? Let us know.