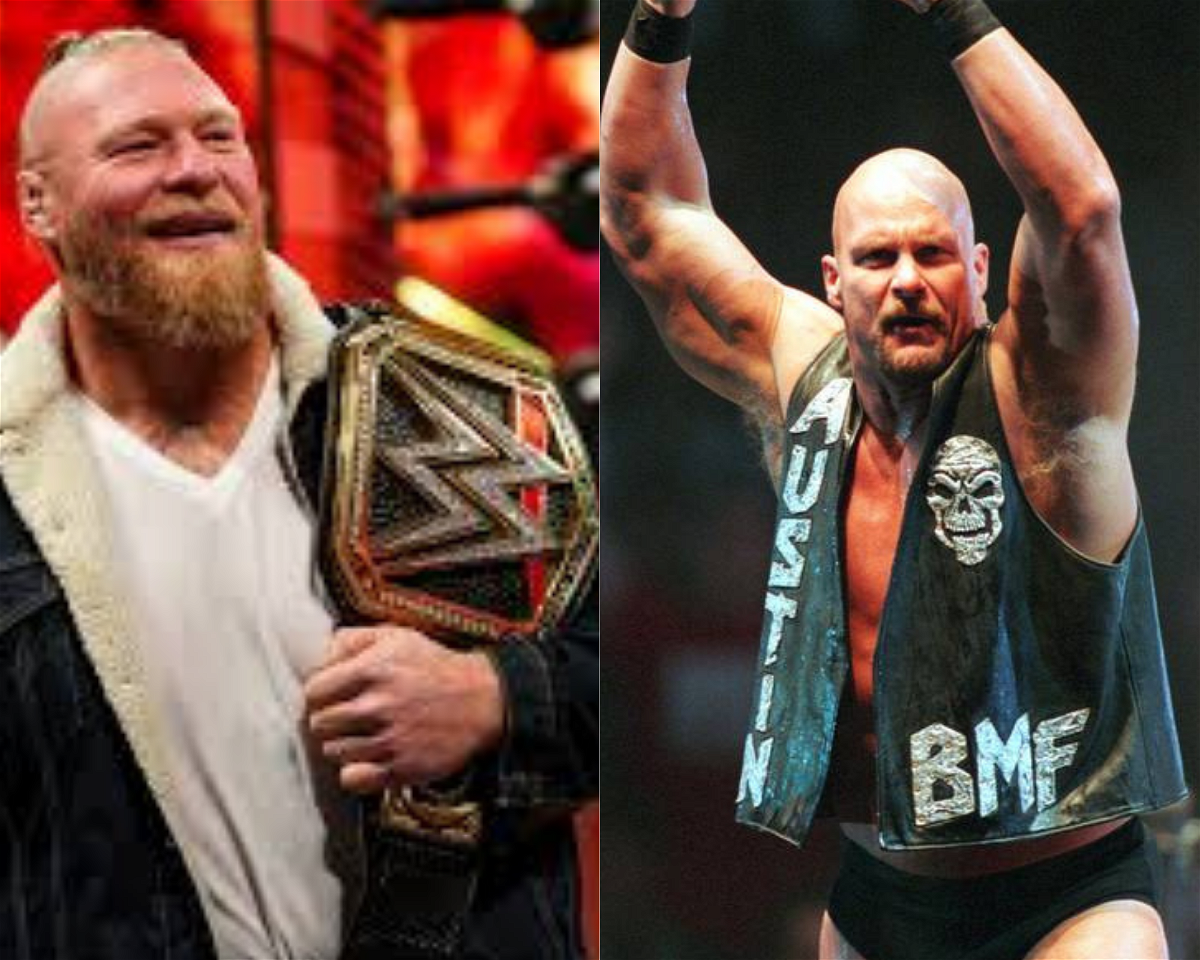 Brock Lesnar has conquered almost every big name that ever stepped foot in a WWE ring. Hulk Hogan, The Undertaker, Dwayne “The Rock” Johnson, Triple H, John Cena; from Attitude Era stalwarts to Modern Era superstars, The Beast has fought them all. Except one man; and last night at WrestleMania Raw, he called that man out!

.@undertaker has a #WrestleMania warning: Don’t be fooled by #CowboyBrock‘s smile ???? pic.twitter.com/nEqNf5KGfR

Since his debut on March 18, 2002, Lesnar was ear-marked to become The Next Big Thing (click here to find out how he got that nickname). He won almost every match he was in, and racked up accolades in a matter of weeks.

Lesnar became the youngest WWE Champion in history at SummerSlam 2002, when he beat The Rock for the title 126 days into his career. That was probably the biggest win of Brock’s career at that time; but things could’ve been very different just a couple of months before that PPV.

In an effort to make Lesnar The Next Big Thing in more than just name, WWE booked him to win the 2002 King of the Ring Tournament. Brock defeated Bully Ray, Booker T, Test, and Rob Van Dam- in that order- to claim his crown. But the first name on that list could’ve been very different.

“Stone Cold” Steve Austin infamously took his ball and went him when he was asked to job to Lesnar in the opening round of the tournament. The Rattlesnake respected Lesnar’s work and was willing to work with him, but he would’ve preferred a better build to the match and a big-money pay-off at a Big 4 PPV.

Instead, Steve Austin had his last WWE match at WrestleMania XIX where he lost to The Rock in a poetic finish to their epic trilogy. He returns to the ring 19 years later to face Kevin Owens (click here to know more), and might just get the chance to have that match.

Cowboy Brock Lesnar had Pittsburg on its feet

Brock was feeling himself last night. The Beast Incarnate opened the show with a fiery babyface promo that proved- once and for all- that Brock Lesnar is doing just fine without Paul Heyman.

Cowboy Brock told the crowd assembled in the PPG Paints Arena a little story about his Main Event match against Roman Reigns at Night 2 of WrestleMania 38.

The Beast informed Reigns that his visit to Suplex City would be a rather eventful one, as he listed off all the Broadway Shows & Carnival Rides they were gonna get on. The crowd broke out in “What” chants as Lesnar was mouthing off on Reigns, and The Beast decided to play into it with a cheeky dig at “Stone Cold” himself.

“He Didn’t Kick My A**” – Brock Lesnar during WrestleMania Raw

Lesnar is a big fan of doing Stone Cold impressions, as we know from his appearance on The Pat McAfee Show. So when Pittsburg revived The Rattlesnake’s Greatest Fan Chant, Lesnar knew what to do. The Beast said;

“Yeah, play along, that’s alright. We are gonna hit the carnival, we’re going to a ride on the F5, and nobody survives the ride on the F5. Yeah, Steve will be there too. Steve Austin. He is an a**-kicker like me too, but he didn’t kick my a**.” – Brock Lesnar at WrestleMania Raw

The Texas Rattlesnake has repeatedly stated that he is in no condition to have a proper match-up with anybody. That’s why his appearance at WrestleMania 38 is during a talk show segment.

Headed to Dallas, TX for #wrestlemania 38. Bringing One Last Can of Whoop Ass. See u there @FightOwensFight. And that’s the bottom line. RT @WWE: OH HELL YEAH!@SteveAustinBSR has accepted @FightOwensFight‘s #WrestleMania 38 invitation! pic.twitter.com/pzAZXiiMYV

But this match is something that can pull back every lapsed pro-wrestling fan into the mix, while creating millions of new ones.

Brock Lesnar vs Steve Austin is one of the biggest box-office attractions that never ended up happening, and if WWE can somehow figure out how to get this on a PPV, they’ll be counting the revenue they get from that match for the rest of the decade. Book it, Vince; we’re watching.