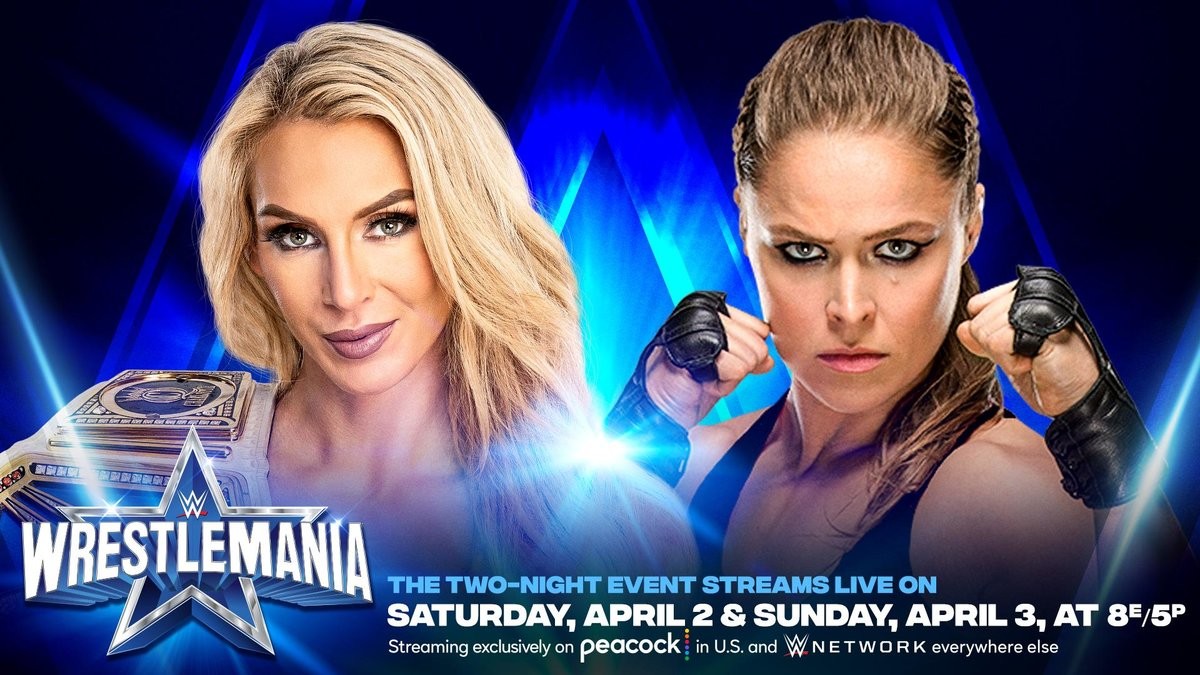 It is no big secret that Ronda Rousey won this year’s Royal Rumble and has decided to challenge ‘The Queen’, Charlotte Flair for the SmackDown Women’s title at WrestleMania 38.  But not a lot of people know that Charlotte had been wanting to fight the Baddest Woman on the planet for a long time. Charlotte has been calling out Ronda Rousey even before she signed with WWE.

The Diva’s Champion vs UFC Champion?

Charlotte made her main roster debut in 2015. Shortly after her arrival, the Queen became the Diva’s Champion ending Nikki Bella’s 301-day title reign. It was around this time that Ronda Rousey revealed her interest in joining WWE. During an interview with Fox Sports, Rousey said that she wants to be UFC and WWE Diva’s Champion. Charlotte took this opportunity to issue a challenge to the Baddest Woman on the Planet.

Ronda was ready for the challenge. This got the fans excited. It was being rumoured that Charlotte will face ‘Rowdy’ Ronda Rousey at WrestleMania 32. It could have been the first-ever Women’s Main Event at WrestleMania. Unfortunately, Rousey decided to continue her UFC career. The Queen went on to defend her title against Becky Lynch and Sasha Banks for the WWE Women’s Championship.

Even after WrestleMania 32,  Charlotte had been pushing to face Ronda Rousey. In 2018, at the Royal Rumble event, The Baddest Woman on the Planet showed up and made it clear she has arrived at WWE by pointing at the WrestleMania sign.

Ronda had a mixed-tag team match at WrestleMania. Shortly after that Rousey won the Raw Women’s title. She was set to face the SmackDown Women’s Champion, Becky Lynch at Survivor Series. Unfortunately, due to an unexpected injury, Becky had to sit out for the match and she chose Charlotte as her replacement.  The Queen finally got her dream match at SurvivorSeries.

It was a brutal match. The WWE fans got everything they wished to see except for a proper finish. Rousey won the match, but it was because Charlotte lost her temper and went berserk on Rousey with a kendo stick.

Charlotte and Rousey then butted heads at WrestleMania 35. It was the first-ever Women’s match to main event WrestleMania and Becky Lynch was also part of the match. Lynch was not just part of it but she got the last laugh as she emerged the victor.

The Dream is fulfilled

Rousey took a longtime hiatus from WWE. She made her return at this year’s Rumble and eliminated Charlotte Flair to win the match.

Ronda has chosen Charlotte Flair as her opponent for WrestleMania 38. The Queen is beyond happy as her long-time dream to main-event WrestleMania in a single’s match against Rowdy Ronda Rousey is finally coming to fruition.

After the encounter at the Royal Rumble, Charlotte and Ronda faced each other in a tag team match at Elimination Chamber. Rousey despite having one hand tied to her back still dominated the match. Charlotte decided to stay back on not attack Rousey head on.

WrestleMania is still 6 weeks away, we can expect a lot more to take place between these two.

Are you excited about this match? Share your thoughts with us in the comments below.