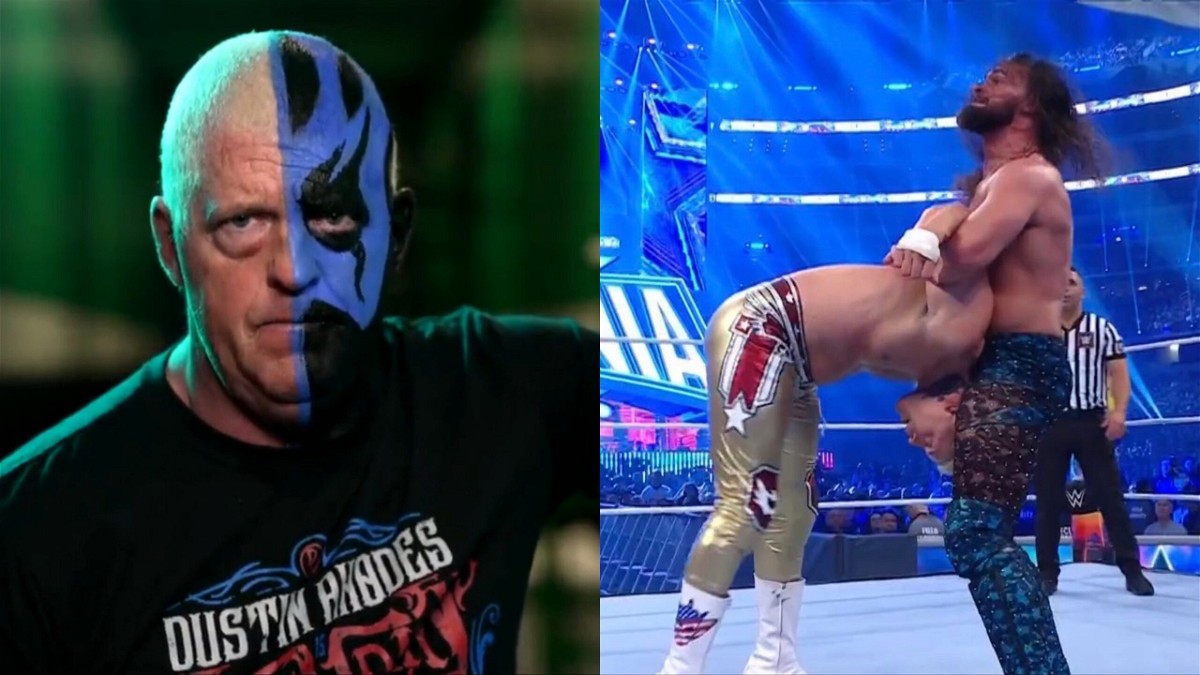 After months of rampant rumours of Cody signing for WWE, the hottest free agent in the world finally came back to WWE at the biggest stage of them all. He took on Seth ‘freaking’ Rollins in the undercard to ‘Mania on his return match.

They had a match that did not follow the usual patterns of WWE matches. Unlike the usual spamming of finishes, Seth and Cody decided to take more of a methodical approach towards the bout. They focus more on mat wrestling instead of power moves and delivered the best match of the night.

However, it wasn’t completely devoid of big moves. At a certain stage of the contest, ‘The Architect’ hit Cody with a pedigree. Following that, his brother Dustin Rhodes tweeted,

Pedigree is the signature move for recently retired WWE legend Triple H. Hence the tweet from Dustin can be interpreted as a dig toward Hunter. Dustin previously wrestled under WWE under the gimmick of ‘Goldust.’ He left the company in 2019 to join Cody in AEW.

Cody Rhodes reacts to his successful return at WrestleMania 38

Cody Rhodes successfully returned to the company that he left in 2016. He defeated Seth Rollins in an insanely technical and entertaining match. After the match, Rhodes finally opened up on his WWE return. He spoke about how he felt 6 years ago during his last appearance at the ‘show of shows.’ The 36-year old was grateful for the journey he had outside WWE. However, Cody called his return to the company ‘the easiest decision ever.’

EXCLUSIVE: Hear what @CodyRhodes has to say following The American Nightmare’s return at #WrestleMania! pic.twitter.com/eoHrV51BVf

He also addressed the speculation surrounding his return and called it ‘the worst kept secret ever.’ Cody also expressed his gratitude to all the fans in attendance for cheering his name. He was visibly emotional during the interview as he stated what it meant for him to perform in front of a sold-out Texas crowd of 77,899.

The night was full of memorable moments. From Logan Paul’s impressive display at the event to Steve Austin‘s in-ring return after 19 years, catch all the results and highlights here.