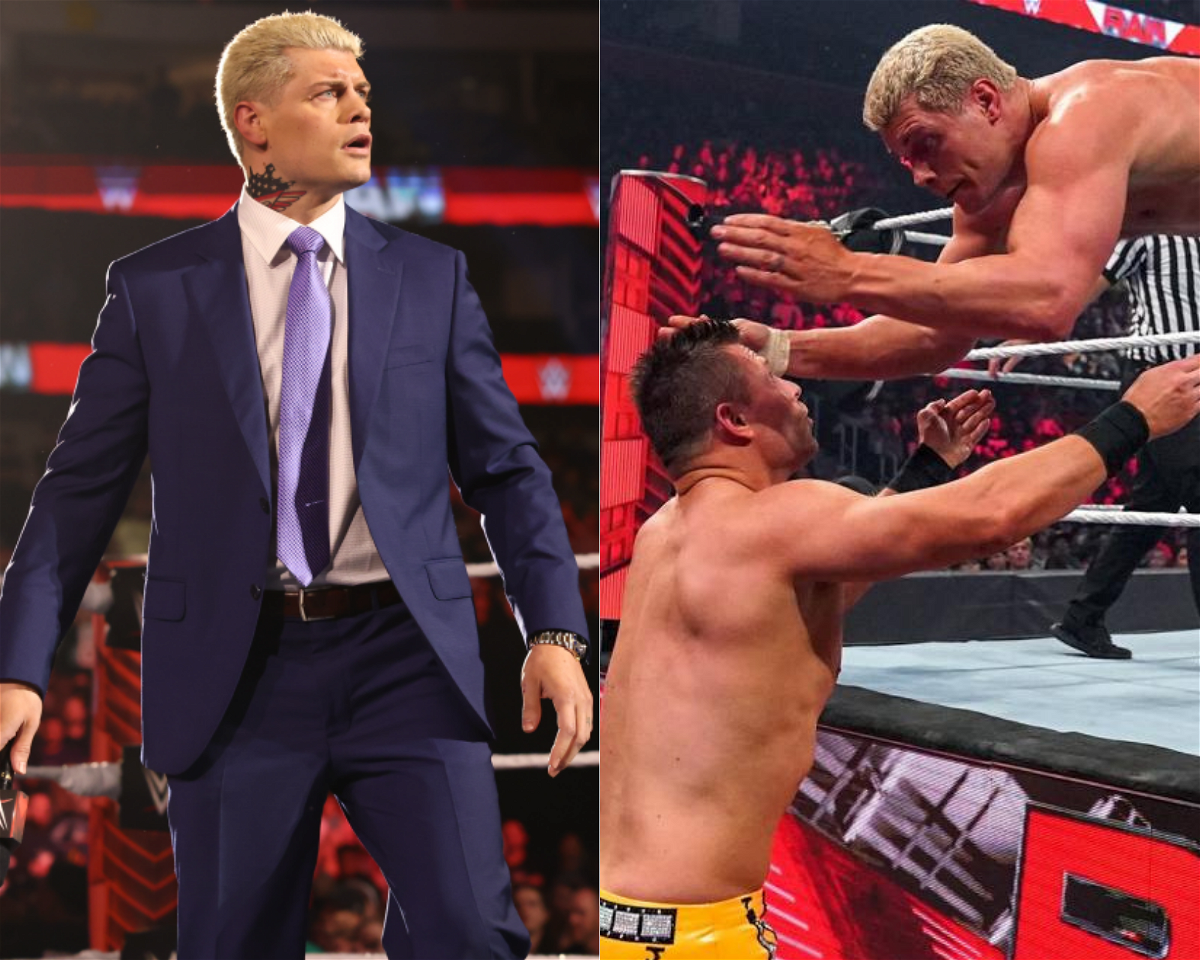 Cody Rhodes has had one of the most-sensational WWE returns of all-time. He stunned the WWE Universe at WrestleMania 38 and moved them to tears at the Raw After WrestleMania. The American Nightmare followed it up by having hi 1st match on Monday Night Raw in 6 years last night, and he was pumped about it.

CODY RHODES is victorious in his first match back on #WWERaw in six years!@CodyRhodes pic.twitter.com/IV3etEpmJd

Cody Rhodes is the first major defector from AEW

It’s wild to think that just 3 month ago, Cody was the TNT Champion. The former Executive Vice President shocked the wrestling world when he announced that he was leaving All Elite Wrestling; a company he helped create.

Since that news broke, The American Nightmare had been linked with a move back to the place where he started his journey in professional wrestling. Though Cody himself kept quiet on the matter. And then, he was unveiled as Mr. McMahon’s handpicked opponent for Seth Rollins at WrestleMania 38 and the AT&T Stadium lost their minds.

The fact that Cody Rhodes is back in WWE is huge; he created the first major competition to the promotion since WCW 20 years ago! But if WWE continue treating him the way they are right now, he won’t be the last defector from AEW to join Vince McMahon’s company.

The American Nightmare cut an impassioned promo last week where he made his intentions clear; he was coming for the Big One. The one thing his family’s legacy lacks. The one thing they’ve been denied; the Undisputed WWE Universal Championship.

It would’ve been so easy to put The American Nightmare in a program with Roman Reigns right away, but instead, WWE decided to pair him with The Miz tonight and that was the perfect call. The A-Lister called Rhodes out for using “banned terms” in WWE and being full of himself, addressing issues most critics have been echoing about his return. Cody then silenced them and “Reliable Mike”.

After dropping Miz with the Cody Cutter and accepting Seth Rollins’ challenge for a re-match at WrestleMania Backlash, Cody was met backstage by Sarah Schreiber and gave a pumped-up interview talking about everything that had transpired.

Cody Rhodes put over both Rollins & Miz like a true professional; and yes, we hope WWE does keep the pyro going! The American Nightmare is set to meet The Visionary at WrestleMania Backlash for Rhodes vs Rollins II; and we are ready to see how it unfolds.

How Many Teams Did Shaquille O’Neal Play for in His NBA Career?