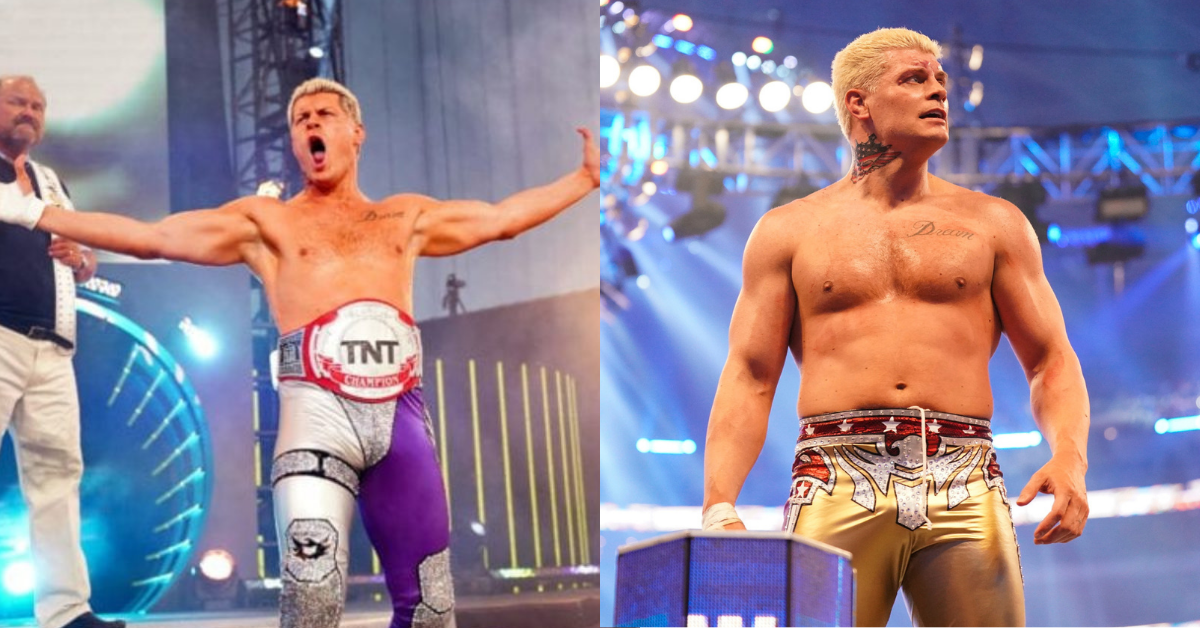 Cody Rhodes joining WWE isn’t historic just as a WrestleMania moment; although his return at WrestleMania 38 was the highlight of the event. The American Nightmare founded the biggest rival promotion to the WWE in 2 decades and held a management job in it. His departure from All Elite Wrestling caused a seismic shift in pro-wrestling; and we now know why.

Cody Rhodes is a founder and former EVP of AEW

It’s crazy to think that in 2 years, Stardust went from The Cosmic Wasteland to creating his own wrestling promotion. But The American Nightmare did prove that he was undeniable when he helped created AEW as a founder and Executive Vice President. Under Cody’s leadership, the TNT Championship has become one of the most-prestigious titles in pro-wrestling today.

Making their way to the ring, it’s #FTW Champion @starkmanjones here in his hometown of New Orleans, and @truewilliehobbs! #AEWDynamite is LIVE on @TBSNetwork right now! pic.twitter.com/Vze9NzRlwK

He also helped launch the AEW Community Outreach Program, in what would become his last major contribution to the company. Cody Rhodes left the company in February 2021 after failing to agree on terms with Tony Khan.

The American Nightmare was a big part of the early days of All Elite Wrestling, giving the company its 1st 5-star match at its 1st PPV. But balancing an in-ring career with management duties is a tough job, as Cody admitted in a recent episode of Out of Character. You can check it out below.

What’s interesting is, at the 24 min 35 sec mark, he reveals the real reason for previously saying he wasn’t “mature enough” for the job. Cody Rhodes said that boxing himself out of ever challenging for the AEW World Championship was a “bad political decision” when in hindsight, he is in the prime of his career.

This finally answered a question wrestling fans have been asking for months now. While Cody went on to state that his relationships with his former EVPs and Tony Khan were indeed great, he felt like he was the best wrestler in the world and that becoming World Champion was his destiny. Judging by WWE’s plans for Roman Reigns and his Undisputed WWE Universal Championship, we’d say that feeling is about to become reality pretty soon.