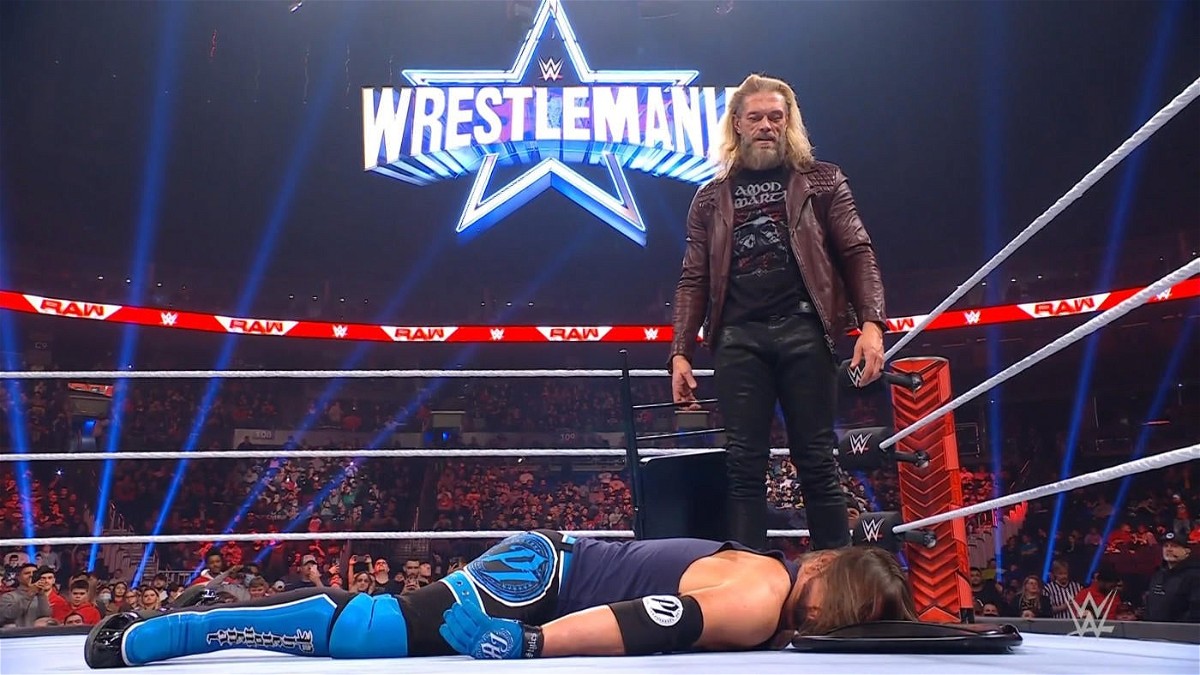 On this day, we see clearly, it’s the Road to WrestleMania; and Edge is feelin’ heely. The Rated-R Superstar made his fairy-tale comeback to Sports Entertainment in 2020 and has been doing stellar work since his return. Roman Reigns, Seth Rollins, Randy Orton, The Miz; every time Edge steps in the ring, he elevates his opponents. And now, it looks like he’s found the opponent who will help solidify his legacy in WWE.

Looks like we know who’s up for the challenge! Are we going to get @EdgeRatedR vs. @AJStylesOrg at #WrestleMania?! #WWERaw pic.twitter.com/YIzW7dPSRF

Edge had to retire in 2011 due to multiple, severe neck injuries

So many performers have had their careers shortened thanks to injuries. In 2011, Edge joined that list. The Rated-R Superstar was one of the best performers on the WWE Roster, period; but that level of performance comes at a cost. Nearly a decade of getting dropped on his head-and-neck gave Adam Copeland cervical spinal stenosis, and it looked like it was all over for him.

He was even inducted into the WWE Hall of Fame the very next year, as a just recognition for his company-carrying efforts. No one thought he’d ever come out of retirement, but then Daniel Bryan became an active performer again. Suddenly, an in-ring return for Edge didn’t seem all that crazy. And then during the 2020 Royal Rumble match, Alter Bridge’s Metalingus hit the speakers and the crowd had an absolute meltdown as The Rated-R Superstar made his comeback after 9 years of inactiveness.

Both performers have wanted this match for years, with AJ even publicly admitting the same on multiple occasions. Well, it looks like Styles is finally going to get his wish.

During last night’s episode of Monday Night Raw, Edge was in the main event segment asking who had the guts to step up to the plate, when Styles answered the call.

What looked like a fired-up conversation between two top-tier competitors soon became an uncomfortable watch, as Edge turned heel on AJ Styles, hitting him with 2 brutal Conchairtos in the process.

The assault came as a shock to everyone, especially considering the fact that Styles had been working as a villain up until his recent split with Omos. If anything, it makes their ‘Mania match that much more compelling, as we haven’t seen Edge don his Ultimate Opportunist persona in a very long time. Here’s hoping WWE doesn’t do a repeat of the disaster of a feud that was the AJ Styles vs Shinsuke Nakamura, and let’s these Legends have the 5-star quality match-up we know they can put on. Please, Vince; DON’T book it yourself.