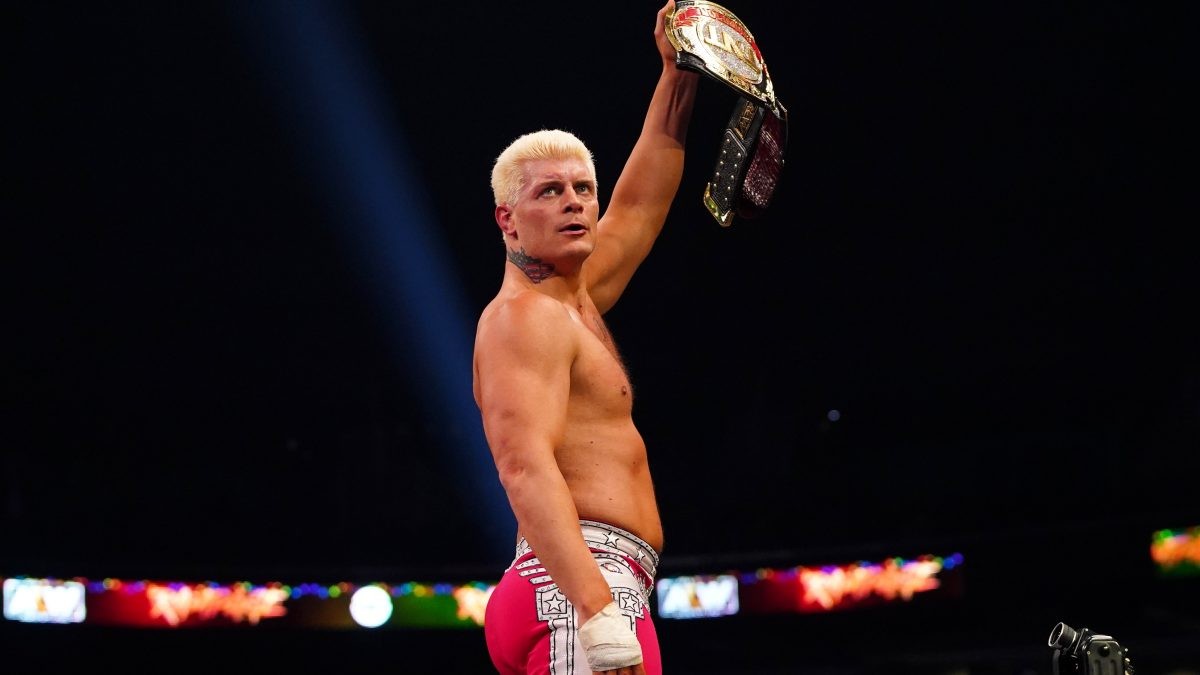 In the end, money is where all Rhodes lead to. When The Elite announced the creation of their very own wrestling promotion backed by the Jacksonville Jaguars’ principal financier Shahid Khan on December 31, 2018, there were 4 people at the very center of the action. Fast forward 3 years, and one of them is already on his way out of the company following weeks of speculation. Cody Rhodes left All Elite Wrestling on February 15th, 2022 after spending 37 emotionally-charged months with the promotion; and as it turns out, it’s all about business.

Cody Rhodes was the unsung 5th pillar of AEW

When Cody Rhodes came into All Elite Wrestling, he was its most-consistent star. He had the best match on their debut PPV with his brother Dustin, and had been making immense strides in the world of entertainment, especially with his reality TV show “Rhodes to the Top” (whose future is also in doubt). He was one of the most visible stars as well, putting on incredible matches night after night. As the inaugural TNT Champion, Rhodes wrestled some of the brightest names from the independent circuit and helped recruit them into AEW.

Some of them are core members of the promotion today; Sammy Guevara, Eddie Kingston, Ethan Page, Darby Allin, they all broke into AEW thanks to Rhodes’ TNT Championship Open Challenge. Even after the crowd turned its back on him, Cody literally put himself on fire to entertain the masses. Sadly, his generosity in the ring hasn’t translated as well as he’d hoped for.

Cody Rhodes left because he didn’t get an agreeable contract

From January 2022, Cody Rhodes had been working independently on a “handshake deal”. We now know why. Various sources, including Andrew Zarian, PWInsider’s Mike Johnson and Dave Meltzer himself have reported that the Rhodes couple decided to part ways with Tony Khan and his promotion due to disagreements over monetary compensation. Till August 21, 2021, Rhodes was a top guy in AEW, with a salary package that was only rivalled by Chris Jericho’s. That all changed when CM Punk, Bryan Danielson and Adam Cole made their way to the company.

These big-time signings made Cody see the writing on the wall for his future in AEW. In professional wrestling, if you aren’t getting paid top dollar, then you are not the top guy anymore. Cody Rhodes is an old-school wrestler, and he knows the business better than most people. The decision was pretty much made for him when Tony Khan didn’t match the price he was asking for.

Will Cody Rhodes go to WWE?

It remains to be seen. On one hand, it makes perfect sense. WWE is familiar territory for Rhodes and he will prove an invaluable asset to them no doubt, as he is fully aware of the inner workings of All Elite Wrestling. On the other hand, there is every promo Cody Rhodes has cut since 2016. Something tells us that Cody’s return to the WWE will be less of a homecoming and more of a lesson for anyone else who thinks about leaving the company of their own accord. But like we said earlier, that remains to be seen.