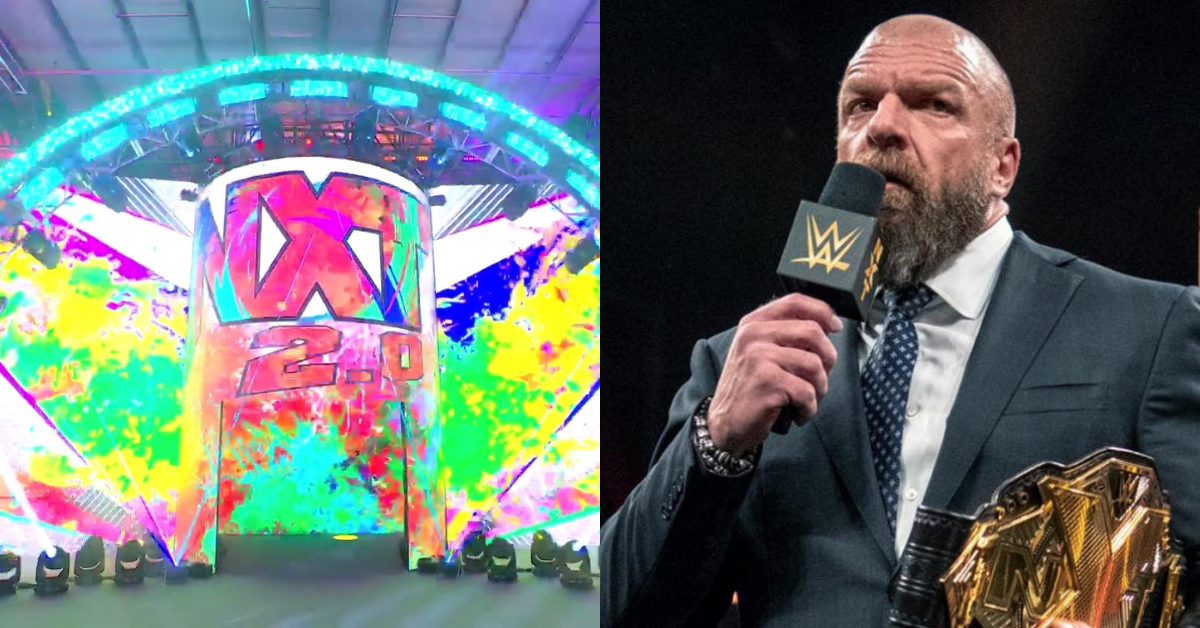 Triple H will go down in history as one of the greatest figures in pro-wrestling; period. The 14x World Champion has been a figurehead of WWE for 3 decades, and has been directly responsible for cultivating its new generation. Since retiring from the ring, he has broken his silence on many questions we’ve had for months now; including his thoughts on NXT 2.0.

When NXT was created in 2010, it was a wacky game show and Florida Championship Wrestling was WWE’s true developmental territory. But then in 2012, Paul Levesque took over as the Executive Director of the show and turned it into a diamond mine; no pun intended.

Under Helmsley’s guidance, NXT became the hottest brand in the world, garnering a cult following that religiously watched every episode on the WWE Network. The brand would also attract some of the biggest names in independent wrestling.

In 2019, after AEW came onto the scene, NXT started airing on the USA Network on Wednesday nights. But they would soon be muscled out of that spot, in less than 2 years.

In a recent interview with The Athletic, Helmsley revealed that the NXT 2.0 reboot was always the plan, especially since the COVID-19 pandemic.

“The pandemic (messed) it up a little bit because it was right when we went on TV and we had to shift our focus, doing it in front of no people. It completely altered what we were doing. We couldn’t recruit or train talent for almost two years…. But the show stayed. Then we said, OK, let’s reboot it and go back to what we originally were.” – [H/T – The Athletic]

Triple H gambled on the fact that the core NXT audience would stick with the show, and it has paid off because in his own words, the “numbers have stabilized”. He added that he believed putting fresh faces on TV wasn’t a bad idea, because it helped boost their growth process.

“People like Bron Breakker, he’s been training for a year. Half the women, they’ve been here a year maybe. There’s a lot that’s just so fresh and new. People used to say the constant churn of NXT was a negative. The churn is what’s great about it. The people here now, hopefully a year and a half from now, none of them are even in NXT anymore, and the ones that make it will be on to Raw and SmackDown.” – Triple H

While NXT 2.0 might not be for everyone, we cannot deny that the system is indeed working. Bron Breakker, The Creed Brothers & Grayson Waller especially look set to break-out any moment; so it looks like the decision to re-boot is paying off much better than WWE or their fans could’ve hoped for.