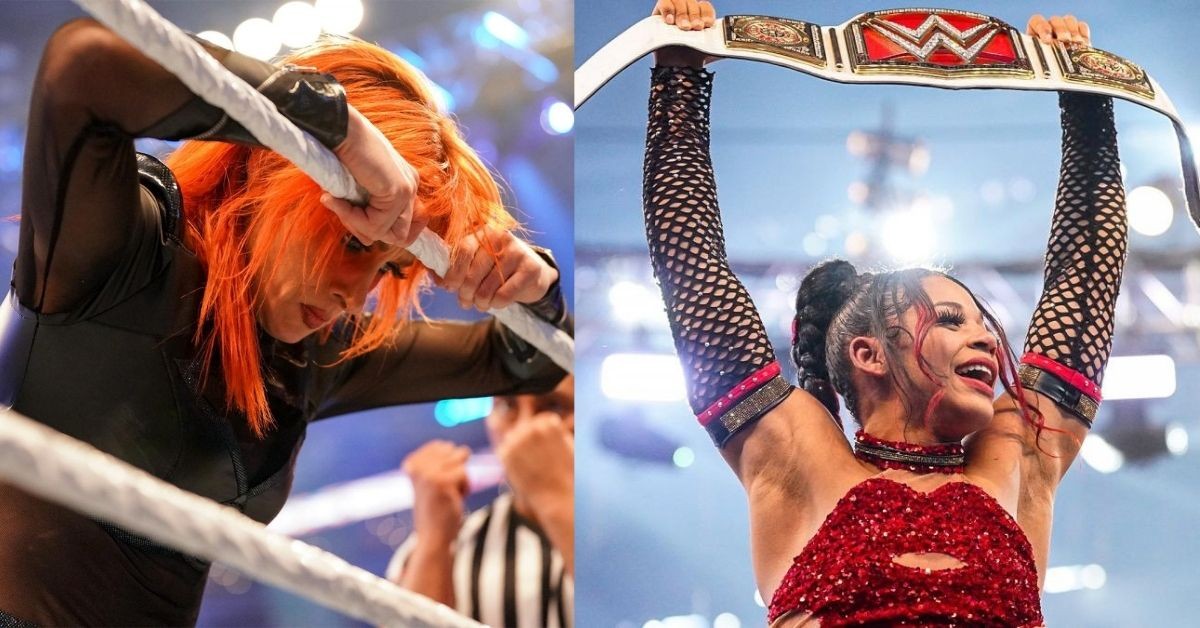 Becky Lynch entered 2022 as the Raw Women’s Champion with a 26-second pin-fall victory over Bianca Belair. Neither of those accomplishments mattered come WrestleMania 38, when the EST of WWE de-throned Lynch in a sensational match-up. Big Time Becks returned to our screens after a 3-week absence; and she’s now revealed why.

Fans were worried when The Man returned as a heel and squashed one of the fastest-rising prospects in WWE history. But their fears were alleviated with every passing week, as The Fighting Champion transformed into Big Time Becks; the arrogant, smug, blockbuster attraction who claimed to have been Raw Women’s Champion for 3 years & running.

Since returning at SummerSlam 2021, Lynch has greatly elevated the stock of fellow main roster peers Liv Morgan & Doudrop. She got to not only share a ring with her childhood idol, but beat her at Elimination Chamber. And she has been engaged in the best long-term women’s rivalry in recent memory. But since dropping the title to Bianca Belair at ‘Mania 38, Big Time Becks hasn’t been seen on TV. Initially, she claimed it was because she couldn’t enter that ring without her title.

Now, it looks like the reason was far more sinister; even if it stems from a kayfabe point of view!

Ahead of her much-anticipated return to Monday Night RAW this week, Big Time Becks made an appearance on Drew Garabo Live Featured Cut Of The Day where she revealed her initial reaction to losing her “precious”, and how it might have landed her in prison, saying;

“I’ve had a lot of soul searching over the last 3 weeks. I’ve had to come to peace with a lot of things. There was a lot of injustices thrust upon me. I had my body scarred by Bianca, I had my soul crushed by her, my hair cut by her, and then she robbed my title. So I had to take a second, because I have a daughter, and I didn’t want to go to jail. I knew if I confronted her right away, eh, there might not be a Becky Lynch anymore. So I’ll be back tonight with a vengeance.” – Becky Lynch

Given the borderline-psychotic promo she cut upon her return, there is every possibility that Becky was only half-joking in that moment. But every expectation she had was thrown out of the window on Monday because as The Man was promising us no one would be able to stop her once she regained her title, she was interrupted by the very woman she relinquished it to in 2021; Asuka!

The Empress of Tomorrow strode down the aisle to a thunderous ovation and immediately put Big Time Becks on notice, prompting her to tweet this in response:

For now, it looks like Becky Lynch vs Asuka is the plan going into WrestleMania Backlash, because the EST of WWE still has unfinished business with Sonya Deville. However, if WWE somehow manages to ditch that feud and slot Bianca into this one, it will supercharge the Raw Women’s Championship scene.