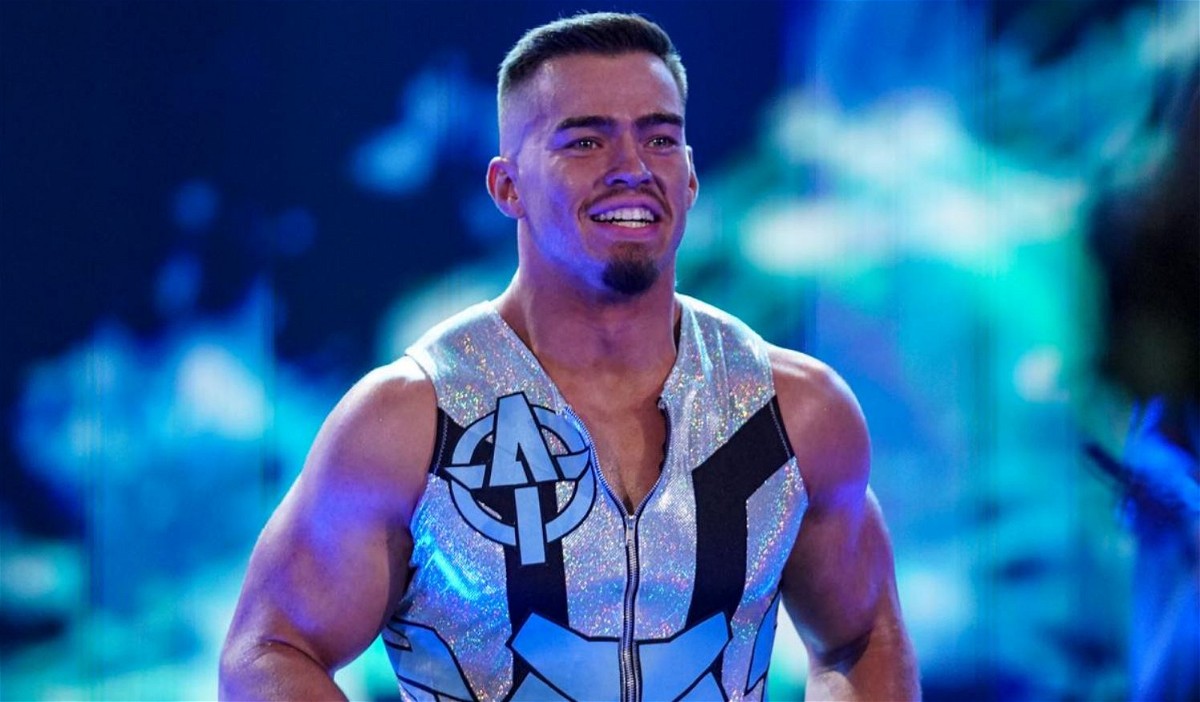 Austin Theory has made quite a name for himself in WWE. The 24-year-old Superstar has been rubbing shoulders with the likes of Jeff Hardy, Rey Mysterio, AJ Styles and Brock Lesnar just a year into his second main roster run. Theory is earmarked for great success in the WWE, and could be the next breakout mega-star of the company following John Cena. And given that the Leader of the Cenation is Theory’s greatest inspiration, he took some time to show his appreciation for Cena with a throwback post on Twitter.

WWE has had a working relationship with EVOLVE since 2015. Theory entered WWE’s orbit through the independent promotion, where he has put on stellar matches against the likes of Riddle, Darby Allin and Keith Lee. In 2019, Theory became a part of an elite club of superstars; John Cena’s IG account. After defending the EVOLVE Championship against JD Drake at EVOLVE 131, The Unproven One called out everyone in the locker room; and also John Cena.

To everyone’s surprise, Cena responded by posting Theory on his Instagram page; a response that has stayed with Theory till this date.

Austin Theory has stated in recent interviews that he would like to be the person who retires John Cena. The Leader of the Cenation has been a key source of motivation for Theory, who has cited him as a role model.

@JohnCena has always been my inspiration not just in wrestling but in life. I modeled my life at a very young age on what I seen him present on TV. Watching him was always my escape when things weren’t going so good in my life. He is without a doubt a true role model. pic.twitter.com/1fKBMrAG5P

The two Superstars have had similar career trajectories even, with Theory taking out Jeff Hardy after getting drafted to Raw last year and then going on to be featured in every Big Four Premium Live Event henceforth. He was a part of Raw’s Survivor Series team, was a highlight of the Rumble and stole the show at Elimination Chamber. If he continues on this path, he might even surpass his icon’s historic world championship record; and since he’s only 24 at the moment, he has plenty of time to do that.