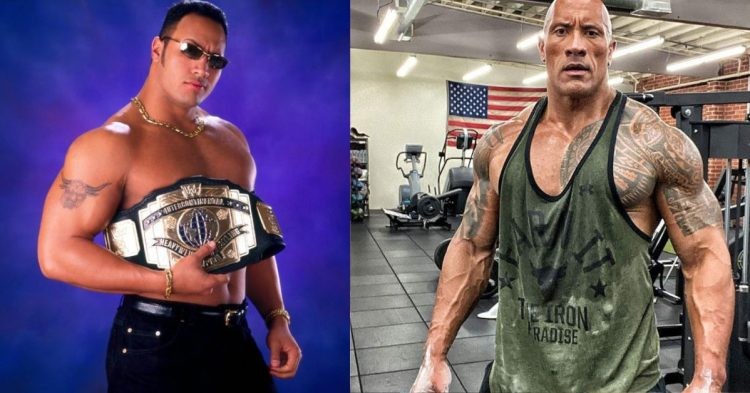 Dwayne “The Rock” Johnson has denied using steroids and claims to have lived a steroid-free life. The Rock has already admitted to using steroids when he was younger, but he claims he has never taken PEDs since.

The Rock has transitioned from a pro wrestler to Hollywood’s top male star. According to Forbes, The Rock was the highest-paid star in the world in 2020. Dwayne has previously admitted to using steroids in the past. In a 2009 interview with MTV’s Josh Horowitz to promote Race to Witch Mountain, The Rock stated, “Me and my buddies tried it back in the day when I was 18 or 19. We had no idea what we were doing.”

According to Dwayne, his critics completely disregard his hard work. He has shared videos of himself working out and eating healthy food. Dwayne stated in a Fortune piece, “Sure, you get a lot of people out there who will suspect, and say shit,”. “They want to negate the hard work you put in,” he told Fortune.

Despite admitting to taking PEDs in the past, he is still accused of using them. Dwayne has an undeniably impressive physique. At 50 years old, however, carrying that much muscle mass and having a relatively low body fat percentage raises concerns, and, no puns intended, few fans ‘can smell’ something fishy.

There is no denying that even if you use pharmaceutical assistance, you must work hard and eat clean, but hard work alone will not suffice to address the physique one carries. PEDs can assist a lot, and when combined with good training and diet, one can appear like the ‘Baywatch’ hero.

Joe Rogan calls out Dwayne Johnson for steroid use

Joe Rogan has asked Dwayne “The Rock” Johnson to “come clean” regarding his steroid use. Joe Rogan on an episode of his podcast ‘Joe Rogan Experience’ invited Derek from “More Plates, More Dates” and bashed Dwayne Johnson.

Joe has been very vocal and has called out a lot many celebs before also. Prior to this, he called out Liver King for being a Fake Natty, and after he confessed to using steroids Rogan called out the guy who exposed the liver king on his podcast. Derek sat along with Rogan and both talked about Dwayne lying to the masses.

“The Rock should make a video and come clean,” Rogan said, mocking the recently exposed Fake Natty Liver king. “Dwayne has been extremely public about how he sticks to his diet and works out for 4-5 hours every day. To be technical, a man over the age of 50 cannot simply look the way he does. He’s on something, but he won’t talk about it.”

“Rock is obviously not on HRT,” Joe continued, “because you need more than that to acquire this kind of body.” Hormone Replacement Therapy, or HRT, is a process in which the growth hormone, or testosterone, which is produced naturally in males, is injected into the body from the outside.