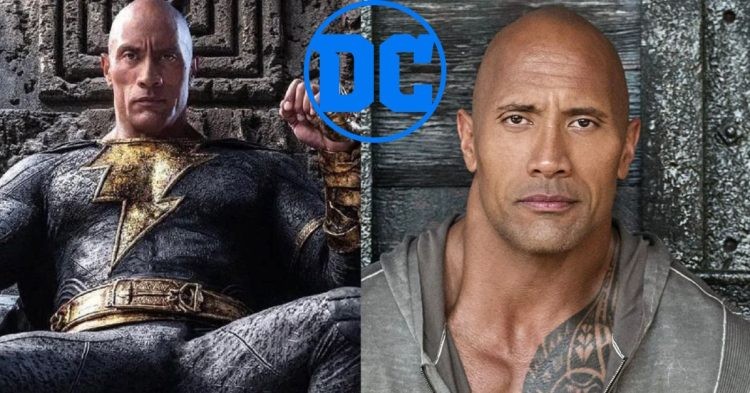 Due to all the changes made under the new Warner Bros. Discovery administration, Warner Bros. and DC have recently been in the news. The Rock, a.k.a. Dwayne Johnson, doesn’t appear to be in the race to be CEO David Zaslav’s choice to oversee the DC Extended Universe.

Marvel Studios has emerged as the sole leader of superhero films for more than a decade, churning out hit after smash while engaging audiences in their intricately constructed tales. Despite having some success along the way, their main comic book rival DC has never been able to develop a cinematic universe to the same degree.

According to earlier this year’s reports, Kevin Feige, the man responsible for the success of the Marvel Cinematic Universe, was being desired after by incoming Warner Media CEO David Zaslav to lead the DCEU.

While asked about being the next head of DCEU Dwayne said, “The best position that I could be for DC is one as an advisor, where I can help. I love DC. It’s in my blood,” Johnson told Variety at the Black Adam premiere. “In the spirit of growing up with the DC Universe. I’m here to help in any way I can, including looking for and finding that right leader or leaders.”

“As a little boy, I grew up loving the Supers, specifically Superman. I saw my first Black Adam comic and it was arresting to me. His face was intense. He looked cool, looked different, badass, and had brown skin. So automatically I was relating to him. I am DC through and through.”

Also read: Dwayne Johnson’s Black Adam Salary: How Much Money Is the Rock Making for His DC Debut

Dwayne “The Rock” Johnson sows seeds for a big dream match at Wrestlemania 39.

On the way to the Black Adam premiere, Dwayne Johnson is making quick work of his press tour, but he isn’t holding back when it comes to addressing comments about his speculated return to the WWE.

The Rock is saying he’s The Head of The Table now 😭 We Are so close pic.twitter.com/EWQ4UGZj5R

Regarding a match with Roman Reigns, The Rock avoided making a straight statement. The Rock, however, asserted that he is the Head of the Table. “You’re now staring into his eyes, without naming him. Regarding the rumored match versus Reigns, I am in no way confirming that “The Rock answered.

The Rock’s return was then eagerly anticipated by the crowd following Wrestlemania 38’s main event. But neither of those things happened. If the former WWE Champion is going to confront Reigns, he needs to make a comeback by the end of 2022.