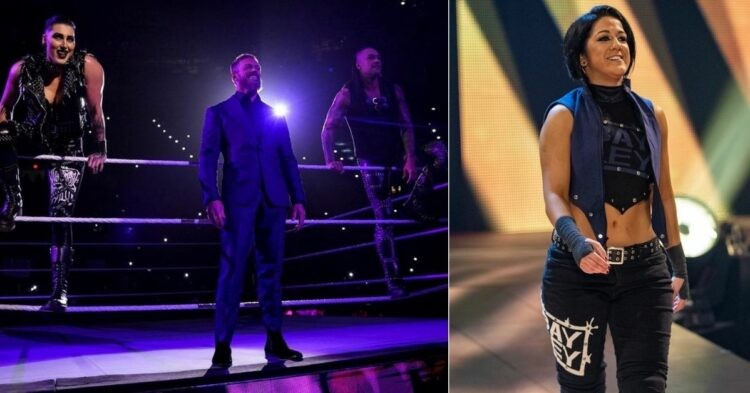 WWE Hall of Famer Edge promised that he would recruit more members for Judgement Day a few weeks ago on RAW. There have been many rumors regarding the potential members who could join the stable, like Ciampa, Finn Balor, and even Corey Graves.

But Edge uploaded pictures of several superstars who could soon join his faction in Twitter posts. He has now shared another Tweet with Bayley as his new potential candidate.

Is Bayley the fourth member of Judgement Day?

Bayley is one of the best talents in the whole WWE roster. She is a decorated champion and was one of the highlights during the empty-arena pandemic era. Bayley had reportedly healed from a torn ACL before WrestleMania 38, but she confirmed that WWE didn’t have any plans for her during ‘Mania weekend.

After teasing several superstars on Twitter, Edge has now uploaded an image of Bayley as a hint that she might return to WWE TV and join Judgement Day. The Role Model had teased her return several times in social media posts. It remains to be seen if WWE decides to take that route.

The Judgement Day was initially formed at WrestleMania 38 when Damian Priest distracted AJ Styles for Edge to pick up the victory. In the following weeks, Rhea Ripley joined the group. Judgement Day has been a prominent feature on RAW ever since.

Current WWE plans for Judgement Day include Finn Balor and AJ Styles as their main rivals. Liv Morgan has also been added to Styles’ team to even the odds. Edge’s faction has been presented strongly on RAW. There is no update on who WWE might add to Judgement Day with Edge name-dropping several superstars.

Who do you think should be the fourth member of Judgement Day? Drop your comments below.