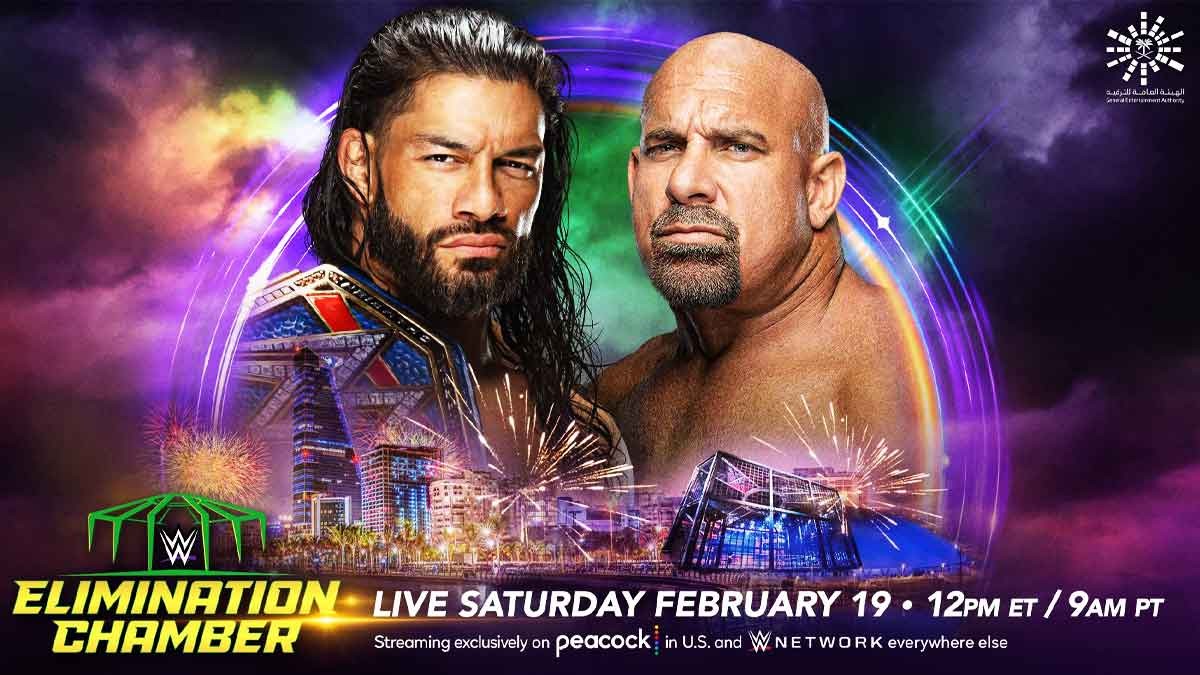 WWE Elimination Chamber 2022 is just 10 days away. The pay-per-view is scheduled to take place in Jeddah, Saudi Arabia on 19 February 2022 (Saturday). Elimination Chamber is the last stop for WWE on its road to WrestleMania 38. The hype around the event is huge, as we will see two Elimination Chamber matches as well as WWE Legends Lita and Goldberg’s return to in-ring singles action at the event.

WWE to return to Jeddah for WWE Elimination Chamber on Feb. 19. https://t.co/u7ep2HJEKa

Apart from the two Chamber matches, there are plenty of other exciting matches to look forward to. Roman Reigns will defend his WWE Universal Championship against Goldberg. The Man puts her title on the line against Lita. Read below to find out the full match card for WWE Elimination Chamber.

In the USA: WWE Fans in the United States of America can watch the pay-per-view on WWE’s newest home for their PPVs – Peacock. The WWE Network has in essence migrated to NBC’s streaming platform. The show will air at 9:00 AM PT / 12:00 PM ET.

In Canada: WWE Network is the place to be if you are in The Great White North (Subscription Required). New users will get a one-month free trial. The show will air at 11:00 AM CST.

The official poster for #WWEChamber comes to life ahead of a massive night at The Jeddah SuperDome on Feb. 19. @BrockLesnar pic.twitter.com/NVZAk08SU1

In the UK: WWE Elimination Chamber will be streamed live on WWE Network in the UK (Subscription Required). The show is scheduled to begin at 5:00 PM GMT / BST.

In India: Indians can watch WWE Elimination Chamber on Sony Ten 1/HD and Sony Ten 3/HD on their TV Networks. Additionally, they can also stream it live on the SonyLiv app. The pay-per-view will air at 10:30 PM IST.