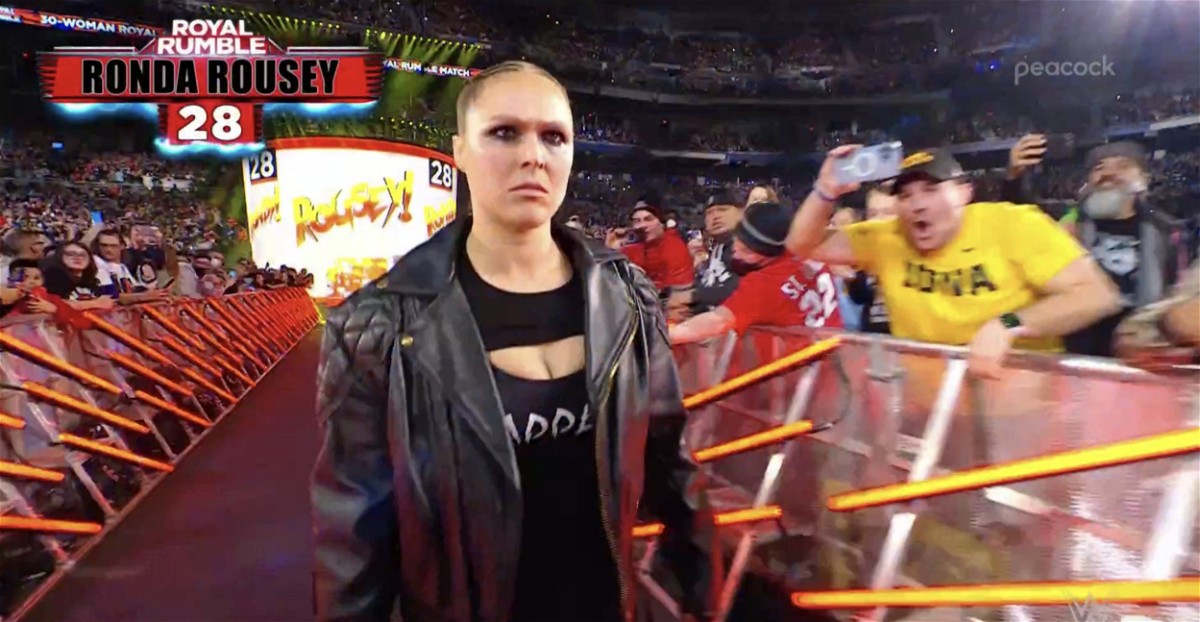 The 2022 Women’s Royal Rumble was one of the most hyped Rumble matches. Honestly, there was not any hype when the Royal Rumble season began. WWE made the decision of revealing some of the ‘surprise‘ participants beforehand and that got the internet buzzing.

The show kicked off with the Boss, Sasha Banks. Entry number 2 was one of the biggest returns of the night, Melina. It was awesome to see the former Women’s champion but sadly she got eliminated as fast as she came in.

One of the weirdest eliminations of the match was Queen Zelina eliminating Sasha Banks.

We then got a series of women who cannot wrestle enter the match. Kelly Kelly, Summer Rae and Cameron all made their return.

Sonya Deville eliminated Cameron and then Naomi came out to get her revenge. The atmosphere was pretty dull until the Queen arrived. The fans popped hard for Charlotte. The Queen came in and began to wreak havoc.

1️⃣8️⃣ 🚨 Bite your tongue and mind your manners! Ivory is here! #RoyalRumble pic.twitter.com/DOcTAqBPyx

Hall of Famer, Ivory made a return which was nice to see. She came in with her ‘Right to Censor‘ gimmick. Got on the microphone and was cutting a promo. Rhea Ripley carried her and took her out.

It was an iconic moment for Impact Wrestling and their Knockouts Champion Mickie James. James made her entrance to her Impact theme song and was given the privilege of lifting her Impact Knockout’s title at WWE’s Royal Rumble.

2️⃣0️⃣ The door is open for Impact Knockouts World Champion @MickieJames to punch her ticket to #WrestleMania! #RoyalRumble pic.twitter.com/wv1WQXiDeK

One of the loudest pops of the night was for the Hall of Famer, Lita.

#Lita is BACK! #WWE #RoyalRumble pic.twitter.com/IJDDQxu3CE

Lita eliminated Mickie James. Hopefully, Lita goes to Impact Wrestling to challenge Mickie James for the title. It is truly amazing to see these legends who still have not lost a step. These legends even at this age are wrestling far better than some of the wrestlers in the current roster.

The Crowd erupted for the 28th entrant in the match. It was the ‘Baddest Woman on the Planet‘, ‘Rowdy‘ Ronda Rousey. Despite recently giving birth to a beautiful baby, Rousey looked more fit than ever. Rousey entered the ring and was cleaning house.

Shortly after Rousey’s arrival, the ring was clearing up. Charlotte eliminated Lita, Brie Bella got her revenge on her own sister Nikki Bella.

The final two were the Queen and the Rowdy.

It seemed to be way too easy for Ronda as she very easily eliminated Charlotte Flair. 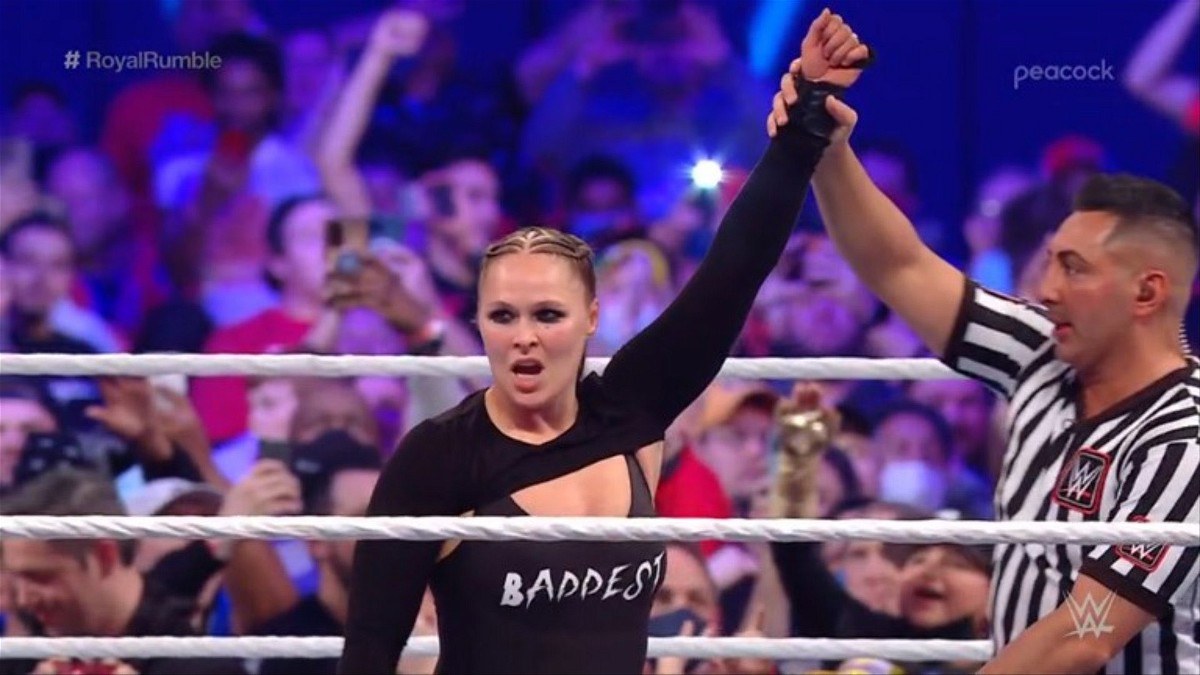 Did you like the Royal Rumble match this year? What was your favourite moment? Let us know.