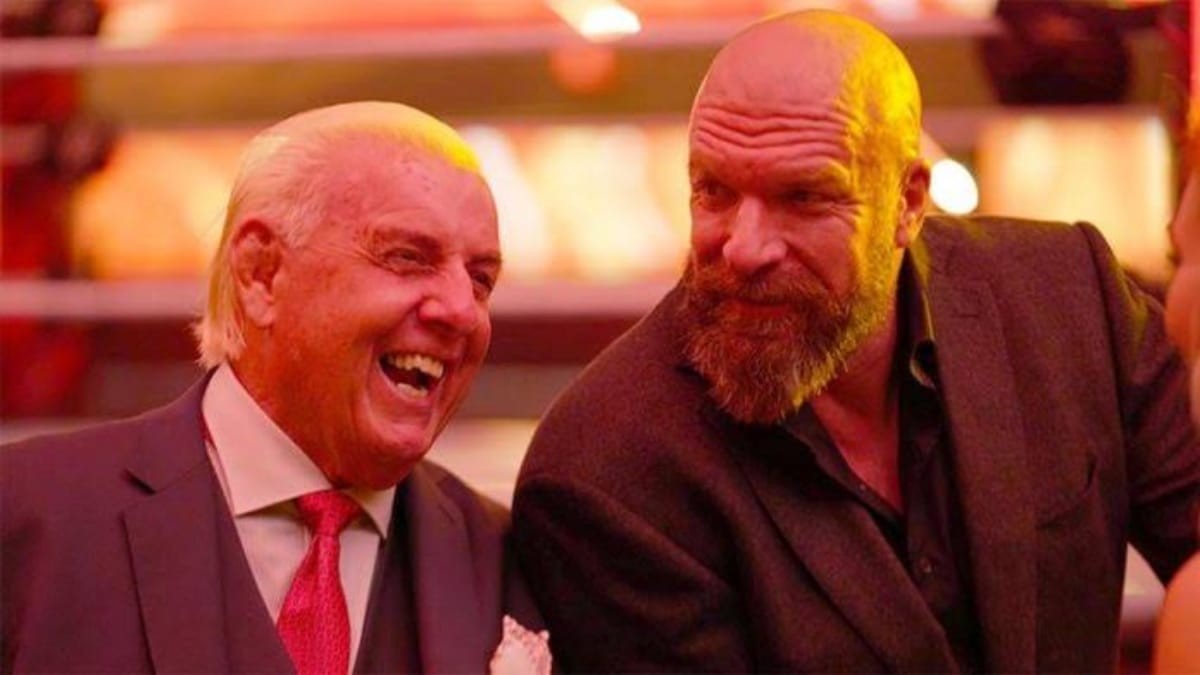 Ric Flair and Triple H were a part of one of the most dominant factions of WWE during the Ruthless Aggression Era, “The Evolution”, along with future first-ballad hall of famers Randy Orton and Batista. The four members enjoyed enormous success as a stable and also as individual performers.

The sheer experience of Ric Flair and star power of  Triple H helped propel Randy Orton and Batista to become world class performers and both superstars became world champions in their own right.

TMZ caught hold of the Nature Boy and asked him what his reactions were when he heard the Game was hanging up his boots. Flair recalls the time when he met Triple H on the very first night of Smackdown. He shared that Triple h would always motivate him to be the best he could and praised the 14-time world Champ as being one of the most athletic in-ring workers ever.

He also shared a message on Twitter stating that he understands the feeling of pain and fear after going through several surgeries and medical procedures. After the death of Scott Hall “Razor Ramon” earlier this month, it is tough to experience another wrestler going through fatal medical complications.

Just Landed & Wanted To Finish My Thoughts. After Being Put Under In 4 Different Surgeries In 7 Weeks, I Totally Understand The Fear & Anxiety Of Being Put To Sleep & Not Waking Up. You’ve Had One Of The Greatest Careers! Your Legacy Will Live On Forever! Much Respect! @TripleH pic.twitter.com/soaX9UOZZC

Several people and athletes from various other wrestling promotions have also reacted to the retirement of Triple H. Wrestlers such as Adam Cole, who worked in NXT while Triple H was a huge part of the show, shared a post on Twitter with a picture of him and the Game together with the caption “Thank you for everything.” William Regal, Io Shirai, Miro (formerly Rusev), Andrade El Idolo and several others took to twitter to thank and congratulate the King of Kings on a decorated and hall of fame worthy career.