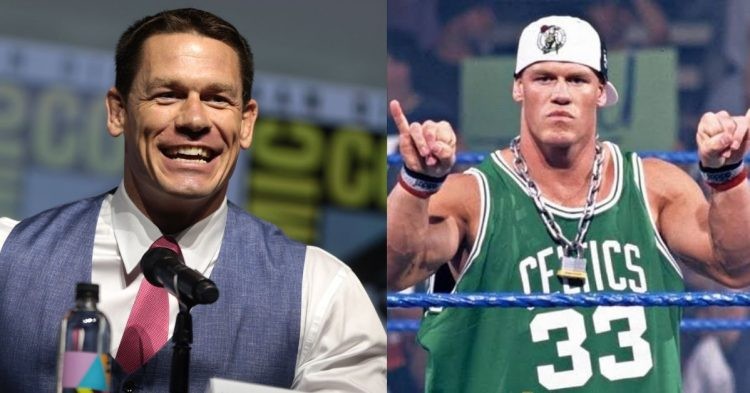 John Cena was once hated by other WWE Superstars (Credits: WWE)

One of WWE’s biggest superstars, John Cena, has said that his coworkers hated him during his early years in the company. John Cena has been a staple in WWE for over two decades, and while he has always been a fan favorite, some of his coworkers were not fans of him.

The 16-time World Champion has earned the reputation of a hero after breaking the Make-A-Wish Foundation milestone by granting 650 wishes to gifted children. Overall, John Cena is seen as a wonderful Samaritan. However, the Leader of Cenation was not always as well-liked in the locker room as he is today.

Cena once revealed to Chris Van Vliet that he was a victim of workplace animosity during the early stages of his wrestling career. He sometimes used to spend a lot of time “in the bleachers just writing punchlines,” according to the star. As a result of that, he “became ostracised and hated” by his “co-workers”.

Cena said “I would spend hours in the bleachers just writing punch lines and writing punch lines and I became ostracised and hated by my co-workers because they thought I didn’t care about the business because I wasn’t around the ring with my shoulders on the canvas going ‘okay, who’s in the ring’ I’m around the product. Little did they know I was investing everything I had into trying to develop a connection with the audience which I believe is the most important thing.”

It all paid off in the end, as John Cena cemented himself as the GOAT, gained a huge global fan base, and became a pop-culture Icon.

WWE has major matches set for WrestleMania 39. Logan Paul has voiced his desire to fight John Cena and has indicated an interest in a potential match with him. The match has been confirmed for WrestleMania 39, according to recent rumors.

Logan Paul has flatly stated that he wishes to face John Cena at WrestleMania 39 in Los Angeles. On a recent edition of RingsideNews.com’s podcast, Paul confessed that he texted Triple H about possibly facing John Cena on the grandest stage of them all.

According to Xero News, WWE is already considering putting him up against Logan Paul, LA Knight, or Austin Theory in a match at WrestleMania 39. According to new reports, the most likely scenario is John Cena vs. Logan Paul in a match, with the LA Knight storyline coming in second.

It wouldn’t be shocking if WWE’s creative team decided to go with Paul vs. Cena because it would generate more money than a Theory-Cena match.