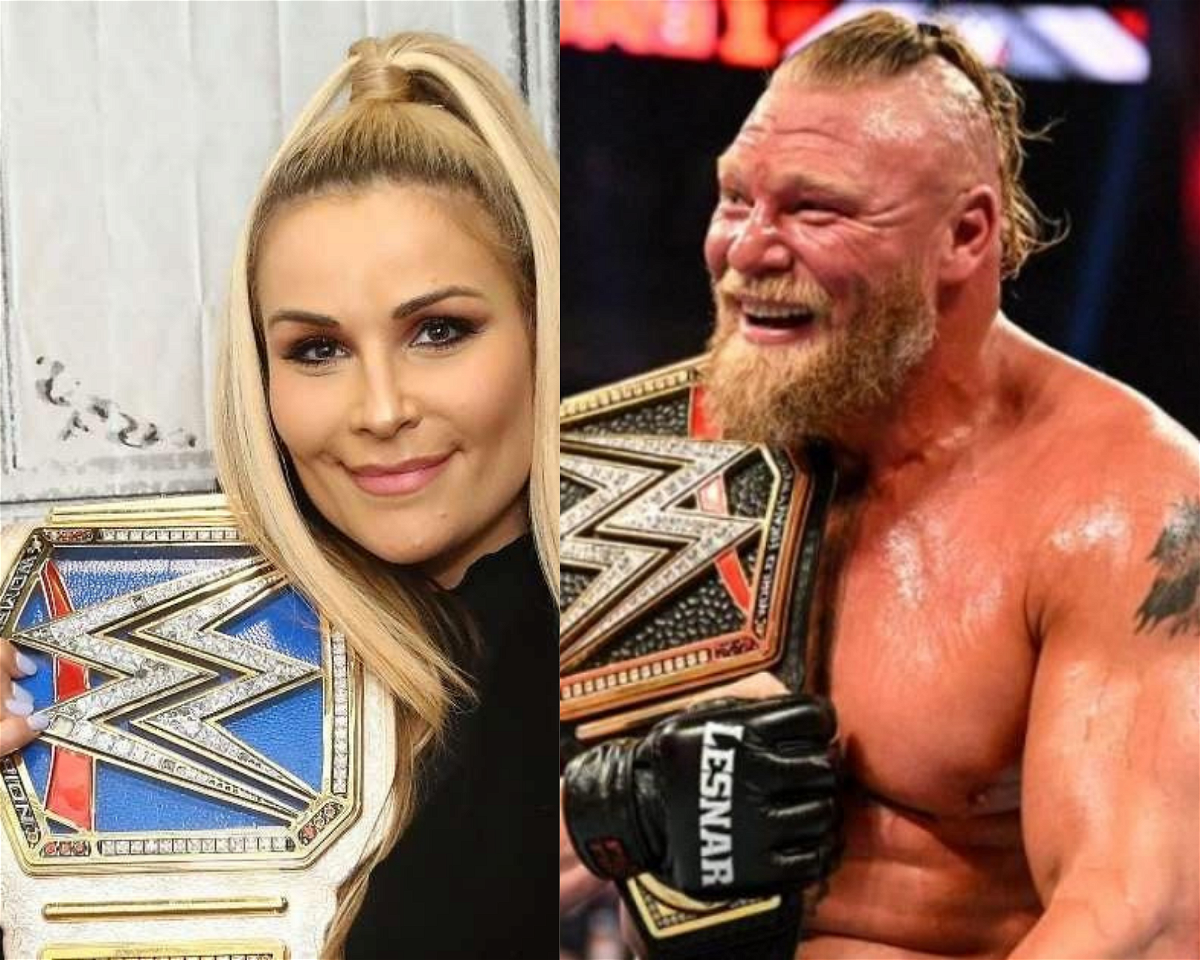 It’s no secret that Brock Lesnar isn’t the kinda guy who’s going around partying with Superbowl winners. The Beast Incarnate is a notoriously private person, even going as far as to say that he “doesn’t like people”. Because he plays a bad guy so well on TV, people assume that Brock must also be like that in real life. Well, that veil has been lifted, thanks to Natalya.

Brock Lesnar is one of the smartest wrestlers on the planet

That isn’t just me saying it; it’s an opinion shared by some of the biggest superstars in professional wrestling, including your favorites. John Cena has said that The Beast is one of the Greatest of All Time.

CM Punk said his match with Lesnar at SummerSlam 2013 is special to him because of The Beast’s open-mindedness. After 20 years in the game, Brock has become a veteran figure in WWE. And it looks like he takes that role pretty seriously.

In an interview with the Sports Guys Talking Wrestling podcast, the former WWE Women’s Champion revealed that The Beast was always open about giving advice to his peers.

“Brock watches all of our matches in Gorilla. The last match that I had on SmackDown, he watched and he critiqued and gave us feedback, gave us advice, told us what we could do better.”

Natalya also said that when it came time to show the locker room how it’s done, Brock led by example. She revealed that Lesnar would personally take bumps and give younger performers advice on how to make their screen-time more impactful.

Neidhart has found herself seeking out his advise more often than not, and even revealed one of The Beast’s unfulfilled dream matches! According to Natalya, Brock Lesnar would have loved to lock-up with The Excellence of Execution himself.

Bret Hart is a name on everybody’s dream match list admittedly. But a willing Beast Incarnate facing off with The Hitman in his Prime? Now, THAT would’ve been one of the Biggest WrestleMania Matches of All-Time.