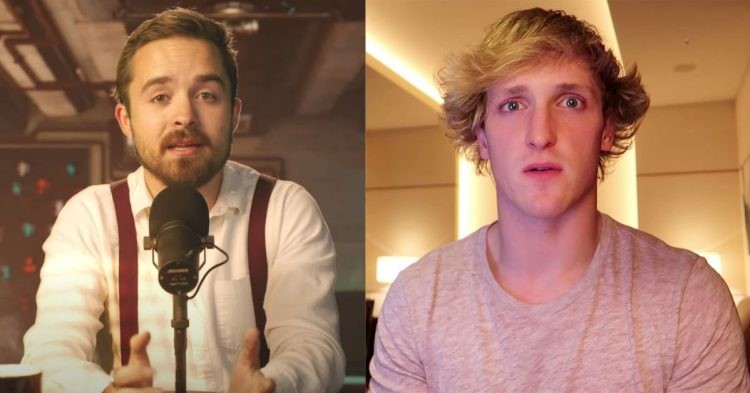 Logan Paul, prolific YouTuber and WWE superstar, has been very controversial of late. He became the face of CryptoZoo, an NFT game that has now tanked. And, it seems Paul has chosen to blame another YouTuber, CoffeeZilla for defaming him and the project.

On the IMPAULSIVE podcast, Logan Paul addressed the CryptoZoo debacle and CoffeeZilla’s allegations. Paul started off by informing the uninitiated, giving the whole context behind the situation. He explained what CryptoZoo was and how CoffeeZilla made a three-part series about Paul and the project.

“I’ll be honest, it was very good. He is entertaining and he is a very good storyteller… I get what he’s doing. If you put my name in the title, and label it ‘Logan Paul SCAM,’ you’re gonna get more views. The problem with it is that it’s not true.” said Paul reiterating his stance on the matter. The 28-year-old had earlier said that CoffeeZilla had made claims in his video without any fact-checking on his part.

After this, Logan Paul proceeded to read a note that he claimed was from a fan. It contained a seemingly heartfelt message and reading it, reduced Logan to tears. Speaking about what he felt after first reading the note, Logan said, “Dude I started crying when I saw it…I read the note and my heart was so full of warmth I guess tears were the only way I knew how to handle it.”

Despite Logan Paul seemingly showing a vulnerable side to himself on the podcast, fans weren’t very accommodating of his outburst. “Crocodile tears. I don’t believe anything that comes out of this man’s mouth until I see a genuine change of heart.” wrote user Vince Toro Rodriguez in the comments. The overriding sentiment in the comments seemed to be fans being sick of the YouTuber not taking accountability for his actions.

User Harry Austin commented, “Aww that’s wholesome, now respond to the ACTUAL allegations.” Clearly, the fans are all out of sympathy for Paul and only want him to take accountability for the whole CryptoZoo scandal. Another fan, TopShottaDinero wrote, “He probably got Jeff/Mike to write the note for him.”

Many users also appreciated co-host George Janko for sticking up to Logan during this and rued that part of the podcast was edited out. User Cole370 wrote, “Shout out to George for continuing to be a real one.” Fans were quick to point out Paul’s hypocrisy in his introduction CoffeeZilla. They accused Paul of projecting when he called CoffeeZilla “manipulative”.

It looks like Logan Paul might once again find himself on the wrong side of the internet’s pitchforks. With this not being the first time Paul has been accused of “scamming” people via crypto, it will be difficult for his reputation to recover if CoffeeZilla’s claims are proven to be true.