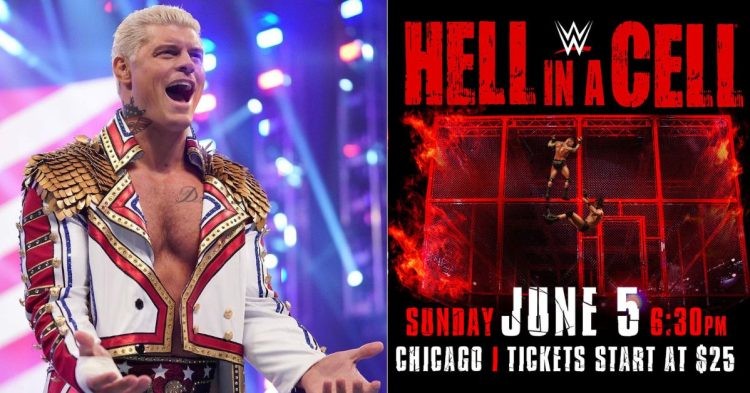 .@WWERollins vs. @CodyRhodes inside Hell in a Cell is tonight’s One to Watch match, presented by @CreditOneBank! #HIAC #ad

Cody Rhodes was scheduled to compete against Seth Rollins for the third consecutive time inside the Hell in a Cell structure. It is the biggest match in the upcoming live event, but now it seems that fans may not get to see Rhodes at Hell in a Cell.

Cody Rhodes was planned to have a match against Seth Rollins at a recent WWE live event. But before the match started, WWE announced that Rhodes had been injured. Drew McIntyre was the replacement for the match against Rollins in the live event. Rollins-Rhodes rivalry has been the biggest highlight of WWE programming as of late.

Drew McIntyre defeated Rollins in the match at the live event, but Rhodes later came down to the ring to give the Visionary a chase. The Hell in a Cell premium live event has a rather weak match card, and it would be a big loss if the American Nightmare gets ruled out of the show.

Is Rhodes’ injury a work or legit?

Fans are now wondering how bad the injury is given that their Hell in a Cell match is the most anticipated part of the upcoming premium live event. WWE hasn’t revealed the details regarding Rhodes’ injury. It has led to speculations that the injury could be a work.

• Sunday @WWE HELL IN A CELL sold-out from Allstate Arena in Chicago on @peacockTV ! #dothework pic.twitter.com/UwaqWfptYu

The injury may tie-up with the outcome of their match. Rhodes and Rollins have had a number of Dark matches since their match at WrestleMania 38. Only time will tell if something is truly at play regarding the injury. But without any official confirmation about the extent of the injury, it is difficult to predict what could happen in Hell in a Cell.

WWE to Sell Over $100,000 Worth of NFTs During Hell in a Cell at WWE Moonsault