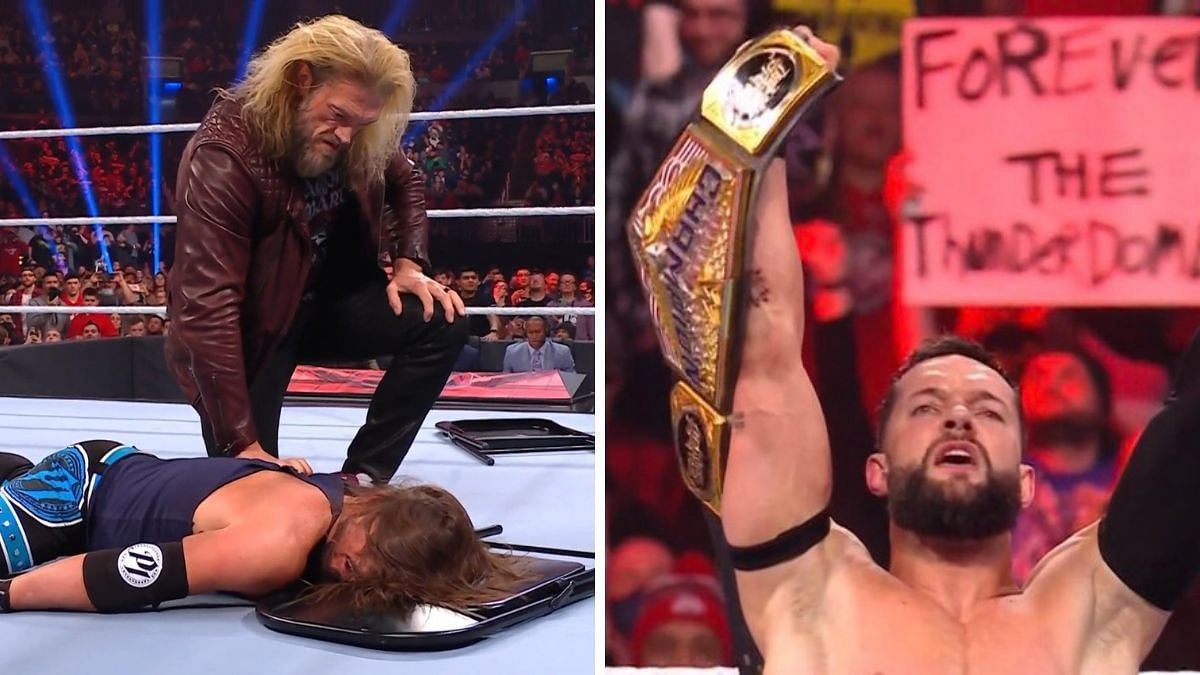 Last night was another newsworthy episode of WWE Raw. Multiple matches were made for WrestleMania 38. Besides that, we saw the seeds being planted for potential matches at the grandest stage. We had several awesome moments. Of course, there were also some not so good moments. Let’s take a look at the high moments and the low ones from last night. I would like to thank Simon Miller of WhatCulture Wrestling for this idea. Let us kick things off with the lows and we shall end on a high note.

There were a lot of tag team matches last night on WWE Raw. Not a lot of them were the best.

The Street Profits vs RK-Bro

Usually, these 2 teams give us great matches. But last night on WWE Raw was not so great. Both teams provided us with a decent back and forth battle. But the finish was more confusing than impressive. Ford hit the frog splash. Orton then rolled towards the rope but could not reach it. Dawkins still pushed away Orton’s leg and the match came to an end. The announcers were just as confused.

Things got even strange after the match. Randy Orton was down in the ring shaking his head. The referee looked concerned, Riddle was really worried. The fans assumed that Orton was injured. But Montez Ford confirmed via Twitter that Orton was safe.

Pinned a World Champion.
Got the Woman.
And everyone is healthy.
All in one night.

We once again had a mixed tag team match between Reggie, the 24/7 champion Dana Brooke and the team of Tamina and Akira Tozawa. Reggie pinned Tozawa to get the win for his team. After that Dana Brooke kissed Reggie and upon seeing that Tamina kissed Tozawa. The match was boring, the segment was weird and to make things worse was Saxton getting way too excited all over the kissing.

Ever since being away from action since the Royal Rumble, Omos returned and had a match against T-Bar. This sounded great on paper but not in reality. T-Bar is a huge man himself and he is an amazing wrestler. But that was all put to waste as Omos squashed him in a matter of minutes. It was an utter waste of T-Bar and is Classic WWE, buries a great wrestler to make the not-so-good wrestler look dominant.

We had a 6-Women tag team between the team of Becky Lynch, Nikki A.S.H and Doudrop and the team of Bianca Belair, Rhea Ripley and Liv Morgan. Bianca Belair picked up the win by pinning Nikki A.S.H. Throughout the match, Becky was targeting Bianca’s hair. Bianca had enough of this and during the closing segments of the match, The Est, just whipped the holy hell out of Becky Lynch. The sound of the shots felt like Lynch was getting beat up with a Kendo stick.

Becky Lynch felt the shots and the after-effects are not that pleasant that either.

KO and The Visionary make a great team

Kevin Owens and Seth Rollins wrestled the Alpha Academy last night. The match was something special. Owens and Rollins have good chemistry. The two worked hard and in the end, got the victory over the Raw Tag Team Champions. The best part is them getting a clean victory. This makes them strong contenders to win the Raw Tag Team Titles next week.

Last night Damian Priest defended his title against Finn Balor. It was a decent match and in the end, Finn Balor won his first US Title after hitting a Coup De Grace. Balor’s celebrations were cut short when Damian Priest attacked him. Priest turned heel and we could see the two facing each other at WrestleMania 38.

A dream match set for WrestleMania 38

Last week, Edge laid out an open challenge for WrestleMania 38. This week he came out hoping for a response. His challenge was answered by none other than the Phenomenal AJ Styles. The WrestleMania dream match was made official.

Styles and Edge had a staredown and Edge suddenly lost it. He hit a low blow and then beat up Styles. He ended the assault with 2 conchairtos to Styles.

This is a heel turn that was a long time coming. Edge has been walking on a thin line between a baby face and a heel. Now he has gone full-blown heel.

WWE Raw was an exceptional show. We had some mediocre moments such as Dominik vs Shelton Benjamin and Tommaso Ciampa taking on Robert Roode.

Did you like last night’s episode of Raw? Let us know in the comments below.