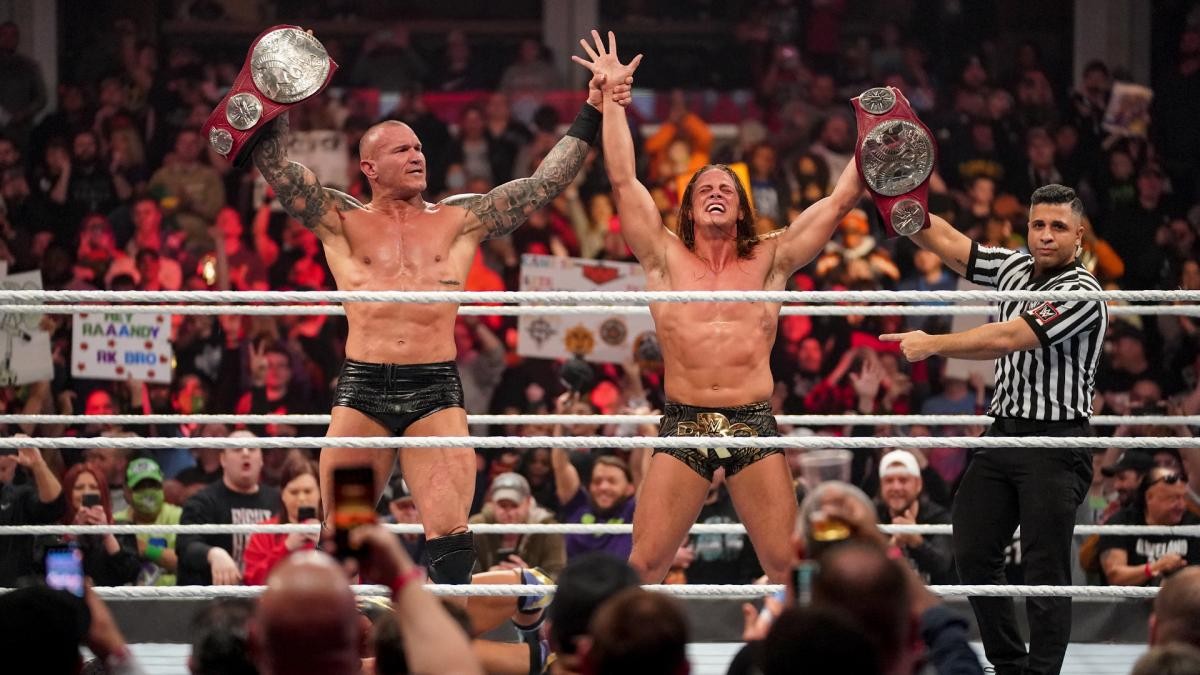 Last night was WWE Raw. So, you know what that means. It is now time for another edition of the Highs & Lows. WrestleMania got two more matches, love is in the air, in-ring debuts and we also saw new champions on the show. Of course, there were also some disappointing moments. Let’s look at them all. I would once again like to thank Simon Miller of WhatCulture Wrestling for this idea. Let us kick things off with the lows and we shall end on a high note.

The Lows from WWE Raw

Last night’s episode of WWE Raw took place in Cleveland, Ohio. The hometown of Miz, his tag team partner Logan Paul and the Special Guest, Jerry ‘The King‘ Lawler. All three did come out to loud pops. Miz came out first, appreciated the fans showing respect. He praised Cleveland and then introduced Logan Paul. Then out came Jerry Lawler. Lawler wanted WrestleMania to take place in Cleveland. Instantly Miz turned from the hometown hero to a classic heel. The crowd was confused, the people watching at home were confused and so was Logan Paul. This segment made no sense and had no purpose for it.

The Women need to be booked better

We had two women’s matches last night on WWE Raw. One was the 24/7 Title match between the Champion Dana Brooke and Tamina. The match was boring and an awkward counter to a Boston Crab allowed Brooke to get the win.

The Women Tag Champs had a match against the make-shift team of Rhea Ripley and Liv Morgan. This itself was so random and to make the women’s tag division weaker, it was announced that if Ripley and Morgan win the match on WWE Raw, they will be added to the tag team title match at WrestleMania.

Carmella buries the tag titles for the second week in a row. Carmella decided to forget the match and chat with her Fiancé Corey Graves at commentary. This allowed Ripley to take advantage and got the win.  But this makes no sense, Carmella does not care about a title that she has? Just book it better WWE.

The Highs from WWE Raw

Apollo Crews wrestled the Giant Omos. Throughout the match, Omos was locked eyes on Commander Azeez. Finally, after earning the win, Omos and Azeez had a stare-down. The crowd’s reaction itself should be an answer to why this match between Omos and Commander Azeez should take place at WrestleMania.

This was somewhat self-explanatory, Edge came out and said that the only reason for him to attack AJ Styles was just so he could guarantee the Bull-Dog in AJ Styles comes out.

Tommaso Ciampa teamed up with the NXT  Champion to take on the Dirty Dawgs. It was a really good match and Breakker has an impressive main roster debut. He is the 5th NXT Superstar to debut on the main roster as the NXT Champion.

A triple threat tag team match for the Raw Tag Team titles was on the line. It was an excellent match. Superkicks, slams, tope suicidas and an impressive Tower Bomb from Otis. Everything was impressive.

Chad Gable looked to get a win by hitting a moonsault but he got caught with an impressive RKO.

Seth Rollins hit the stomp on Chad Gable, Riddle ran in and pushed Rollins to the outside and pinned Gable for the win. RKBro is going to WrestleMania to defend the tag team titles.

It was honestly a fun episode of WWE Raw.

Did you like last night’s episode of Raw? Let us know.