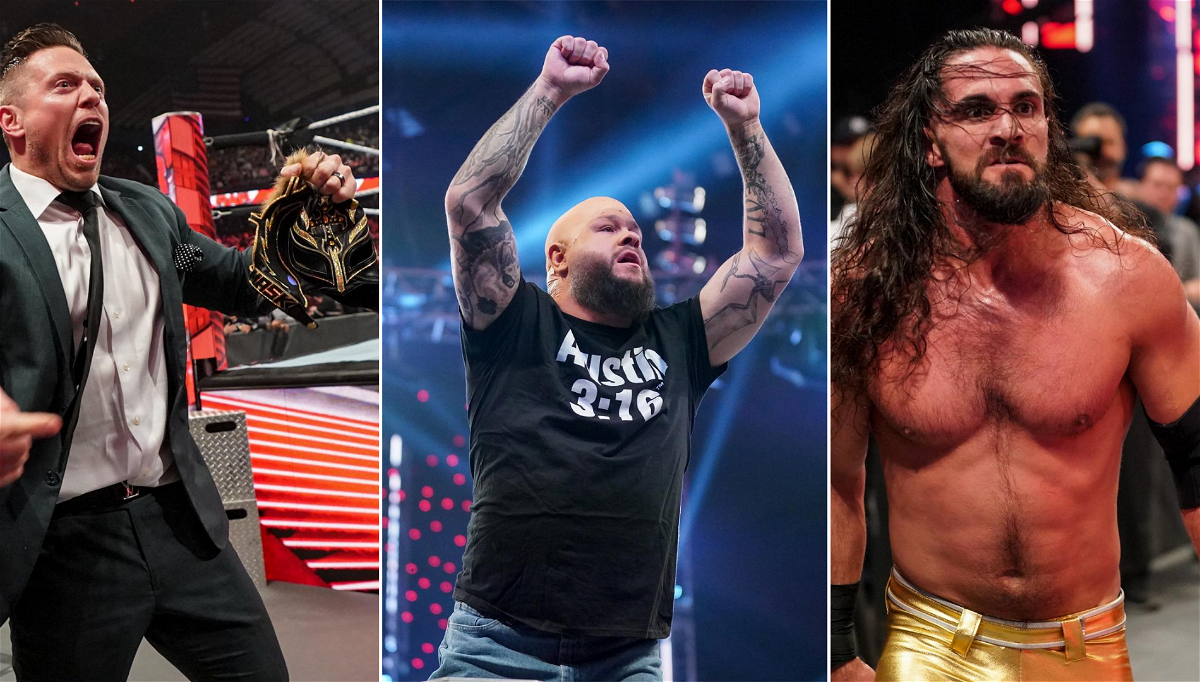 Last night was another episode of WWE RAW. So, you know what that means. It is now time for another edition of the Highs & Lows. Seth Rollins is still struggling to get a match at WrestleMania 38. Kevin Owens mocked Stone Cold Steve Austin and other good moments. Of course, there were also some disappointing moments. Let’s look at them all. I would once again like to thank Simon Miller of WhatCulture Wrestling for this idea. Let us kick things off with the lows and we shall end on a high note.

The Lows of WWE Raw

WrestleMania 38 is only 2 weeks away and still, there are several matches that are still yet to be finalised. WWE is in panic mode and is not sure how to finalise the match cards. Last night’s show was clearly evident of all the struggles WWE is facing. Let’s take a look at the “Lows” from last night’s show.

Ever since losing the tag team title match, Seth Rollins has been pleading with management and other superstars for a match at the Grand Stage. Last week, he wrestled Kevin Owens hoping to take Kevin Owen’s spot at WrestleMania. This week Rollins interrupted a match early on in the night looking to take the show hostage. But his microphone got cut out and the show cut to an ad break. When the show returned from break, Rollins was nowhere to be seen and the show carried on as usual. Later in the night, Rollins went to Adam Pearce and Sonya Deville asking for a match. Pearce said that they gave him enough opportunities and he blew it all away.

Seth Rollins then interrupted AJ Styles and wanted a match with him and the winner would face Edge. Pearce liked the idea and said yes. AJ walked into Pearce’s office and spit some facts. He said Pearce is the worst GM in WWE. The match between Styles and Rollins was good. They are the two of the best wrestlers on Raw, so of course, we will get a good match. Just as Styles was about to get the win, Edge showed up and whacked Styles. The match ended in a disqualification. Rollins went mad and threw a tantrum.

This makes no sense at all. Seth Rollins deserves a spot at WrestleMania, the man has been one of the best superstars on Raw but has to beg everyone for a WrestleMania spot while people like Shayna Baszler and Natalya who have hardly been on TV just showed up and have a title match at WrestleMania. This is one of the dumbest storylines in WWE.

.@WWERollins is extremely frustrated over what has just happened on #WWERaw.

For months now, Omos has been wrestling superstars in pointless matches. Of course, they are building him for a big match at WrestleMania, it was evident when he made his debut in WWE. For the past few weeks, he has been building a feud with Apollo Crews and Commander Azeez. A team that had proven to be one of the best during the pandemic era are now mere jobbers to Omos.

Omos defeated Crews in a one-on-one match and then Commander Azeez was squashed last week. Now, Omos has destroyed both Azeez and Crews in a handicap match. If every superstar is going to be buried by Omos then what is the point? Also now it is being rumoured he is going to face Bobby Lashley at WrestleMania. If it is true, I honestly hope Lashley does not get buried as well.

.@TheGiantOmos doesn’t care if it’s one person, or two people, NO ONE can stop him. #WWERaw pic.twitter.com/ud3uBN6Ioo

On last week’s SmackDown, the women stole the show and last night the women were a total disappointment and most of them were the same women that killed it on SmackDown.

Carmella has been showing a lack of interest in her title and her WrestleMania match and her focus has been on the reality show. Vega had enough of it, she threw away Carmella’s phone and then both of them got into a brawl. Carmella was upset only because her phone got smashed.

Again it is so frustrating that people like Carmella with a lacklustre interest in WrestleMania and does not respect the opportunity they have, yet have a huge match at Mania while Rollins is not given a spot.

Yes, I understand it is all a storyline, but why have both storylines at the same time? To make things even worse, why have it on the same show? The mentality of WWE creative is way too confusing. I cannot understand that.

Carmella and Zelina Vega seemed to be on the same page at the end of the segment but still is a puzzling storyline.

The feud for the 24/7 title is utter nonsense. I do not think I need to explain it any further.

The Highs of WWE Raw

The Mysterios wrestled the Dirty Dawgs on Raw. Miz was a guest commentator. The Mysterios managed to get the win but after the match, Miz attacked them and shifted his focus towards Rey Mysterio. As an ultimate sign of disrespect, Miz removed Rey Mysterio’s mask. This was a good development in the storyline, to be honest.

The show kicked off with the infamous glass shattering. The crowd in Chicago went wild. But it turned out that it was not the Texas RattleSnake that showed up, it was a Canadian chameleon. Kevin Owens came out cosplaying as Stone Cold Steve Austin and fooled the Chicago crowd and the people watching from home.

It was honestly one of the best segments of the year. Owens not only fooled us once but he fooled us twice.

Despite this, we also saw Pat McAfee show up on Raw and cost Austin Theory his match against Finn Balor.

Overall it was a disappointing WWE Raw. The only saving grace was Kevin Owens and that segment ended within the first 20 minutes of the show.

With less than 2 weeks left for WrestleMania, this is not how an episode of Raw should be. The Raw side of match-ups is highly disappointing.

Did you like WWE Raw? Are you excited for WrestleMania 38?