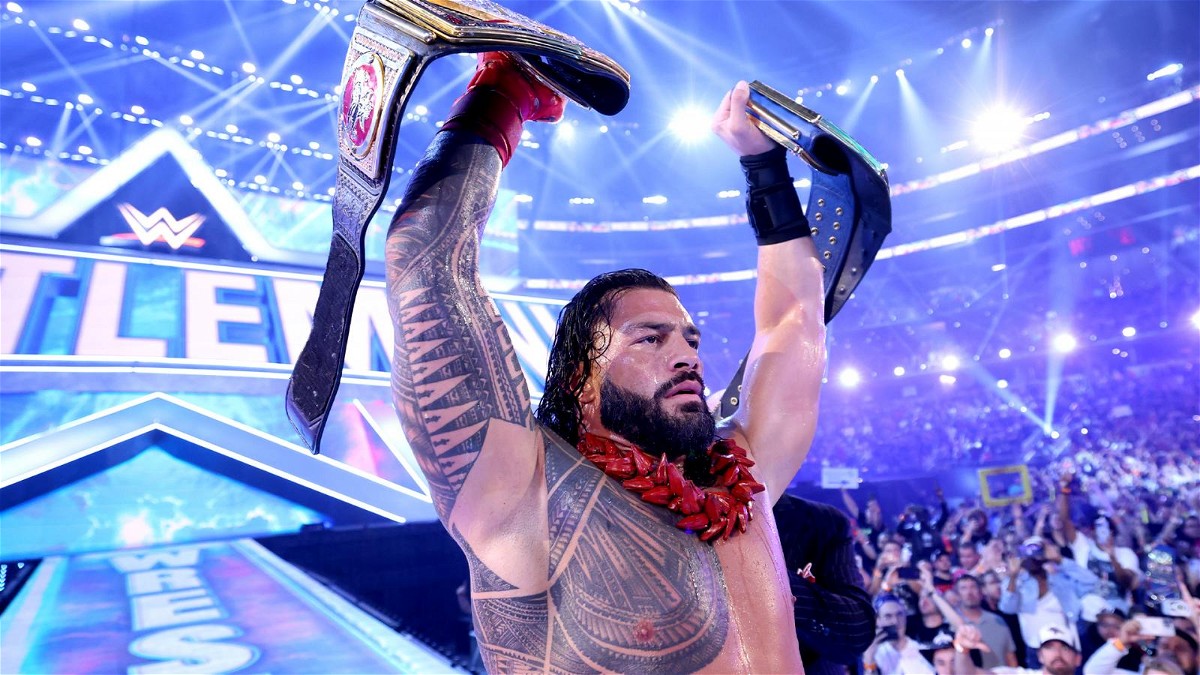 The Show of Shows, WrestleMania 38, saw Roman Reigns defeat Brock Lesnar to unify the WWE and Universal titles. Night two of WrestleMania closed with the match, which isn’t too surprising since WWE has been referring to it as the “biggest WrestleMania match of all time.”.

As soon as the match ended, fans began to worry about Roman, as it appeared that he had been injured during the match. At first, it appeared that Roman had popped his shoulder. On second glance, it would appear that Reigns might have torn a muscle. A photo shared by Wrestling News shows Reigns with swelling in his left shoulder/arm. It’s not clear when this injury occurred, but it could have happened either when Reigns delivered the Spear or when Lesnar locked his arm in the Kimura lock.

Roman Reigns was legitimately hurt. This might explain the flat ending. #WrestleMania pic.twitter.com/N4VUW65gCJ

Shortly afterward, fan footage emerged showing Reigns walking down the ramp with his left arm rigidly stationary. WWE fans turned to social media to speculate about the injury, many agreeing that he had torn his left bicep. The promotion hasn’t commented on how serious Reigns’ injury is right now. The “Tribal Chief” struggled to hold onto one of the titles after winning.

Brock Lesnar was seen checking on Roman Reigns during the match

Brock Lesnar was caught subtly looking at Roman after the match, further intensifying speculation. Lesnar is seen squeezing the back of Roman’s neck in video clips that have been shared online. As a way of communication between wrestlers, Lesnar is essentially asking Reigns how he is after their match, probably because he is concerned that his opponent may have injured himself.

brock squeezing roman’s nape and checking on him ???? pic.twitter.com/YAklNQxRUP

Roman was able to lift both titles in the air at the end of the show. Fans are concerned that he may have sustained an injury, but he seems to be okay. It’s imperative to note that no one is reporting that Reigns is injured. Even so, it does seem as though he was injured during his ‘Winner Takes All’ title match from the videos which have surfaced online.

Will Ronda Rousey Show Up on SmackDown Tonight?