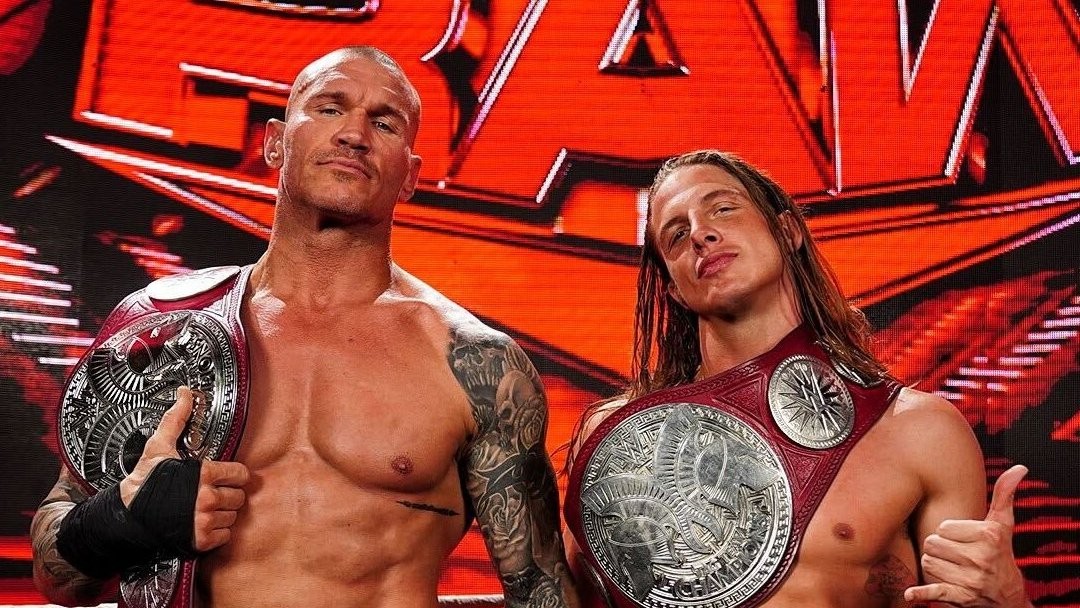 The Road to WrestleMania 38 is in full effect, but it’s going a bit slower than usual. With 9 matches confirmed so far, WWE needs to start filling up the Most Stupendous 2-Night WrestleMania of All-Time, real quick. Last night’s episode of Monday Night Raw gave us an idea of what the final card would look like, thanks to Kevin Owens’ hatred for Texas and a massive title change.

Given Vince McMahon’s notorious dislike for tag team wrestling, it’s no surprise that the tag team championships have taken a backseat in the Road to WrestleMania 38. The Smackdown Tag Team Championships have been on lock with The Bloodline for months now. Their feud with the Viking Raiders has been more confusing than entertaining, but at least it gives Erik & Ivar something to do. Raw has surprisingly faired much better.

The Alpha Academy has been a revelation. Chad Gable has proven, once and for all, that he is the REAL illegitimate son of Kurt Angle. RK-Bro has given Randy Orton a new lease on life after his feud with the former Bray Wyatt ended in disaster at WrestleMania 37. Both teams have been a highlight and are single-handedly responsible for making Raw watchable again. And last night, they proved why they are low-key the best things going in WWE.

In what has to be the hottest tag team triple threat match WWE has put on in recent memory, Randy Orton and his Bro Riddle regained the Raw Tag Team Championships, after Orton hit one of the craziest RKOs ever; period.

The action-packed, fast-paced match-up might just have been a teaser for WrestleMania 38, however. After the match was over, Orton took the mic to share a genuinely heartfelt moment with his tag team partner and called him the F-word.

“I’ve been doing this more than 20 years now and I have never had this much fun as I’m having right now in this ring with my partner @SuperKingofBros. I mean that from the bottom of my heart. This man is my FRIEND.”@RandyOrton making us all emotional right now on #WWERaw. pic.twitter.com/EICZVz8Kcj

This is the first time we’ve ever seen Orton have this much fun in his 20-year-long career. His Bromance with Riddle started off on a bit of a left foot, as most bromances do, but after spending a few months beside him, it looks like The Viper has finally found peace in WWE. But not for too long, as later in the night, The Street Profits reminded Sarah Schreiber that they pinned RK-Bro last week, which puts them next in line for a title shot.

With the way things are looking right now, expect the WrestleMania Raw Tag Team Championship match to be a Triple Threat at the very least. RK-Bro, Alpha Academy & The Street Profits are going to be in it, that much I can guarantee.