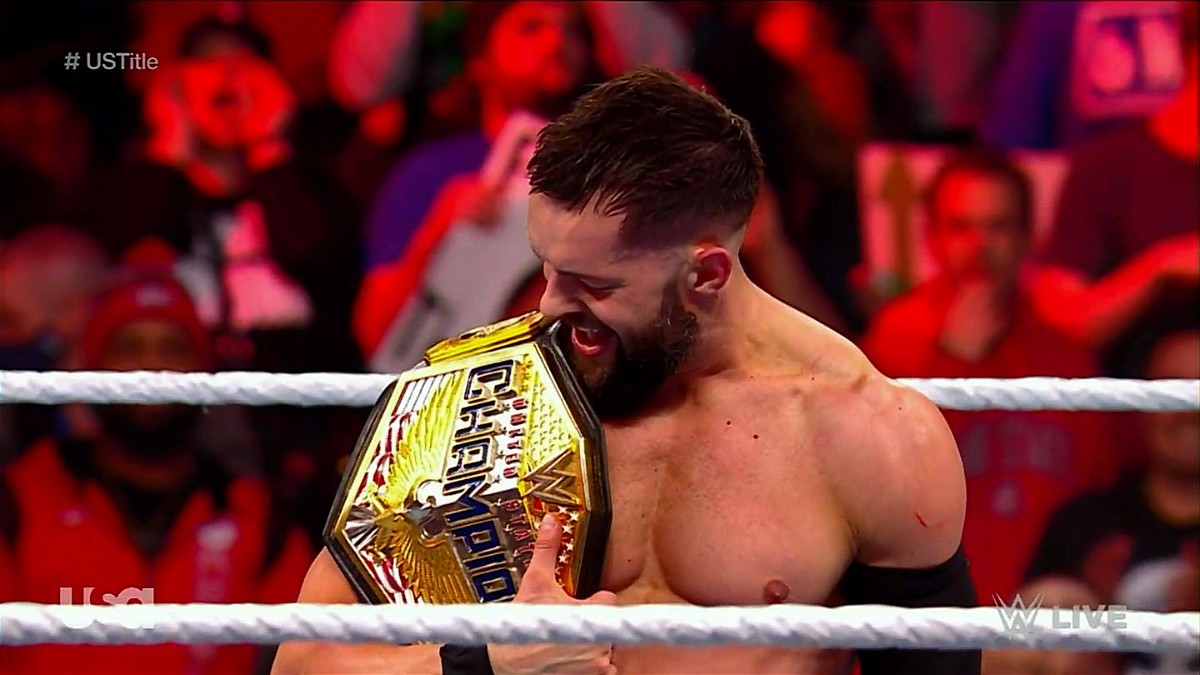 Last night on Raw, we saw a huge title change. Damian Priest put his United States Title on the line against Finn Balor. Finn Balor has been missing in action for a long time. Last week Balor made his return and instantly got into the US Title picture. The fans were concerned if Finn would even be part of WrestleMania 38. Now, he has a clear path to wrestle at the grandest stage of them all.

The US Title Match

Damian Priest has been on this ‘split personality’ gimmick for a while. During every match, the ‘Damian‘ overtakes the good guy in Priest and has an outburst of rage.  Damian Priest became the United States Champion at WWE SummerSlam 2021. Priest has held onto the title for 191 days. But honestly, he has hardly done anything with the title. After holding on to the title for over 6 months, it looked like we were going somewhere.

Last week on Raw, Priest had a match against Shelton Benjamin. After making quick work of the ‘Gold Standard‘, Priest picked up the microphone and demanded he gets a worthy challenge for once. Finn Balor answered it. Along with the fans, Priest was also excited about the match.

Last night on Raw, we got the match. After a good back and forth, Balor hit the Coup De Grace and won the match. Finn Balor won his first ever United States Championship.

After the match ended, Balor was celebrating. Priest got the microphone and talked about how the fans are celebrating Balor after 1 victory while for the past 6 months they did not give a rat’s rear end about him. He then went to shake Balor’s hand but instead attacked the new US Champion. Priest went full heel and beat the living hell out of Finn Balor.

The two had a good television match last night. Both are exceptional wrestlers and we can expect both stars have a rematch at WrestleMania. This time around we can get a US Title match between ‘The Demon‘ and ‘Damian‘.

Would you like to see these battle it out once more at WrestleMania 38? Let us know.