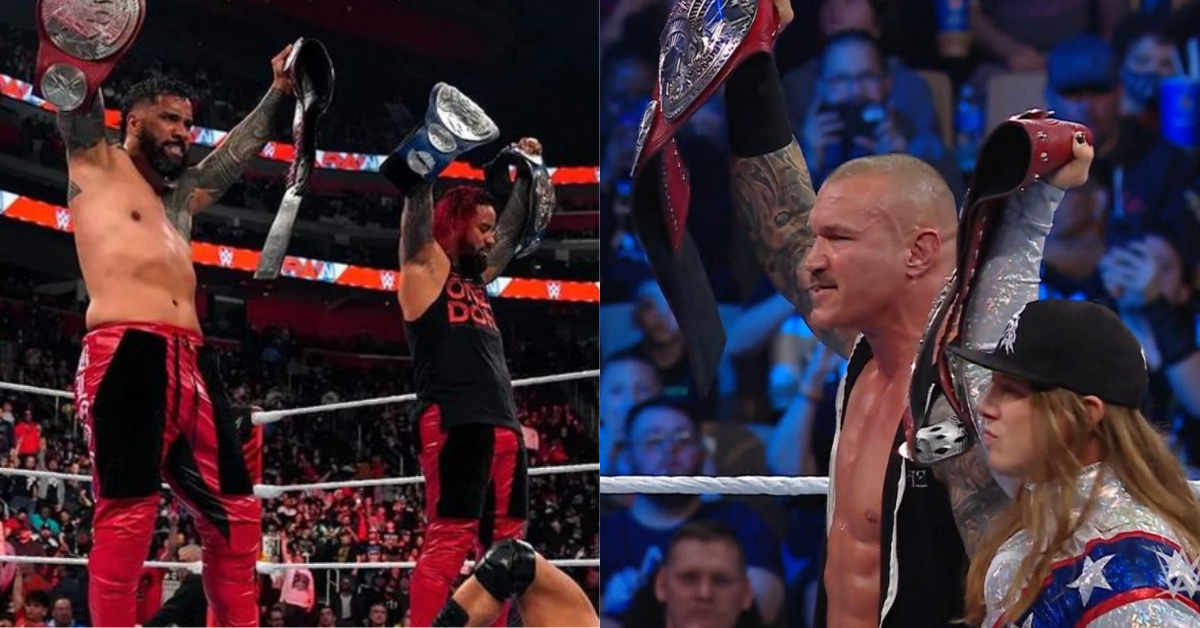 Typically, WrestleMania Backlash features a ton of re-matches from its preceding ‘Mania. But this year’s addition is going to be a little different. Rousey vs Flair in an “I Quit” match already had us salivating. And now, WWE looks set to re-shape its title picture by possibly having a repeat of the WrestleMania 38 main event.

WrestleMania Backlash is shaping up quite nicely

WrestleMania Backlash returns to the Dunkin’ Donuts Centre in Providence, Rhodes Island for the 3rd time since its inception in 1999. The Premium Live Event is slated for May 8th, and WWE have already started building towards it.

The rematch is OFFICIAL! @MsCharlotteWWE defends the #SmackDown Women’s Title against @RondaRousey in an “I Quit” Match at #WMBacklash https://t.co/Rv7KVS4f6O pic.twitter.com/v9farvSIG4

Ronda Rousey & Charlotte Flair aren’t the only ones confirmed for the card. Cody Rhodes is set to take on Seth Rollins in a re-match of their WrestleMania classic. Bianca Belair will surely defend her Raw Women’s Championship against Sonya Deville at the event, as well.

And Roman Reigns might have to deal with the King of Strong Style as the first contender for his Undisputed WWE Universal Champion, given the events that transpired on last week’s SmackDown. Speaking of which…

The Tribal Chief took all of last week to celebrate his historic accomplishment. But at the end of his address on SmackDown, he claimed that The Bloodline was far from done, and instructed his cousins The Usos to do what he did and unify the tag team championships.

So, they rocked up to Monday Night Raw and called out RK-Bro for a title unification match. Randy Orton & Riddle seemed to dig the idea, but WWE “higher ups”, not so much. At least, until the end of Riddle vs Jimmy Uso from last night’s episode of SmackDown, because it looks like they’ve decided to make it official.

The Usos will take on RK-Bro in a Winner Takes All Title Unification Match at WrestleMania Backlash.

This is the first time that WWE will have a unification match for its top tag titles since 2009, when The Miz & John Morrison lost their WWE Tag Team Championships to the World Tag Team Champions Primo & Carlito at WrestleMania 25.

And given the fact that they want to make Reigns the Greatest WWE Superstar of All Time, it only makes sense that his cousins would walk out with the W on May 8th. At the same time, RK-Bro are the hottest tag team in WWE at the moment, so maybe giving them the titles would be a better idea. Guess we’ll just have to wait and watch.