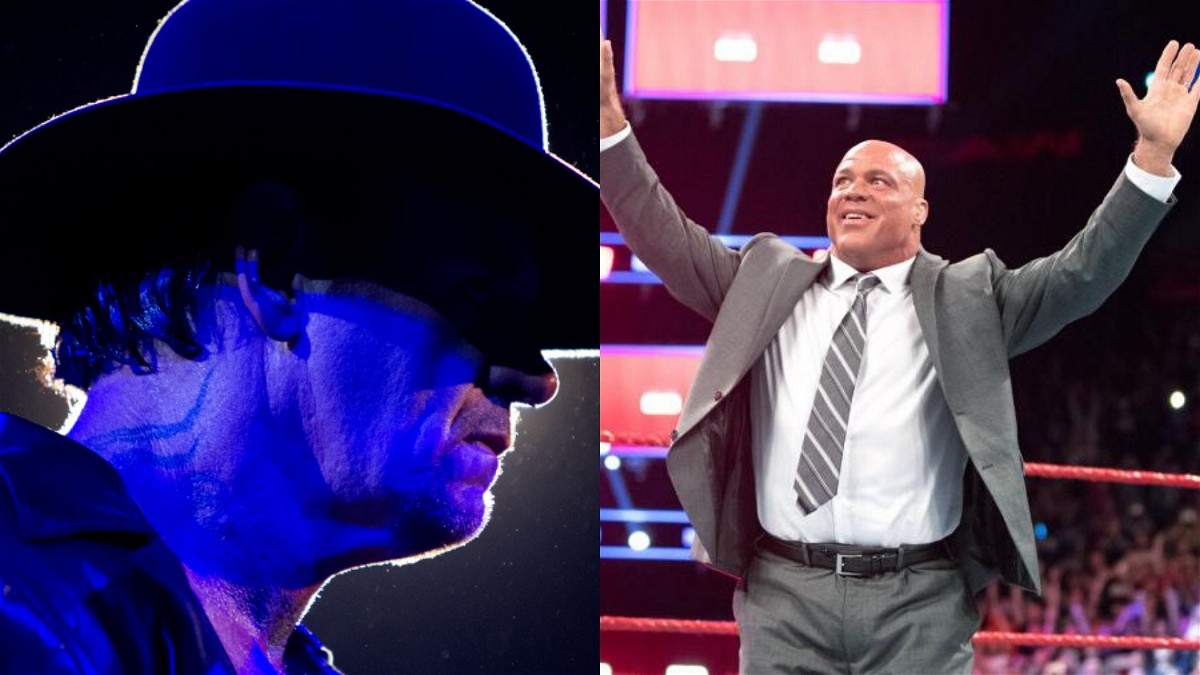 WWE is the best when it comes to production value. The leading wrestling promotion has given us beautiful entrances over the years at marquee events. John Cena’s WrestleMania 25 entrance comes to mind. Triple H and WrestleMania entrances have a great record, and who can forget HBK’s entrance from heaven for his final match against The Undertaker. Last night WWE legend and Olympian Gold Medalist, Kurt Angle took to Twitter to remind us of THIS entrance.

The tweet reads, “This was without a doubt the greatest entrance of all time. It was the end of the Royal Rumble PPV, and I began a program with @undertaker for No Way Out PPV in 2006. I still get chills to this day when I watch it.”

This was without a doubt the greatest entrance of all time. It was the end of the Royal Rumble PPV, and I began a program with @undertaker for No Way Out PPV in 2006. I still get chills to this day when I watch it. #itstrue pic.twitter.com/ZDbIdcbA5g

The video starts with Kurt Angle celebrating his WWE World Heavyweight Championship win over Mark Henry. It was not long before the famous gong hit and The Phenom made his way out on a horse accompanied by his disciples. The Undertaker then shows off his supernatural abilities to bring ‘Electricity’ down on the ring which collapsed with Kurt Angle looking shell shocked.

A match was then set up between the two for No Way Out 2006.

What happened at No Way Out 2006 between Kurt Angle and The Undertake?

At the pay-per-view, The Undertaker challenged Kurt Angle in the main event for the WWE World Heavyweight Championship. Both superstars went back and forth in a hard-hitting battle. After wrestling for control of the match, the war spilled outside of the ring where Angle hit The Phenom with an Angle Slam through the commentary table!

Towards the end of the match, former RAW GM hit The Undertaker with another Angle Slam for a near fall. The leader of darkness then trapped his opponent in a triangle choke. However, a clever roll-up from Angle saw him retain his championship and defeat The Undertaker.

This match has been described as one of the most underrated matches of all time.

Which other entrance do you think deserves a place alongside this one?

Robert Whittaker Says His “Ego” Cost Him the First Fight Against Israel Adesanya, Reveals Changed Mindset Ahead of UFC 271