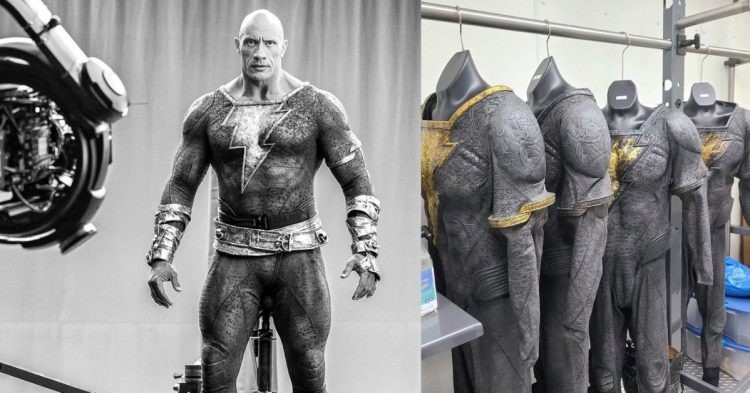 Dwayne Johnson has already been assuring the fans that Black Adam will be a genuine rebirth of the character ever since it was announced. He guaranteed the public that the character would be just like it was in the comics. They knew that nothing about his attire, even the suit, and cape, would let them down. Surprisingly, The Rock kept every promise he made.

True story 😊
I had the DC costume team remove all the thick muscle padding they put in the original Black Adam suit. The goal is to usher a new era of antihero, so I wanted to put in the hard work and raise the bar.
BLACK ADAM⚡️World Premiere Trailer drops JUNE 8th!#nopadding https://t.co/9VftEItvjz

The padding that was included in Dwayne “The Rock” Johnson’s “Black Adam” costume did not impress him. The former wrestler who portrays the title character in the forthcoming DC Comics movie voiced his dissatisfaction with the padding in a call to producer Beau Flynn, keen to display his own physique in the movie.

Dwayne said in his post, “I had the DC costume team remove all the thick muscle padding they put in the original Black Adam suit. The goal is to usher in a new era of antiheroes, so I wanted to put in the hard work and raise the bar. BLACK ADAM World Premiere Trailer drops on JUNE 8th!”

Beau Flynn stated to the SFX magazine: “Dwayne is such a great guy, he’s never been angry with me but when we sent the suit to him in Hawaii, he called me up and he’s like, ‘What the f*** is going on? There are pads in the suit. “He’s like, ‘I work out and kill myself for a year. I want to show my body.”

The Rock was asked about the Black Adam costume in a promotional interview for Jungle Cruise. She said that Johnson had chosen to use the Black Adam outfit rather than the original one after rejecting it. Dwayne Johnson replied, “Well, I wanted to come in the best shape of my life and I wanted to raise the bar.”

He continued by describing the first suit to us. He stated: “When we first tried on the first costume that they had made for me was padded. Like all the superhero costumes are padded. But when you have padded it takes away from your real body. So all this (indicating to his body) went away and all this padding made it look fake. So we removed all the padding and redesigned the costume.”