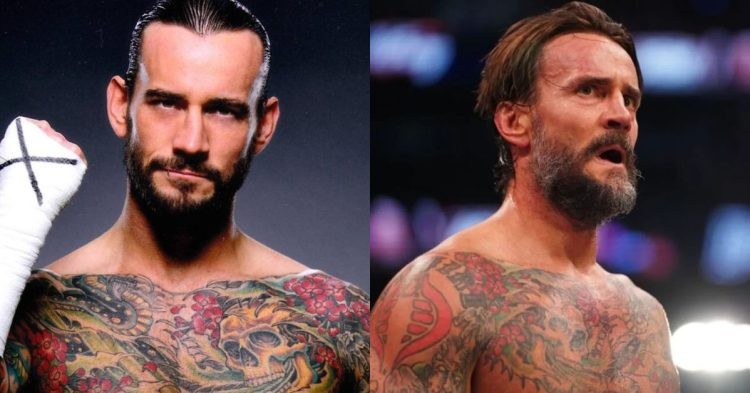 According to a recent rumor, CM Punk may return to WWE if his AEW contract is bought out. With Triple H now in charge of talent relations and the entire show, he might be the one to pull the plug on bringing ‘The Best in the World’ back.

CM Punk’s return for his AEW debut was among the greatest wrestling storylines of 2021, but it appears that the run was cut short in late 2022.

Punk hasn’t been seen in AEW since a backstage brawl with the Young Bucks and Kenny Omega, and speculations are emerging that the wrestling promotion is trying to buy him out of his contract.

Punk’s future at Tony Khan’s AEW remains unclear, the pro wrestler has posted a cryptic message on social media, fuelling speculation about his WWE return. The ex-WWE star uploaded a photo on his Instagram from his time with the promotion on his account. CM Punk is seen standing on the middle turnbuckle, facing the audience. As expected, this image has sparked speculation about his potential WWE return.

CM Punk posted this on his IG Story and yes it’s real pic.twitter.com/f15RoFGXoe

Punk’s rocky relationship with the company could be an issue. WWE and AEW were both exposed to the ultimate CM Punk experience. However, CM Punk’s undeniable star power is not worth the physical, mental, or emotional risk he brings.

According to Dave Meltzer in the most recent issue of the Wrestling Observer Newsletter (via WrestlingInc), few of All Elite Wrestling’s top stars would prefer that Punk never returns to the company’s locker room.

Wrestling icon Chris Jericho is said to have told his coworkers that he will “make sure” Punk does not return to the company. It was also alleged in October that Jericho referred to Punk as a “cancer” as a result of his role in the Brawl Out controversy.

Fans have speculated about CM Punk’s likely return to WWE or AEW after his departure. While neither promotion’s talent desires to work with him, his potential comeback cannot be ruled out.

Despite the fact that CM Punk has become synonymous with controversy, he has remained silent on the subject, possibly because telling his side might result in even more legal action that is already underway.