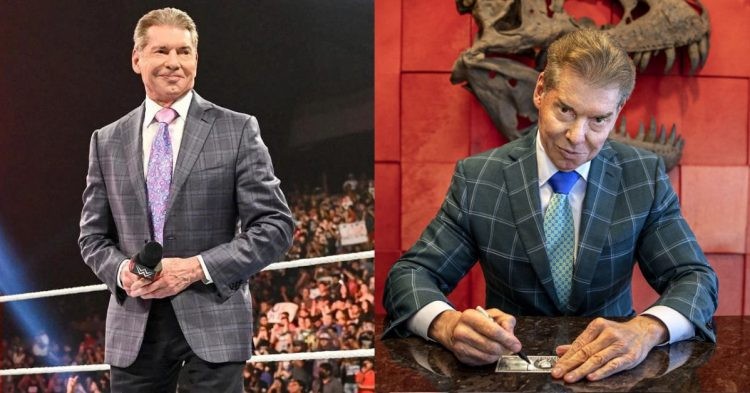 Even though he left WWE in July 2022, Vince McMahon returns to the promotion to try to sell the company. Because of his ownership of Class-B stock, Vince has the majority of authority in WWE.

Vince retired at the moment because of various “hush money” payouts revealed concerning multiple affairs he had with different women during the company’s history. It drew a lot of bad press to the organization, so Vince decided to quit.

McMahon was said to be interested in returning to WWE, and now The Wall Street Journal is stating that Vince wants to sell the company. They stated: “Vince McMahon, who has majority voting power through his ownership of WWE’s Class-B stock, has told the company that he is electing himself and two former co-presidents and directors, Michelle Wilson and George Barrios, to the board.”

According to the Wall Street Journal, Vince wrote a letter to WWE’s board in late December as he “believes there is a small window to begin a sales process due to WWE’s media rights.” The existing RAW and Smackdown TV contracts expire in October 2024 and are scheduled to be renewed in the first half of 2023.

How much of WWE is owned by Vince McMahon?

Mr. McMahon is intended to be appointed to the Board of Directors and to take over as Executive Director. Furthermore, he is rumored to be preparing to sell WWE. According to the Wall Street Journal, McMahon is the majority owner of Class-B Stock, allowing him the authority to influence the promotion.

Vince McMahon owns around 37.6 percent of WWE’s entire stock. He currently owns 28.7 million shares of the total equity of the corporate entity.

Mr. McMahon is likely to negotiate the broadcasting rights deals for ‘Monday Night RAW’ with USA Network and ‘Friday Night SmackDown’ with Fox. This is an unexpected decision given that the contracts stated above expire in October 2024.

Because Vince is the majority owner of WWE, he will have a vote in all internal decisions. According to some reports, WWE may be up for sale soon. Potential buyers include NBC, Fox, and Disney. However, the new owner does not necessarily imply a change in show management, but rather a number of adjustments in the overall representation of the programs.

Under Triple H’s new regime, the WWE universe has been rejuvenated; the roster is star-studded, locker rooms are filled with enthusiasm, and the stars who deserve to be in the spotlight are getting adequate screen time. Things may return to normal with the return of the former CEO. Let’s hope The Game will not really change too much.