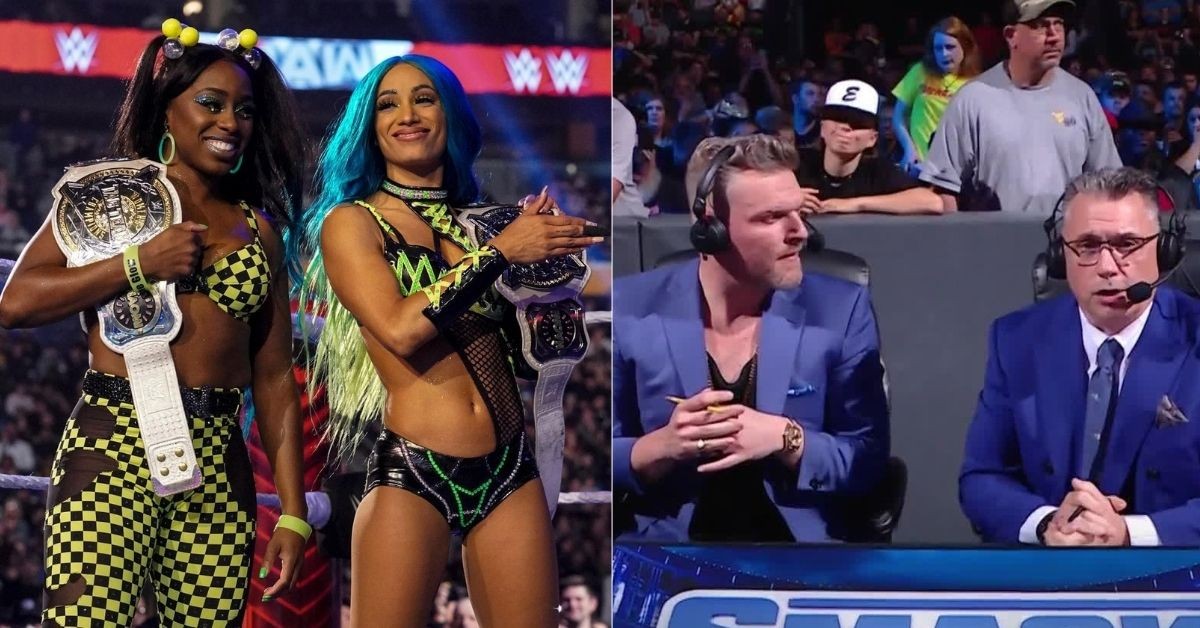 WE fans have made their displeasure heard on Twitter with #IStandWithSashaAndNaomi going viral after WWE announced the suspension of Sasha Banks and Naomi on SmackDown.

WWE has removed Sasha Banks and Naomi from their TV intros. You can see the updated into on last night’s SmackDown and NXT Level Up. pic.twitter.com/9UX6Ve23kp

WWE commentator Michael Cole announced that the former Women’s Champions have been suspended and stripped off their titles. It comes in the wake of the incident involving Sasha and Naomi walking out of the arena during last week’s RAW. WWE has further confirmed that a new tournament will be held to crown the new Women’s Tag Team Champions.

The WWE Universe didn’t take the suspension kindly and took to Twitter to express their unhappiness with the decision.

People have shown a lot of respect and support to to Sasha Banks and Naomi, claiming that WWE management left them high and dry.

Sasha Banks and Naomi have been quiet about their situation with WWE. Many WWE legends and Hall of Famers have commented on the incident. They have expressed their displeasure with WWE airing their dirty laundry on air.

Sasha Banks was recently spotted at a concert event looking unusually happy. We will have to wait and see how long Sasha and Naomi will remain suspended and what it means to their future in the company.