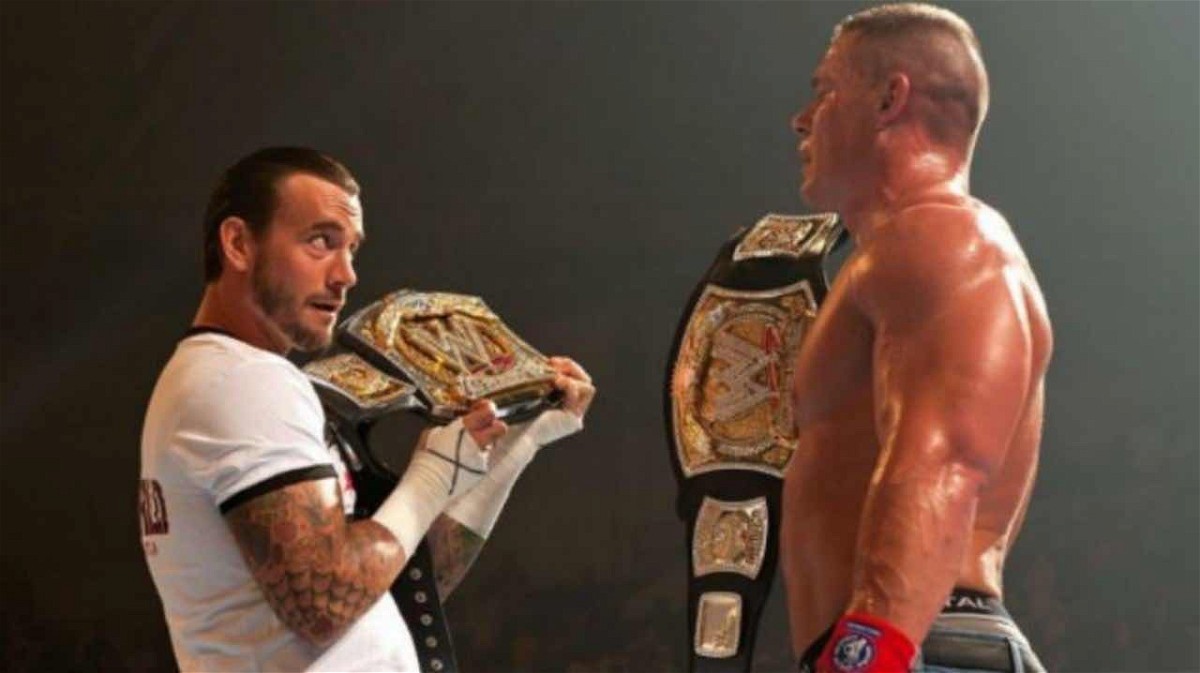 John Cena is one of the biggest stars in Hollywood today. The 16x WWE World Champion wrapped up Season 1 of his HBO series Peacemaker recently. With a confirmed Second Season and multiple big-money movies slated for release in the coming years, the Leader of the Cenation got high praise from one of his most-iconic in-ring rivals; CM Punk.

John Cena once called out The Rock for “Going Hollywood”

Cena vs Rock. Twice in a Lifetime. One of the biggest Premium Live Event feuds in WWE history was sold on some real-life heat between its participants. During the build-up to WrestleMania 28, Cena repeatedly called out The Rock for being a part-time wrestler and selling out to “Team Film It”.

To be fair to Mr. Hustle, Loyalty & Respect, his promo work played a huge role in helping WWE net $8.9 million for ‘Mania 28, the highest-grossing WrestleMania at the time. He has since realized his mistakes and apologized for the same, after following in Dwayne Johnson’s footsteps and discovering just how demanding the Hollywood lifestyle can be. His exceptional comedy chops have shined through his performances in films like Trainwreck, Blockers, and The Suicide Squad. The fact that Cena is such a great actor doesn’t faze The Second City Saint, however.

CM Punk has had a prolific acting career himself

The Best in the World isn’t averse to facing the camera. CM Punk has crafted a niche acting career in the horror genre, appearing in films like The Girl on the Third Floor, Rabid, and Jakob’s Wife. He portrays the villainous pro-wrestler called Ricky Rabies in Starz’ drama show Heels; a Junkyard Dog-type figure with a rather rad drone that accompanies him during his entrances. Punk shocked the world in August 2021 when he made his return to Professional Wrestling after a 7-year absence.

John Cena was the Face That Runs The Place for nearly 2 decades. He’s had a Hall of Fame worthy career and will go on to match The Rock’s success in Hollywood; if not outright displace him. This is something that doesn’t surprise CM Punk, who told CBS Sports’ Shakiel Mahjouri as much in an interview late last year.

Looking back, it only makes sense. Cena has been performing at the top level in the world’s biggest Sports Entertainment company for years now. His profession demands quick-thinking and spontaneity as a baseline requirement, so Cena being a great actor shouldn’t come as a surprise anyway. His breakout performance as Peacemaker might have been mired in controversy due to his Twitter Fingers, but there is no denying that John Cena is one of the best professional-wrestlers-turned-actors on planet Earth; and that includes Rowdy Roddy Piper.