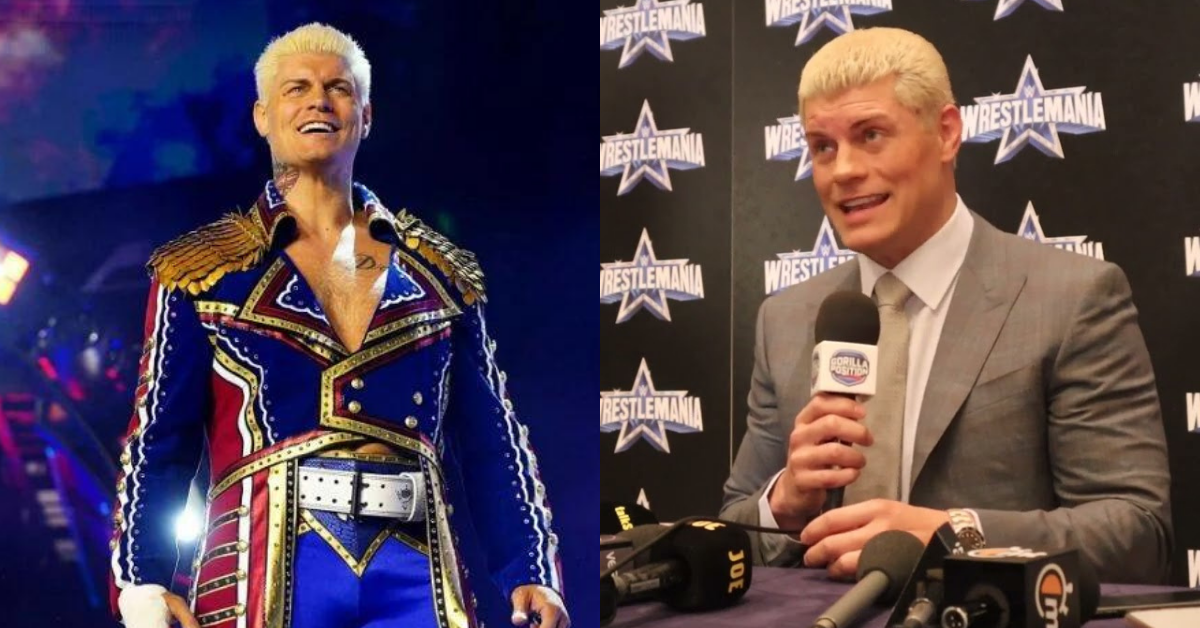 It’s been 3 weeks since Cody Rhodes returned to WWE, and they have somehow managed to not mess him up; yet. The American Nightmare has been welcomed with open arms by the WWE Universe; but he recently commented on the online tribalism that exists between fans of his current & former promotion.

#WWESyracuse was groovy, now looking forward to #WWERaw tonight in Buffalo(a lot of history for me in this arena)

Cody Rhodes is no stranger to “divisiveness”

Though he started his AEW career as its biggest babyface, somewhere along the line, Cody Rhodes lost his appeal. And not for us, mind you, but for the hardcore AEW fans. The American Nightmare is a 3x TNT Champion and has helped create several stars in the process.

But he’s also made some rather questionable decisions in his tenure as performer/EVP. Most notable of these is his infamous program with Anthony Ogogo, which was so tone deaf that it turned the fans on him.

For the last few months of his AEW career, Cody was effectively the John Cena of the promotion, drawing mixed reactions from every town he went to. He even set himself on fire to try to salvage his run as a babyface, but it was to no avail, and he left All Elite Wrestling after failing to agree to terms with Tony Khan.

The American Nightmare recently sat down for a revealing conversation with Ryan Satin for his Out of Character podcast, where he spoke candidly about why he left AEW, and what he thinks about the competition between both companies.

Cody Rhodes reflects on boxing himself out of the AEW World title as an EVP on this week’s #OutOfCharacter.

At the 29 min 18 sec mark, the conversation turns to the tribalism that exists between WWE & AEW fans. Satin comments on the fact that a portion of the fan community can be very active in making their displeasure known, which Cody agreed with.

He went on to compare both fans in a very diplomatic manner, saying both “good & bad” things are said; by both sides, no less. Cody Rhodes went on to state that the fans will not move away from the perception they have created for themselves of you, so you might as well just lean in. Ultimately, he compared the situation to Parks & Rec episode “Bowling for Votes”; which we think is an apt analogy.