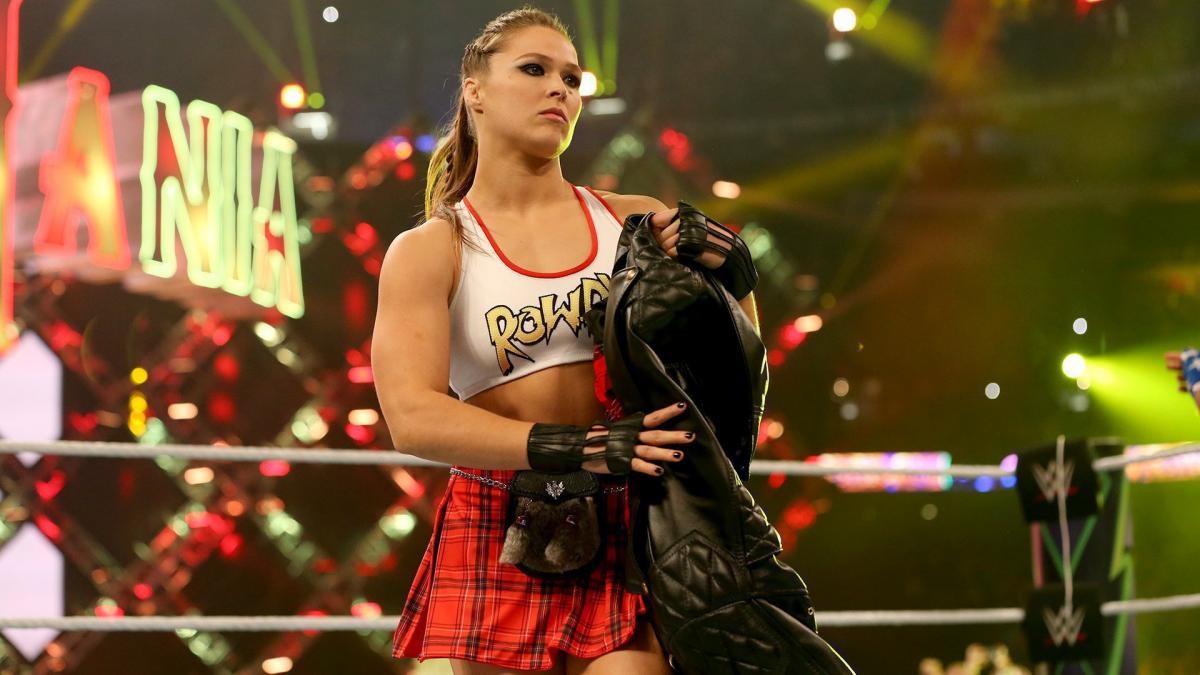 WWE is in Jeddah, Saudi Arabia this weekend for the Elimination Chamber pay-per-view. Due to this reason, the wrestling promotion had to tape their latest SmackDown episode ahead of time. This will also be the go-home show for Elimination Chamber.

In the upcoming episode of the blue brand, we will see the official announcement of Ronda Rousey’s next match in WWE. As per spoilers, Ronda Rousey will team up with Naomi to take on the duo of current WWE SmackDown Women’s Champion Charlotte Flair and Sonya Deville.

Aaron Drift on NoDQ.com took to Twitter to reveal footage from the tapings. In the video, we see a contract signing set up to finalize the match between the two teams. Charlotte Flair then proceeds to taunt Ronda, to which the Rowdy One takes her head and smashes it into the table. However, the move looks awkward and ineffective. Aaron Drift added in the Tweet, “Does this count as a spoiler since it might be edited when the show airs?”

Does this count as a spoiler since it might be edited when the show airs? pic.twitter.com/E7d0K8hXbr #WWE #Smackdown

Indeed, we may not see this during the final cut WWE puts out live on Friday night. However, this once again raises the suspicion about Rousey’s ring rust. She returned to Royal Rumble after only 4 months since she gave birth to her daughter. Her return looked awkward and there were moves botched by Rousey then too.

We hope Ronda shakes off her ring rust soon to give us her best performance at WrestleMania 38.

The latest SmackDown tapings also gave us all the spoilers for the go-home show for Elimination Chamber. Roman Reigns and Goldberg had one final face-off before their WWE Universal Championship match. Apart from this WWE surprised us by just spoiling one of their match results from the show.

WWE tweeted, “BREAKING: New Champion crowned at #Smackdown tapings in New Orleans, LA!” Upon clicking the link in the tweet, it is revealed that Sami Zayn has defeated Shinsuke Nakamura and became the new WWE Intercontinental Champion!

WWE Elimination Chamber is this weekend with plenty of big matches on the cards. By the looks of it, another match has been added featuring Ronda Rousey and Charlotte Flair. Are you excited about this pay-per-view?

Can Kamaru Usman Dominate Israel Adesanya With His Wrestling?