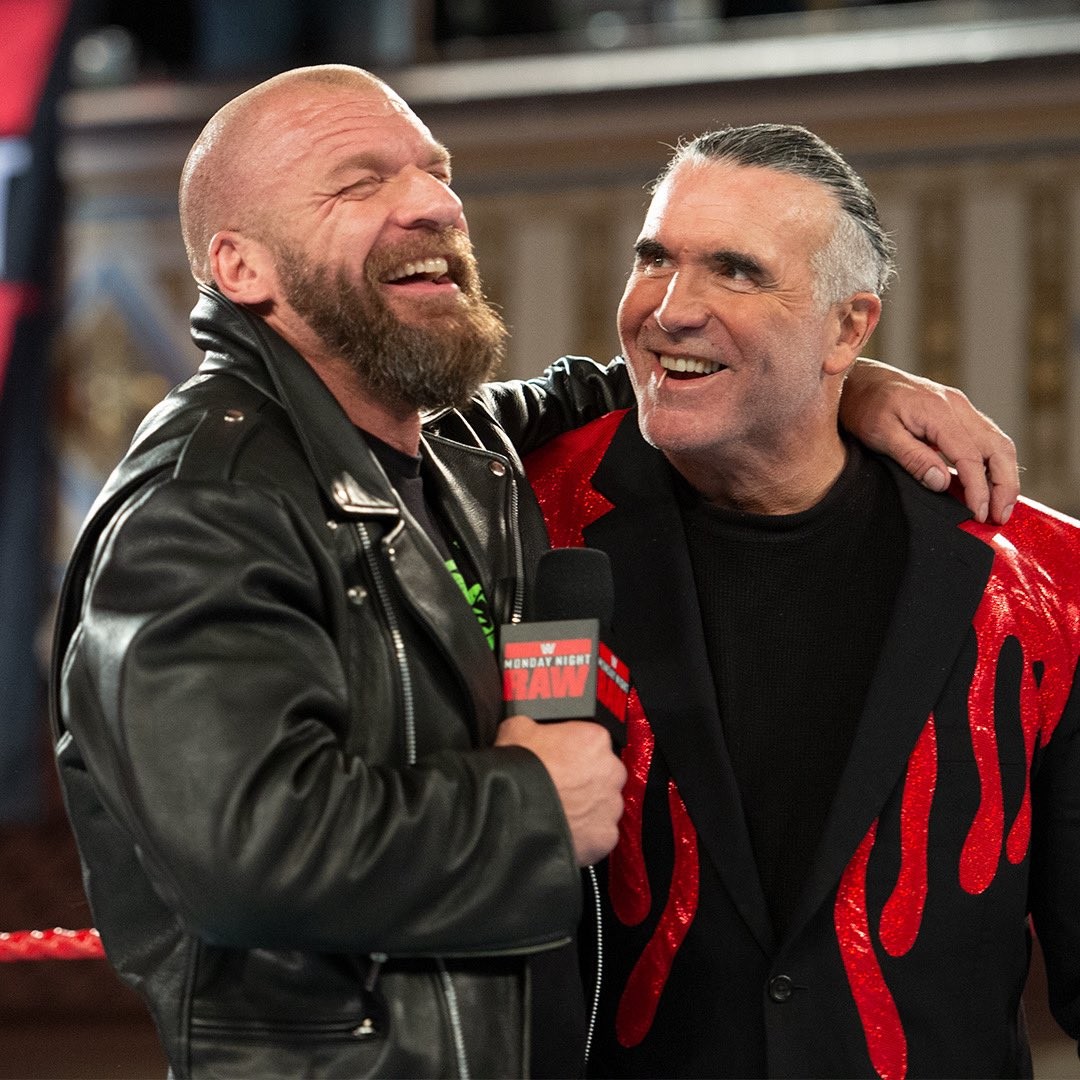 “Bad times don’t last, but Bad Guys do”. Scott Hall is easily one of the greatest Sports Entertainers to never win the Big One. The man known as Razor Ramon in the early 90’s WWF has had a career so iconic, he’s been inducted to the WWE Hall of Fame twice. Scott Hall tragically passed away earlier today, and the wrestling world poured out their adulation for the Bad Guy; including his close friend and Kliqmate, Triple H.

After coming off of a successful-yet-unfruitful stint with WCW, Paul Levesque found The Promised Land in Vince McMahon’s company. Hunter Hearst Helmsley is a 14-time World Champion in WWE. He didn’t get there without making some friends. Scott Hall, Kevin Nash and Shawn Michaels took the new up-and-comer under their wing, and alongside Sean “X-Pac” Waltman, formed The Kliq.

These 5 men reigned over the world of professional-wrestling for the better part of a decade, both on the same side and as competitors. Triple H & Shawn Michaels became household names in the WWF, while Hall & Nash changed the industry as part of the nWo. Waltman has been fortunate enough to be a part of both of their journeys across the years. As fate would have it, both men have struggled with cardiac issues in their respective lives; unfortunately, one of them isn’t around to talk about it anymore.

Kevin Nash took to Instagram last night and informed the world that Scott Hall was on life support. A lifetime of wrong decisions seem to have caught up with the WWE Hall of Famer. Even after getting his life together thanks to DDP and staying clean for nearly a decade, Scott Hall passed away after suffering from multiple consecutive heart attacks due to surgery complications.

His family took him off of life support today, and the well wishes have been pouring in ever since. It even drew out Triple H from his social media hiatus. Taking to Twitter and Instagram, Levesque lamented the loss of his close friend, saying he was “gutted”.

I love you Scott!!
I’ll see you down the road…#BuddySystem pic.twitter.com/Qx2he0TetS

Levesque has been dealing with cardiac issues of his own, which can potentially keep him out of the ring for good. We at SportsManor would like to extend our deepest condolences to Scott Hall, his family and his friends. Our thoughts and prayers are with them all.