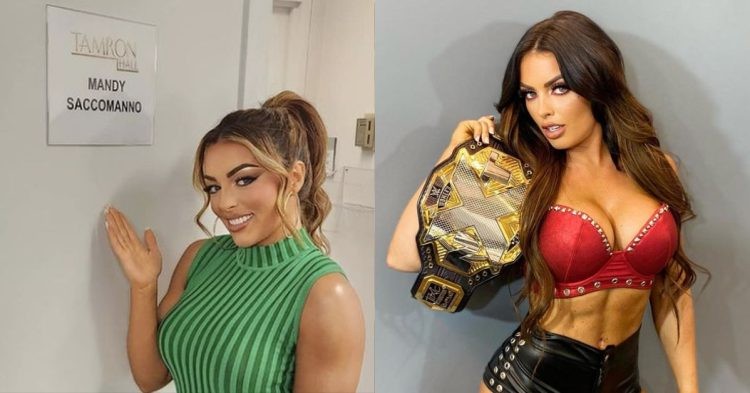 Mandy Rose, a former WWE star, stated she was “hurt” by the WWE’s decision to remove her due to explicit content she uploaded on her FanTime profile. Rose was fired by WWE on December 14, just a day after Roxanne Perez ended her 413-day run as NXT Women’s Champion. According to Dave Meltzer of Wrestling Observer Radio, Shawn Michaels fired Rose after learning her content had become “more raunchy.”

Mandy Rose stated on the Tamron Hall Show on Tuesday, “I can’t sit here and say that I was wronged or not… but I’m very hurt, Nobody wants to get that call that they’re being fired from any job, right? So I was very hurt. I was very disappointed.”

She explained how she was feeling after losing the title. “Losing the title was, honestly, a gut punch. It definitely—I was so disappointed. But at the end of the day, my purpose was what was gone. And that’s where I felt lost. And I felt confused, because of all the hard work I put into it, and driving home from that, just a lot of things were going through my mind.

She continued saying, “You know, you always think there are a lot of unanswered questions and all that, but at the end of the day, as I said, I love what I’ve done in the WWE, and I love what the platform presented me with. So I am forever grateful for them.”

WWE officials felt they were placed in a difficult position as a result of the content she posted on her FanTime account. They felt that was outside the bounds of her WWE contract.

Why did WWE fire Mandy Rose?

Mandy Rose, the former NXT women’s champion, was fired by WWE on December 14, 2022, after losing to Roxanne Perez.

Fightful Select has learned that Mandy Rose has been released by WWE.

WWE officials felt they were put in a tough position based on the content she was posting on her FanTime page. They felt like it was outside of the parameters of her WWE deal. pic.twitter.com/RZSiQ53XPf

According to Fightful, the former NXT Women’s Champion was fired by WWE for posting risqué photos and videos that violated her contract.“Fightful’s Sean Ross Sapp reports that WWE has released the former NXT Women’s Champion on December 14. Sapp reported that WWE was put in a difficult position due to the content Rose was posting on her FanTime page, as the company felt that it was outside the parameters of her contract.”

Wrestlers were prohibited from using other platforms to earn revenue during Vince McMahon’s reign. However, given that she violated her contract, WWE’s decision to release Rose is understandable. However, after devoting so much of her career to NXT and bringing the brand to new heights, WWE should have just suspended her and let her delete the content that was breaching the WWE guidelines.