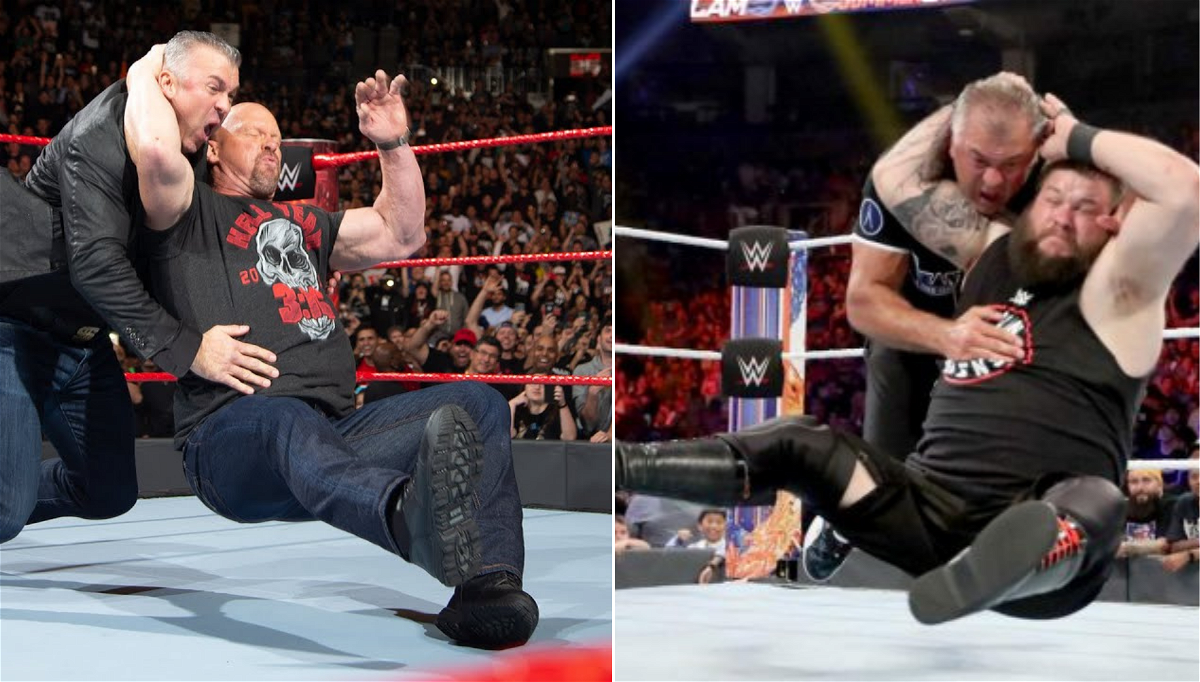 After his chance to compete at WrestleMania 38 was ruined, as a last-ditch effort, Kevin Owens called out Stone Cold Steve Austin. The Texas Rattle Snake accepted. Up until now, it is being promoted as a special edition of the KO Show with Steve Austin as the special guest. With that being said, upon seeing how the host of the KO Show is behaving these past few weeks, it may be more than just a talk show.

Last night on Raw, Kevin Owens sent his final warning to the Texas Rattle Snake. Kevin Owens assured the fans that his actions from last week were not him mocking Austin, but rather it was quite the opposite. Owens said that he was paying homage to the WWE Hall of Famer. Then the Prize-fighter mentioned that he was a fan of Stone Cold and that he retired 19 years ago. According to Kevin Owens, the person that will be the guest at the WrestleMania Edition of the KO Show is an ordinary man who goes by the name “Steve“. Owens said that he would sit and chat with Steve and even have a couple of beers with him, despite his hate for beer.

The mic-drop moment was when Owens claimed to have the better Stunner. He demanded Austin, pass the torch and acknowledge him as the new ‘Stone Cold‘, not only that but he also said, “Owens 3:16 says, My Stunner is better than yours, and that’s the bottom line because KO says so.”

“I’m going to drink a ???? with ya … we’ll even toast to you FINALLY passing the torch to me as the NEW “Stone Cold”, the one true master of the Stunner! Owens 3:16 says my Stunner is better than yours!”@FightOwensFight has some ambitious #WrestleMania plans.#WWERaw pic.twitter.com/NThWjOjVWt

It was one hell of a promo. Kevin Owens truly knows how to strike a nerve. It truly feels like we will be having an actual match between the two to close night 1 of WrestleMania.

Owens truly has perfected the Stunner over the few years he has been using it. I personally would love to see Austin open a can of whoop a** on the dastardly heel. Austin may even say that Owens has earned his respect but there can only be one Stone Cold and that is Stone Cold Steve Austin.

With that being said, if anyone can bring back the feel of the infamous Attitude Era it has to be Kevin Owens. I also can assure you that he will do absolute justice to it,The Owens 3:16 Era will rule WWE and I can guarantee that.

What are your thoughts? Should Austin pass the torch?