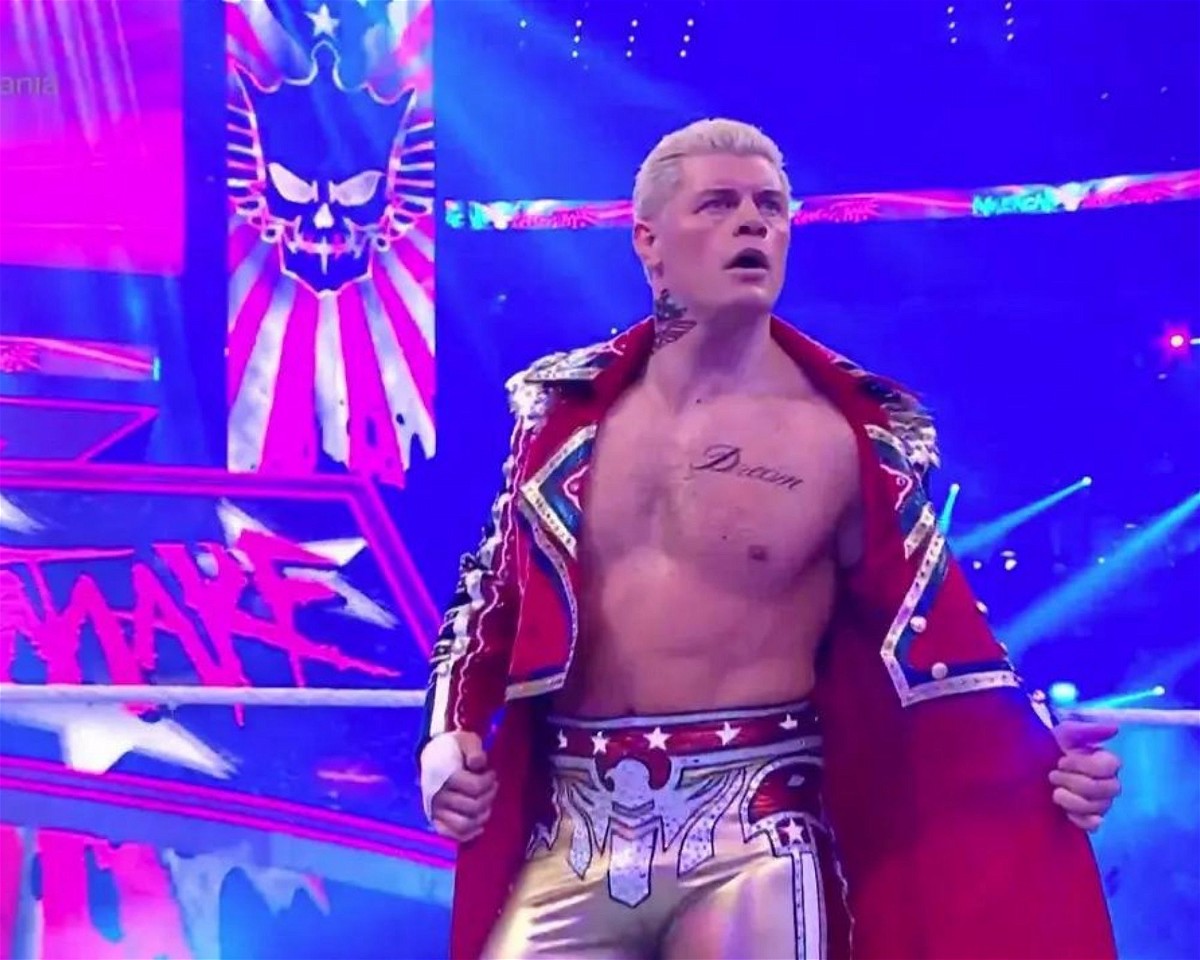 NBC aired a commercial promoting RAW and SmackDown during a USFL match. The advertisement showed Cody Rhodes and Undisputed WWE Universal Champion Roman Reigns representing RAW and SmackDown, respectively. The American Nightmare returned to WWE after 6 years and since has been performing as a top star on Monday nights.

The advertisement on NBC for WWE. pic.twitter.com/lm6TJaNKRi

Cody Rhodes featured in an NBC ad, shows as the face of RAW

Previous reports claimed that Rhodes was the second biggest babyface in WWE after former WWE Champion Bobby Lashley. But the 36-year-old was featured as the face of Raw. SmackDown featured Roman Reigns as the face of the show, which was not surprising to see. Cody Rhodes had just returned to WWE at WrestleMania 38 after six years of wrestling all across the world. WWE seems to be in favor of pushing Cody Rhodes as a top star in the company. The American Nightmare is already a top merchandise seller for the promotion and the second most popular superstar after the Head of the Table, Roman Reigns. Rhodes’ talked about his multi-year deal with WWE as one of the biggest contracts in wrestling. Reports have claimed that he is one of the top earners in the current WWE roster.

Rhodes reacts to the advertisement

Cody Rhodes took to social media after seeing a fan tweet about the NBC advert. In his tweet, the American Nightmare promoted Monday Night RAW on USA and Friday Night SmackDown on FOX. NXT superstar Roderick Strong replied to Rhodes’ tweet, challenging him for a match in the future. Rhodes accepted his invitation in a retweet.

I’m game – only wrestler on the fabled list I didn’t get around to fighting ????

(But if that backbreaker happens, early retirement for me ????) https://t.co/q08d4UIWvB

The American Nightmare has been actively performing on both brands. While he has had televised matches only on Raw, Rhodes’ has wrestled in a dark match after SmackDown went off air last Friday. He took on Seth Rollins and defeated him after delivering three Cross Rhodes, the same way he defeated the Visionary at WrestleMania 38. Since his return at ‘Mania, Rhodes has won four matches in a row.