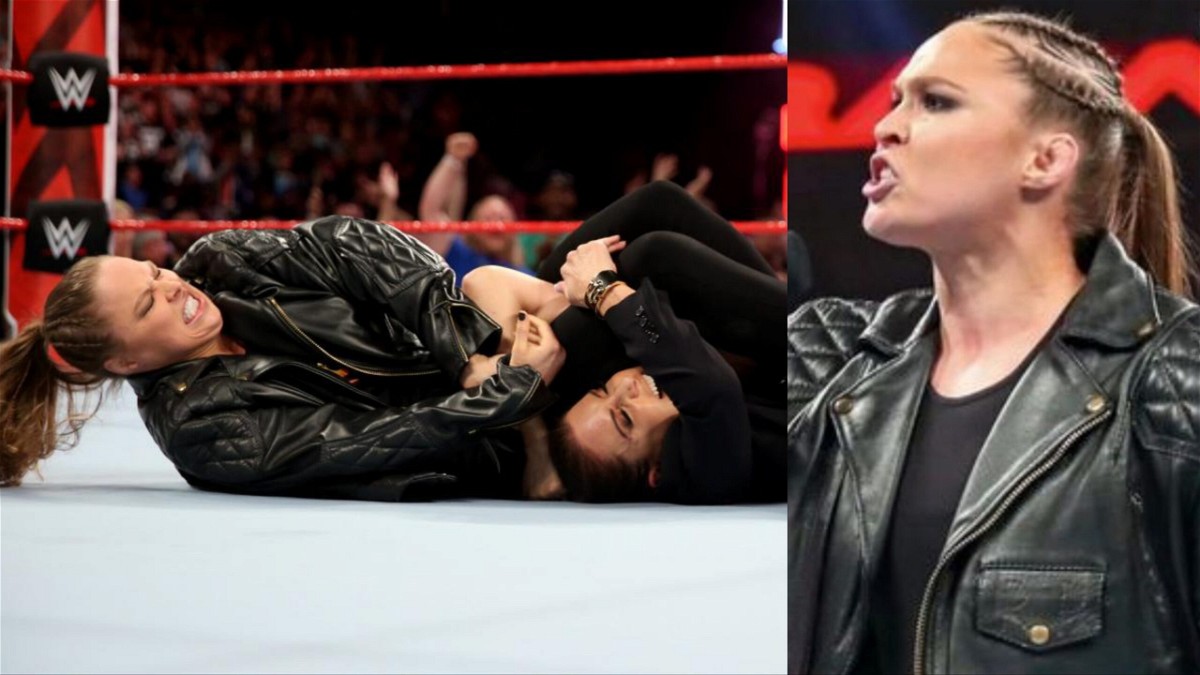 Ronda Rousey will face Charlotte Flair at this year’s WrestleMania 38 Night 1. The SmackDown Women’s Championship will be on the line for the match. Ronda will be looking to dethrone Flair to become a two-time titleholder in WWE.

After a maternity leave of over 2 years, Ronda came back to WWE and won Royal Rumble 2022. The winner of the rumble gets to pick whichever champion they want to face. And Rousey chose Charlotte.

The build-up to their showdown in a day’s time has revolved around Ronda being a one-trick pony. The armbar submission has been the go-to finisher move for Rousey in WWE. However, she also used Kurt Angle’s ankle lock to prove her diversity in the ring.

Ronda Rousey: ‘I’ll give Charlotte Flair’s arm as a souvenir to my family’

Ronda Rousey will have her legacy on the line against Charlotte Flair. If she falls short at the biggest show in the pro-wrestling industry, it will forever put a strain on her legacy in the business. Hence, she is putting in extra hours of practice to practice her game plan.

During the WWE Hall Of Fame ceremony yesterday, cameras caught up with the former Raw Women’s Champion. During the interview, Ronda added that she wants to suppress her anger for now so that she can take it out on Flair in the ring. Rousey also revealed that her family will be in the audience for the match. As for her prediction, she said,

.@RondaRousey gets some last minute reps in ahead of her match against @MsCharlotteWWE at #WrestleMania! ???? #SmackDown pic.twitter.com/26HDrt1yQu

“Charlotte, you can either tap out tomorrow or I’m going to rip your arm off and give it to my family as a souvenir. Believe me.”

Ronda Rousey’s armbar has been lethal way before she even got into the UFC. During her championship fight against UFC fighter Miesha Tate in Strikeforce, Rousey almost snapped Tate’s arm off.

Rousey left WWE in 2019 in order to start a family and she gave birth to her son with her husband ex-MMA fighter Travis Browne last year. They have named their son La’akea Makalapuaokalanipo Browne. The presence of her family will definitely work in favor of Rousey as it may provide an extra motivation to win the biggest match of her wrestling career so far.