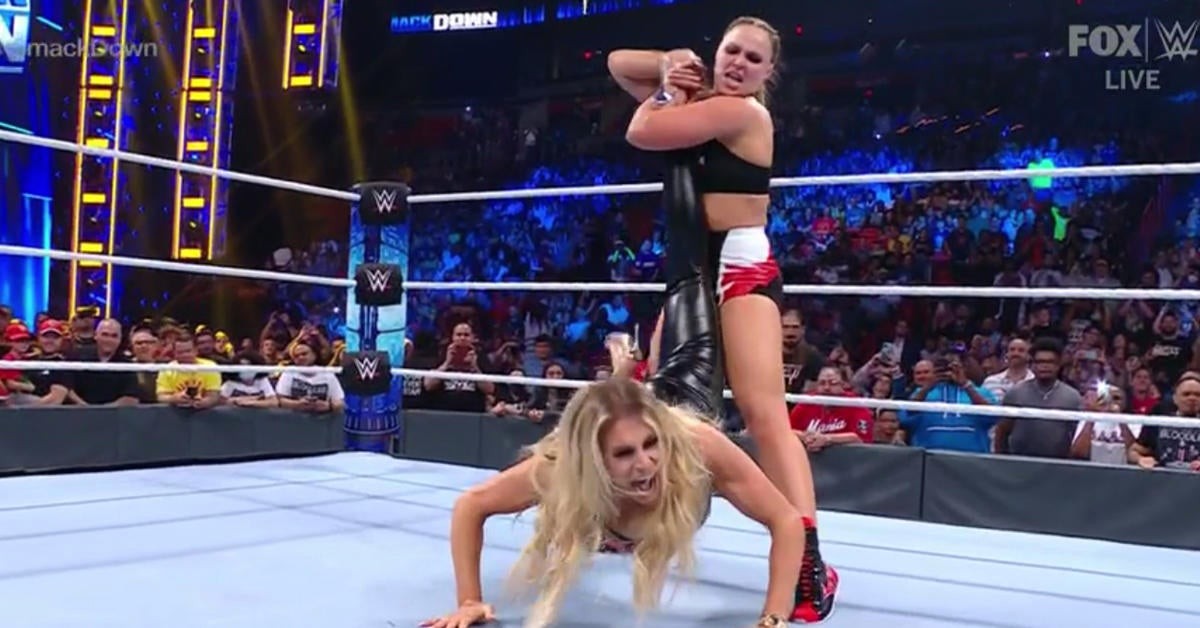 There’s no doubt that when it comes to in-ring charisma, Ronda Rousey has taken to WWE like a fish to water. The Baddest Woman on the Planet is a natural at putting on a show for the crowd, as has been evident since her debut match at WrestleMania 34. Rousey has been using the armbar as her signature move since her UFC days, but on this week’s episode of Smackdown, she debuted a brand-new finisher; courtesy of her first tag-team partner in the WWE.

Ronda Rousey has had a love-hate relationship with WWE

Ronda’s relationship with WWE, its performers and the Universe at large can be described as tenuous at best. She had a stellar first year with the company. Rousey was undefeated for most of her time with WWE and even won the Raw Women’s Championship from Alexa Bliss at SummerSlam 2018. She was part of the first All-Women’s PPV AND WrestleMania Main Event in WWE History; an accomplishment not many women can lay claim to.

And then she went and called Sports Entertainment “fake fighting for fun” and pissed off the entire industry. Her interview with Steve-O is something that drew criticism from across the board. Rousey has since acknowledged the very real consequences of injuries sustained during a wrestling match, but has continued to tow the line for legitimate fighters.

Rousey has chosen the Ankle Lock as her New Finishing Move

“Rowdy” Ronda Rousey made her in-ring debut for WWE in 2018, teaming with another legitimate fighter. Kurt Angle was Rousey’s Wrestling Rabbi, and now, he’s a part of her move set! During a segment that aired on this week’s episode of Smackdown, Rousey locked Smackdown Women’s Champion Charlotte Flair in a beautiful Ankle Lock; and made sure her ‘Mania opponent knew where it came from.

It is just another example of the in-ring ingenuity that Rousey possesses. Charlotte Flair might be a 13x World Champion in WWE, but she has had no answer for Ronda’s ruthlessness so far. And with this addition to her arsenal, we’re pretty sure that Smackdown is about to have a Rowdy Champion post-WrestleMania 38. Whether that actually happens or not, remains to be seen.