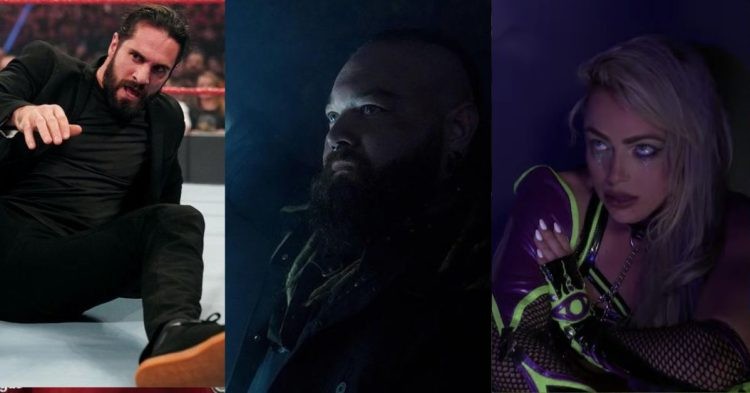 Following their defeats at Extreme Rules, Seth Rollins and Liv Morgan both have shut down their Twitter and Instagram accounts. During the WWE premium live event on October 8, both Rollins and Morgan sustained significant losses.

UFC legend Daniel Cormier served as the special guest referee for Seth’s fight over Matt Riddle in the Extreme Rules main event. Due to his experience as an MMA fighter, Matt was able to defeat Seth by tapping out. Then the lights went out, and Bray Wyatt came back.

The Baddest Woman on the Planet was right in her element at #ExtremeRules.@RondaRousey
FULL RESULTS: https://t.co/KA3wJRDxy1 pic.twitter.com/1Cxn4ahwZ6

At the premium live event, Ronda Rousey defeated Morgan for the SmackDown Women’s Title in an Extreme Rules contest. The commentators noted that Morgan was smiling as she tapped out and that she did so even after the contest. WWE hinted at the beginning of a darker character for Morgan in a backstage interview.

Although it is very soon, various speculations of this being related to returning WWE Superstar Bray Wyatt have surfaced within the WWE Universe. One of the speculations being out there is that Wyatt won’t be leading just one superstar but rather a group of them. Numerous hints were provided by the White Rabbit videos, and fans are now scouring Bray’s comeback for more hints.

It’s probably not a coincidence that both wrestlers lost their Extreme Rules matches and disabled their typically extremely active social media profiles, that much is certain.

Is Seth Rollins a part of Bray Wyatt’s faction

One of the highlights of 2022 was the comeback of Bray Wyatt, at Extreme Rules. WWE executed every detail of his comeback precisely, and he entered the arena with a dark ambiance and a screaming cheer.

After Seth was defeated by Riddle in the main event, Seth turned his Twitter and Instagram profiles to pitch black. Every WWE fan would like to believe that Wyatt’s appearance following Rollins’ loss wasn’t a coincidence. They have a long history together, starting with their faction conflicts in 2013 and ending with their fights for the Universal championship in 2019. One can only speculate on how successful the two superstars might be working together.

WWE has been teasing a lot with the White Rabbit gimmick lately. The return of the characters from the “Firefly Funhouse” in life-size figures could possibly mean a faction for Bray and could Seth and Morgan be a part of it? let’s see how WWE builds the storyline from here.