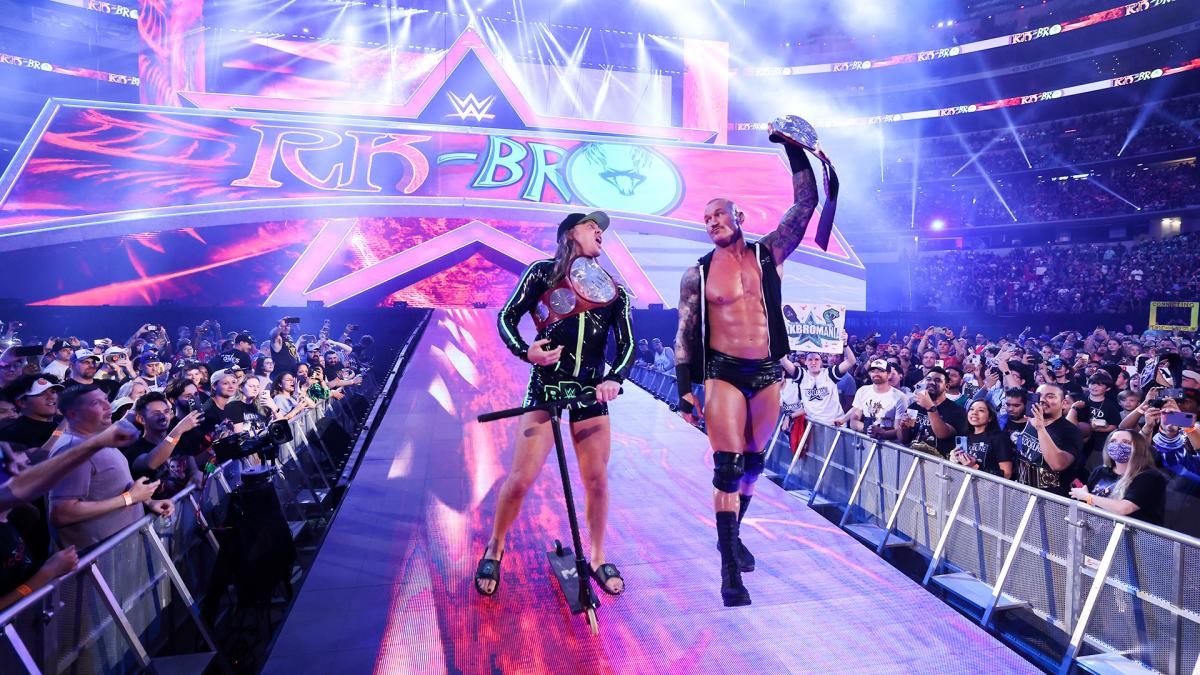 Randy Orton has had a long and illustrious career in WWE. The Viper has created several records and tonight at WrestleMania 38’s night 2, he achieves another great feat.

The incredible achievement by Randy Orton

The Legend Killer is the youngest World Heavyweight Champion in WWE history. Orton is also part of the Elite list of Grand Slam champions. Orton has won every title in the WWE, the only one he has not held is the Universal Title. The Viper has walked into multiple WrestleManias as the champion. He has entered WrestleMania holding almost every title. He had never walked into WrestleMania as a tag team champion, until tonight.

This makes Randy Orton the first person in the history of the business to have entered WrestleMania wearing all titles. It is one of the biggest achievements in Orton’s career. No other wrestler is even close to achieving this feat.

According to Vince McMahon himself, records are meant to be broken, but Randy Orton might be the only person in WWE to hold 2 records that can never be broken. Orton has held the record as the youngest World Champion in history for over 2 decades. Now, this exceptional achievement may also never be broken.

Do you think anyone else can achieve this record? Let us know.