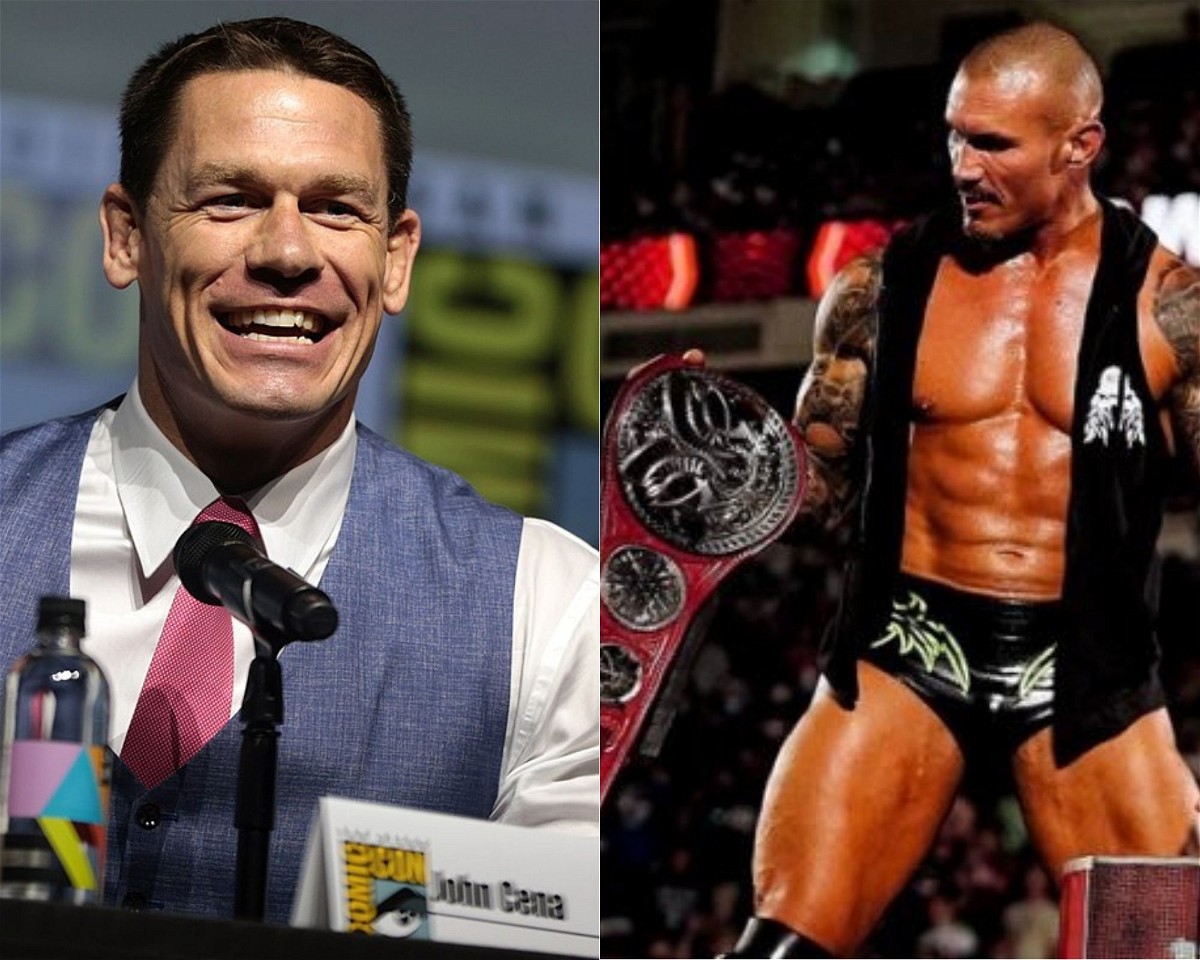 The Viper Randy Orton completed 20 years with WWE this year. WWE legend John Cena complimented Orton for his longevity and accomplishments in sports entertainment. He praised Orton for growing as a mature human being and a great athlete in WWE. Randy Orton responded to John Cena on Twitter.

John Cena is one of WWE’s greatest superstars ever. He was one of Randy Orton’s biggest rivals in the company. Cena and Orton have feuded in the main event scene for a long time. Their rivalry lasted first between 2007 and 2009 and then in 2013 and 2014. WWE released a list of John Cena’s Greatest rivals during his career. Randy Orton secured the first position as his biggest rival. Cena is now a Hollywood megastar. But he didn’t hold back while expressing his thoughts on Randy Orton on Twitter. Cena complimented the third-generation wrestler by labeling him ‘one of the greatest ever.’

John Cena and Randy Orton carried WWE during the PG era. They were the biggest stars of that era. WWE posted a video on YouTube where Orton looked back at the most impressive moments of his career. Here’s what he had to say about John Cena.

“I love John, he was my favorite opponent. Coming up, through my career, I learned a lot from him. I just remember it being like, every other match I had with John. Especially, big match John… whether it was Manias, SummerSlams, Royal Rumbles, you name it. He always had the crowd in the palm of him hand. It was a little because they loved him so much, or they hated him so much. He understood how to get those emotions from them. It wasn’t just some coincidence. Dude’s a genius. I miss you, John. I miss you.”

WWE Hall of Famer Triple H took to Twitter to express his opinion on the Apex Predator performing for 20 years in WWE. Orton first appeared in the main event scene as a member of stable, Evolution. It included Ric Flair, Triple H, Batista, and Orton himself. Triple H had been a mentor for the Viper since he started in WWE.

Randy Orton was quick to respond to the compliments shared by the WWE Hall of Famer Triple H on Twitter. Orton responded to Triple H by crediting him as the reason for his success. He called Triple H one of his most fierce opponents ever. Orton added that Triple H was a great mentor for him and thanked him for being patient during the initial days of his career.

I know it took some patience with me in the beginning ???? but thank you for not giving up on me. I couldn’t have asked for a better mentor. Everyone that crosses paths with you in this business is better for it, whether it’s inside the ring or out. Thank YOU https://t.co/uC1Rwul2Yk

Randy Orton is one of WWE’s best heels ever. His in-ring work is equally commendable as his character work. The Viper is 42-tears-old and enjoying one of the best runs of his career as Raw Tag Team Champion. He has shown no signs of slowing down.

Has the 8th Seed Ever Beaten the 1st Seed in the NBA Playoffs?