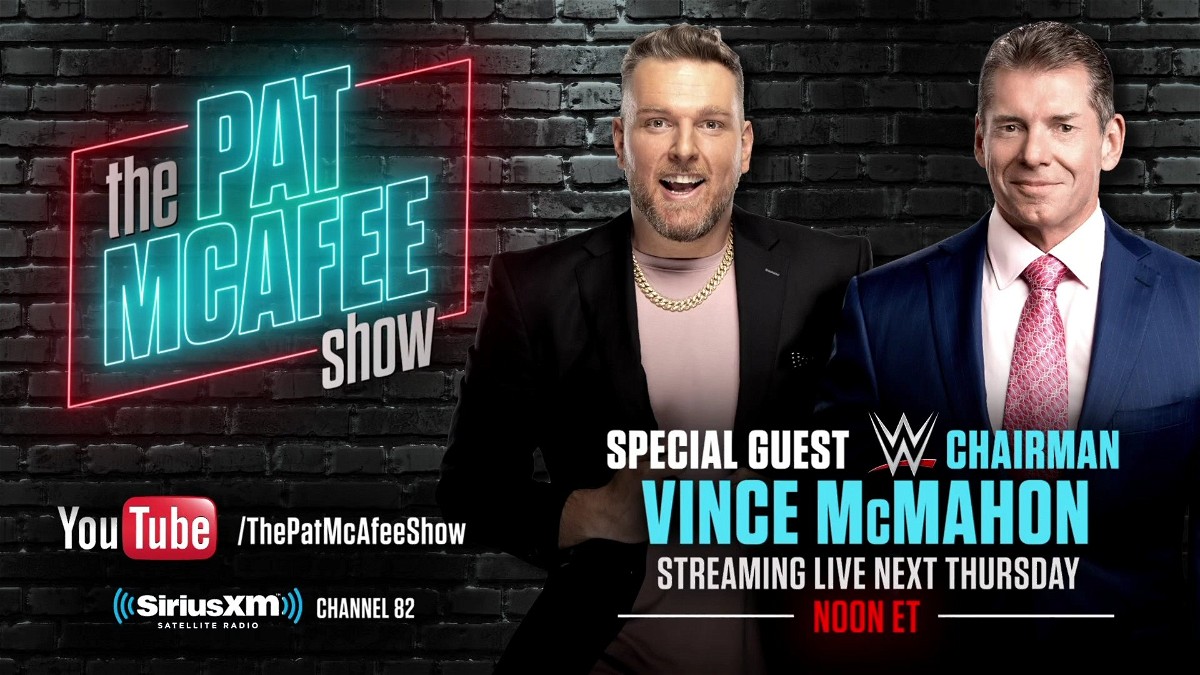 Here’s something bizarre in the world of wrestling today; Vincent Kennedy McMahon is internal listed for a match at WrestleMania 38. Yes, you read that right. At the age of 76, McMahon is looking to pull a Rock-N-Roll Express and have One Last Match; but it looks like this encounter is going to go through A-Town, Down.

Mr. McMahon has toned down the physicality in recent years

The Chairman of the WWE hasn’t had an official match in his promotion since 2010, when he took on Bret Hart in a No-Holds-Barred grudge match over the Montreal Screwjob.

These days, McMahon prefers running things behind the scenes and rarely pops up on television, either. The last time we saw him actually get physical with a WWE Superstar was when he got head-butted by Kevin Owens in 2017. That all looked set to change when Austin Theory was called up to the main roster.

Theory has caught the Billion-Dollar Eye of Vinnie Mack

The last time we saw Vince this involved in a superstar’s career, it ended up giving WWE its biggest boom period. You can argue that without Vince McMahon, we wouldn’t have The Rock. Turning heel, aligning with the Chairman and becoming the Corporate Champion of WWE is what propelled Dwayne Johnson to blockbuster status.

And now, Austin Theory has the same opportunity. The 24-year-old Superstar has been rubbing shoulders with Vinnie Mack since he was called up in the 2021 WWE Draft. The pair’s oddball, mentor-mentee relationship has been a highlight of Raw in recent months. It has also skyrocketed Theory to the main event scene.

Austin Theory’s Road to WrestleMania might go through Indianapolis

So far, Theory has been involved in the 5-on-5 Men’s Survivor Series match, the Royal Rumble and the Elimination Chamber; all thanks to Vince’s copious appreciation for spunk and moxy. Now, Theory has his sights set on the Show of Shows. During this week’s episode of Monday Night Raw, Theory expressed his genuine concern for McMahon and volunteered himself as The Boss’ Personal Security for his appearance on The Pat McAfee Show this Thursday.

“What if @PatMcAfeeShow tries to jump you?! I mean … I could be right there. I’ll be right there. I got your back.”@austintheory1 has a game plan for Mr. McMahon on the Pat McAfee Show this Thursday! pic.twitter.com/71V3YAG32G

The former NFL punter-turned-color commentator his no stranger to the squared circle himself. For a sliver in time, McAfee was the best thing going on NXT 1.0. His rivalry with Adam Cole and The Undisputed Era was the highlight of NXT programming for the better part of a year. And he can most definitely go in the ring.

The last time a young, up-and-coming WWE Superstar turned up at his studio, we got a TakeOver match out of it. This time, it looks like McAfee will be performing at the Grandest Stage of Them All. Theory vs McAfee is a mouth-watering prospect; two charismatic, larger-than-life personas who have taken the WWE Universe by storm in a year. If things play out the way we’re expecting them to, the ‘Mania match will be nothing short of stupendous.