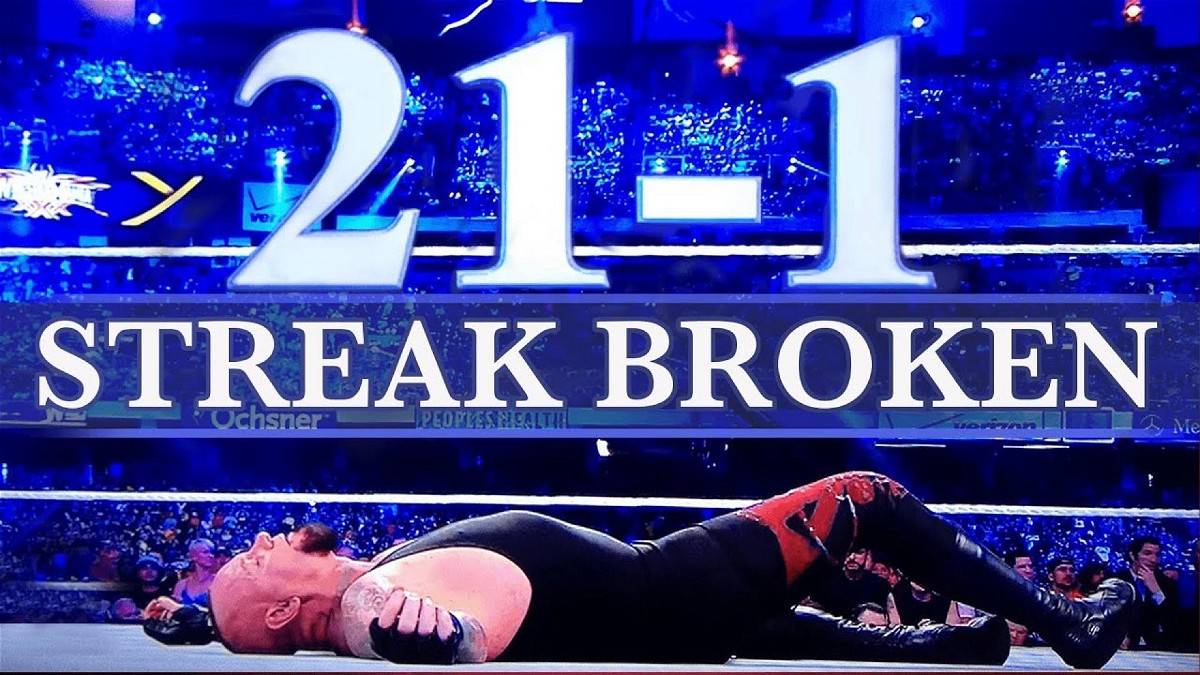 The End of The Streak (Image Courtesy: Wrestling Word)

One of Brock Lesnar’s biggest accomplishments was breaking the streak of The Undertaker at WrestleMania 30. Let’s go back in time and revisit how this match came about and the fallout.

The Undertaker is one of the pillars of WWE. One record that the Undertaker holds that can never be beaten is his WrestleMania Streak. The Deadman has retired with a record of 25 wins and 2 losses at WrestleMania. He held a record of a whomping 21 and 0 win record. The Undertaker has defeated superstars like Kane, Batista, Randy Orton, Edge, Shawn Michaels, Triple H and even CM Punk. Shawn Michaels was deemed to be his toughest challenge, the Phenom defeated the Heart-Break Kid twice and for the next two WrestleManias, he wrestled Triple H in 2 of the greatest WrestleMania matches of all time.

Brock Lesnar vs The Undertaker

On the Road to WrestleMania 30, The Undertaker challenged Brock Lesnar. This was the Undertaker’s biggest fight yet. The match as a whole was highly one-sided. Brock Lesnar took The Deadman to Suplex City and the Deadman only had a one-way ticket to the destination and he was brutally taken out. After 3 F-5’s finally, Lesnar pinned the Phenom and got the win.

What was your favourite WrestleMania match of The Undertaker? Let us know in the comments.